The humanoid blasted off “in a Soyuz MS-14 spacecraft at 6:38 am Moscow time (0338 GMT) from Russia’s Baikonur cosmodrome in Kazakhstan.” He is scheduled to dock at the International Space Station on Saturday and stay until September 7.

The launch is unmanned in order to help test new emergency rescue systems on board. The humanoid was strapped into a specially-made pilot seat with a small Russian flag in its hand before being launched into space. It even said: “Let’s go, let’s go,” during the launch, an homage to the famous phrase used by first man in space Yuri Gagarin. 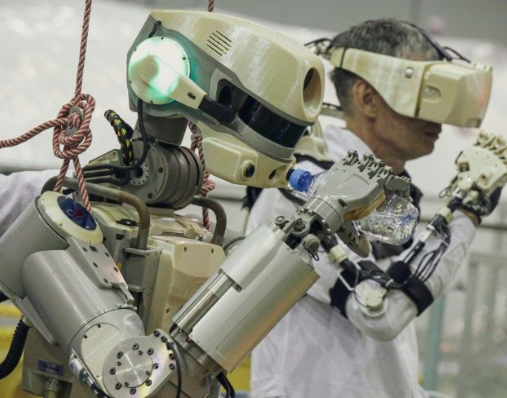 The human-like robot stands about 5‘11“ tall and weighs about 353 pounds. And of course, what would a scientific technological advancement be without having its own Instagram and Twitter accounts? Fedor’s social media accounts update its followers with posts on when it acquires new skills, like opening a bottle of water.

“The first stage of in-flight experiments went according to the flight plan,” Fedor Tweeted after reaching orbit.

At the International Space Station, the robot will have a chance to try these skills in a low gravity environment.

Russian space agency’s director for prospective programmes and science, Alexander Bloshenko, said: “That’s connecting and disconnecting electric cables (and) using standard items, from a screwdriver and a spanner to a fire extinguisher.”

Fedor copies human movements, which is a key skill that allows it to help astronauts remotely while humans are strapped into an exoskeleton. These humanoids could eventually carry out dangerous operations, like spacewalks, instead of putting humans at risk.

The humanoid is also described as being potentially useful for high radiation environments and tricky rescue missions. The robot was initially developed for the emergencies ministry, but it can also be seen seen shooting at targets using two handguns in a video posted by Russian space agency chief Dmitry Rogozin.

At the ISS, the robot will perform tasks supervised by a Russian cosmonaut who docked at the ISS in July. The cosmonaut will “wear an exoskeleton and augmented reality glasses in a series of experiments later this month.” 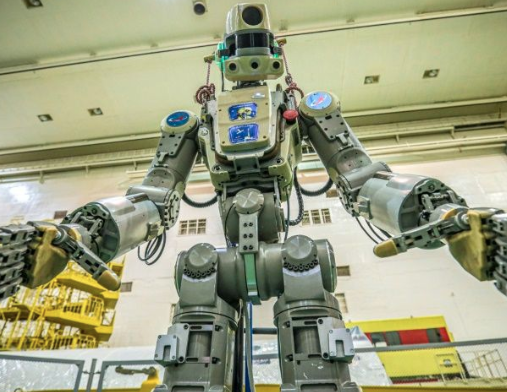 Fedor’s legs will be immobilized on the space station because it isn’t yet trained to grab handles and move in microgravity conditions. While showing President Putin photographs of the humanoid robot, space agency chief Dmitry Rogozin told him: “In the future we plan that this machine will also help us conquer deep space.”

Russian media also speculated that these types of robots will be used in Russia’s moon program.

Although Fedor is the first Russian humanoid robot to make it to space, he is not the first robot globally to make the journey. In 2011, NASA sent up a humanoid robot developed in conjunction with General Motors that had a similar aim of working in high-risk environments. It experienced technical difficulties and was flown back to the earth in 2018.

Did Covid-19 Just Pop All the Global Financial Bubbles?

US Versus China: From Tariff War To Economic War