In one of the most downbeat forecasts on the global economy that we’ve seen so far this year, the Paris-based organization of wealthy nations known as the OECD – the Organization for Economic Cooperation and Development – warned that the global economy is heading toward a recession, and that governments aren’t doing enough in terms of fiscal stimulus to try and boost the economy.

The advocacy for fiscal stimulus follows reports that Germany is considering a “shadow budget” to bolster public investment as Europe’s economy slides.

“Our fear is that we are entering an era where growth is stuck at a very low level,” said OECD Chief Economist Laurence Boone said. “Governments should absolutely take advantage of low rates to invest in the future now so that this sluggish growth doesn’t become the new normal.”

After cutting all of its forecasts from four months ago, the OECD now sees global growth slipping below 3% to 2.9%.

Of course, this pattern of cutting GDP forecasts is nothing new.

The OECD became the latest to warn about the global economy, after the Fed, the ECB and the PBOC have all eased policy to try and bolster growth in recent weeks. But the OECD is convinced that without government stimulus, the global economy is headed for a protracted downturn. 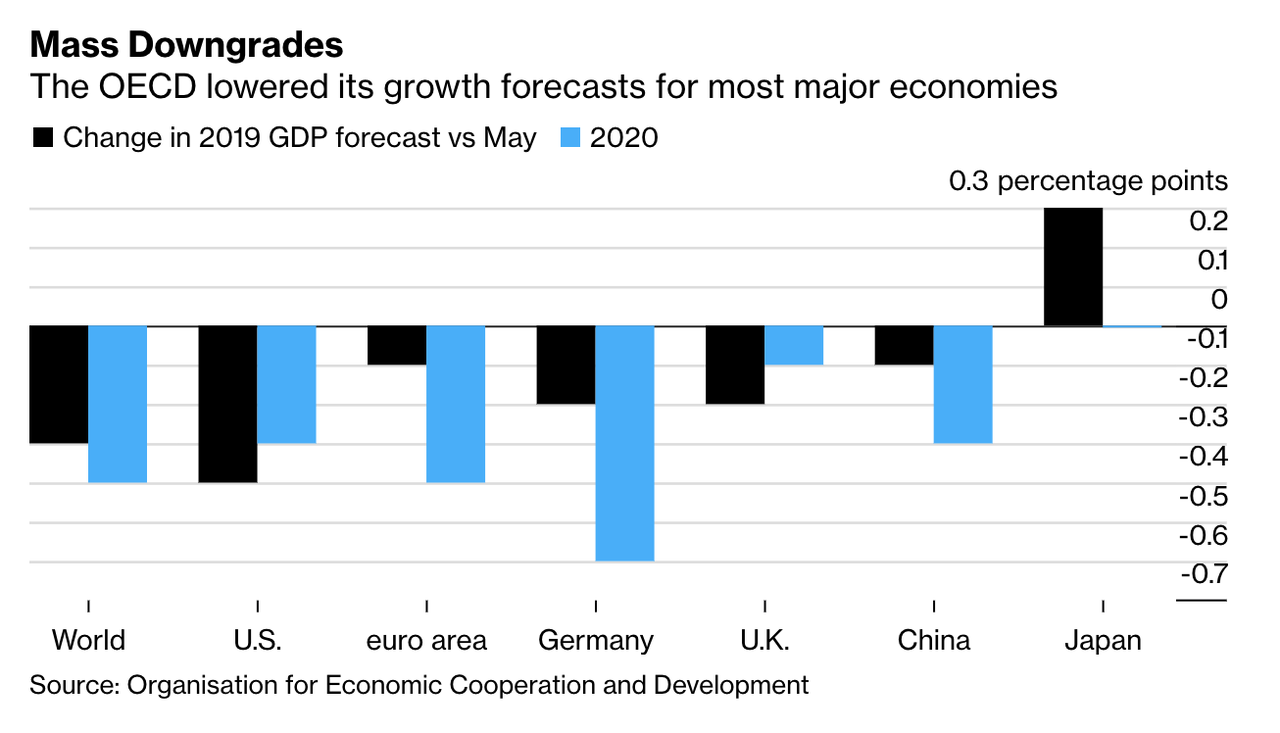 Manufacturing has born the brunt of the economic slowdown thanks to the tit-for-tat trade war between the US and China, while the services sector has proved unusually resilient so far. But the OECD warned that “persistent weakness” in industry will ultimately weigh on the labor market, dragging down household incomes and spending. 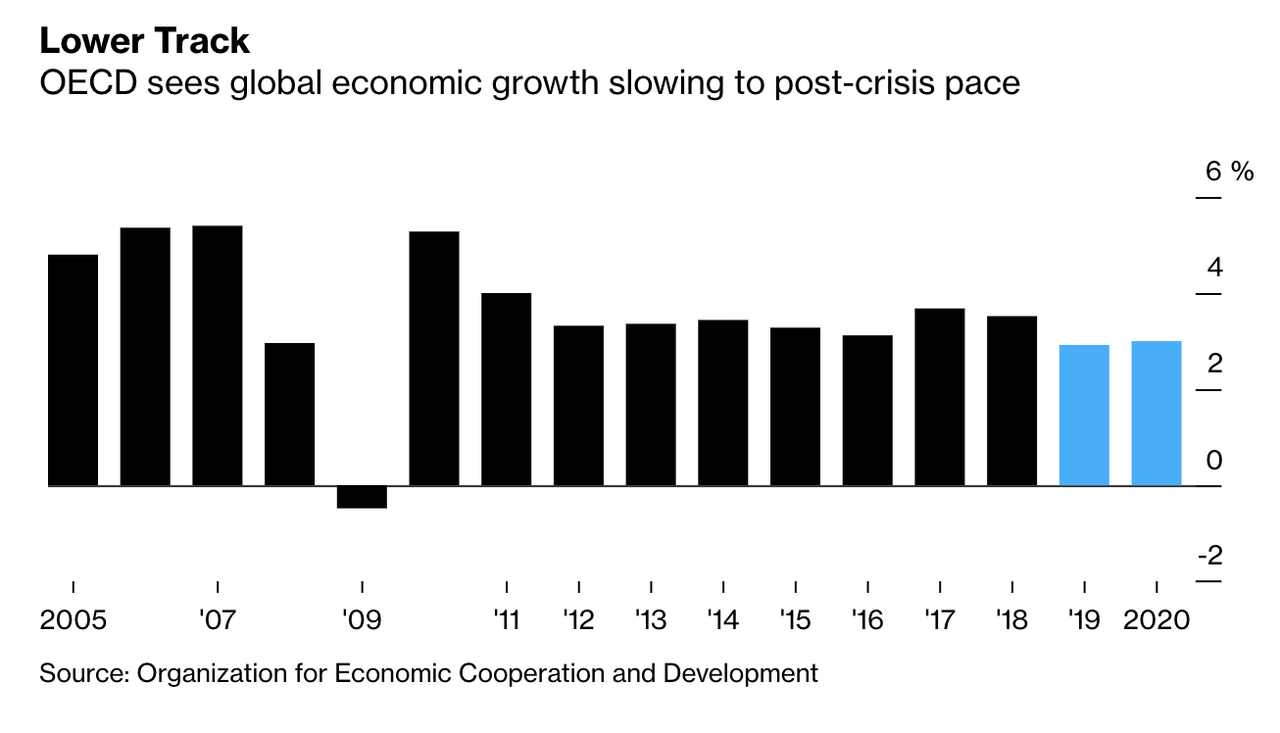 Not knowing whether the next Presidential tweet will ease or exacerbate tensions makes for an environment of extreme uncertainty, pushing businesses to turn cautious on investment and hiring, and households to switch from spending to saving.

“Trump’s brinkmanship on trade with China has left consumers, businesses and financial markets on edge.”

The OECD said “collective effort is urgent,” and the effectiveness of monetary policy could be enhanced by “stronger fiscal and structural policy support.”

According to CNBC, the OECD’s lower forecast for the EU was largely due to the slowdown in the bloc’s biggest economy, Germany, which was forecast to already be in a technical recession.

Of course, a report about global growth wouldn’t be complete without some Brexit  fearmongering, and the OECD is no exception. If the UK leaves without a deal, as is widely expected across Europe, its economy will be 2% lower than otherwise in 2020-2021, even if the exit is relatively smooth.

It’s a point central bankers have made for months. Following the ECB’s latest monetary stimulus push, outgoing President Mario Draghi said it’s “high time” for fiscal policy to take charge, signaling there’s not much more the ECB can do. “The takeaway for the euro zone today is do not rely on monetary policy to do the job alone,” Boone said. “Start investing to do the structural reforms that need to be done for more sustainable growth, and do it now.”