South Korean regulators have launched strict rules for cryptocurrency startups and crypto traders, and this has forced many Koreans to list and or trade on foreign exchanges. As a result, the majority of domestic exchanges are at risk of imploding, reported BusinessKorea.

An increasing amount of South Korean blockchain startups are listing on foreign exchanges than domestic ones. International exchanges have introduced South Korean won for crypto to fiat-involved transactions without real-name accounts, and this move has attracted cryptocurrencies projects in the country to list on oversea exchanges. 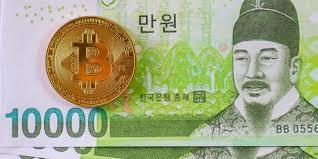 BusinessKorea said Binance Labs, headquartered in the European Union, has added the won feature to its platform to attract cryptocurrency projects from South Korea.

Medibloc and Temco, are two Korean blockchain projects that are expected to list on foreign exchanges.

One reason for the souring conditions of domestic exchanges is that hundreds of smaller ones cannot open real-name virtual accounts, which means, traders cannot convert digital assets into fiat, or won.

The country’s four largest exchanges, Upbit, Bithumb, Coinone, and Korbit, allow traders to swap digital assets for fiat. Still, traders have to use their legal name on the account as part of Anti-Money Laundering regulations enacted in 1Q18. Crypto traders tell BusinessKorea that investors cannot benefit from anonymity, one of the fundamental characteristics of cryptos, so many have shied away from the major exchanges in the country.

BusinessKorea warned: “It is no exaggeration to say that 97 percent of domestic exchanges are in danger of going bankrupt due to their low volume of transactions.”

And it seems the dominos have already started to fall.

South Korea’s Prixbit cryptocurrency exchange declared it would cease operations in early August. The founder of the company said: “Due to negative internal and external influences, management difficulties could not be overcome and the normal operation became impossible.”

San Fransico-based software entrepreneur Frank Marcantoni said as long as regulators in South Korea continue to intervene in domestic crypto markets with more stringent regulation(s), crypto firms will continue an exodus to foreign exchanges. He added, tighter regulations, as per what BusinessKorea said, would likely result in more exchange failures in 2020.