Army To Field Hypersonic Missiles By 2023

Army To Field Hypersonic Missiles By 2023

About 45 days after the Army awarded two hypersonic missile contracts, one to Dynetics and the other to Lockheed Martin, the service has confirmed that the Common Hypersonic Glide Bodies (C-HGB) in development, will be fielded in the next four years, reported National Defense.

Robert Strider, Deputy of the Army Hypersonic Project Office, told the audience at the 2019 AUSA convention in Washington, DC, on Monday, that upwards of 20 C-HGBs will be fielded in 2023.

“Those words are tattooed on every one of us within the rapid capability and critical technologies office,” Strider said. “The booster that we’ll use to launch it will be absolutely common with the Navy. In fact, there’s a [memorandum of agreement] in place that put the Navy in charge of design and the Army in charge of production.”

Strider said a mobile ground launcher is now being designed to hold eight C-HGBs. Each missile will be capable of Mach 5 travel, or about 3,800 mph.

Hypersonic missiles are one of the service’s top modernization efforts at the moment, mostly because of hypersonic programs in Russia and China are years ahead of the US.

Dynetics won the first contract to produce 20 C-HGB for both the Army and the Navy, Strider said.

“They’ve got a team built around them … at Sandia [National Laboratories] right now, learning all the processes and procedures to build this very unique system,” he said.

The second contract was awarded to Lockheed Martin, who will upgrade eight of the C-HGBs with guidance systems, rocket boosters, and protective canisters.

In our report last month on the hypersonic contracts, we noted how both contracts used Other Transaction Authority (OTA) to bypass the usual procurement process to field the weapons faster.

Traveling at March 5, the C-HGBs can outmaneuver the world’s most advanced missile defense shields. 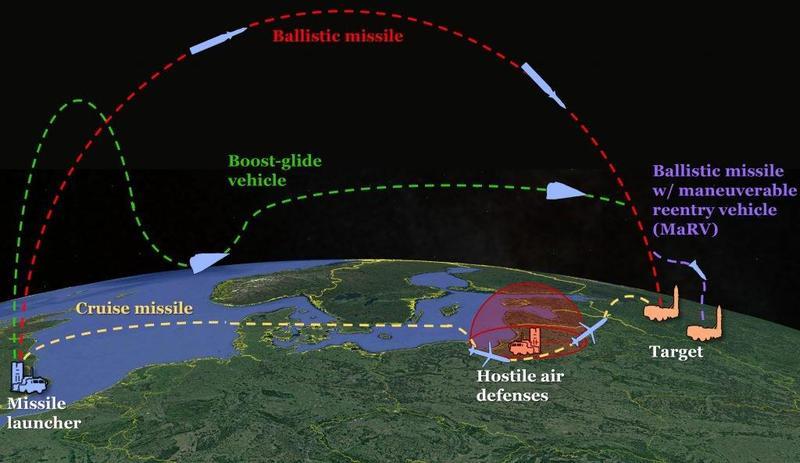 While the Army and Navy are racing to field hypersonic weapons by 2023, Russia has already deployed hypersonic missiles, and China isn’t too far behind.