“My House Could Be Burning Right Now”: LA Menaced By Wildfires Burning Across California

“My House Could Be Burning Right Now”: LA Menaced By Wildfires Burning Across California

Wildfires burning across the state of California have charred nearly 30,000 acres. Once again, high, dry winds blowing across the state helped ignite the fires, even as PG&E sporadically cut power to different areas hoping to prevent its equipment from sparking another blaze.

Less than 40 customers in Kern County are still out of power. The all-clear for Kern County is expected midday tomorrow.

“PG&E expects all customers to be restored Friday pending any damage to equipment that must first be repaired before safely restoring power,” the press release said. 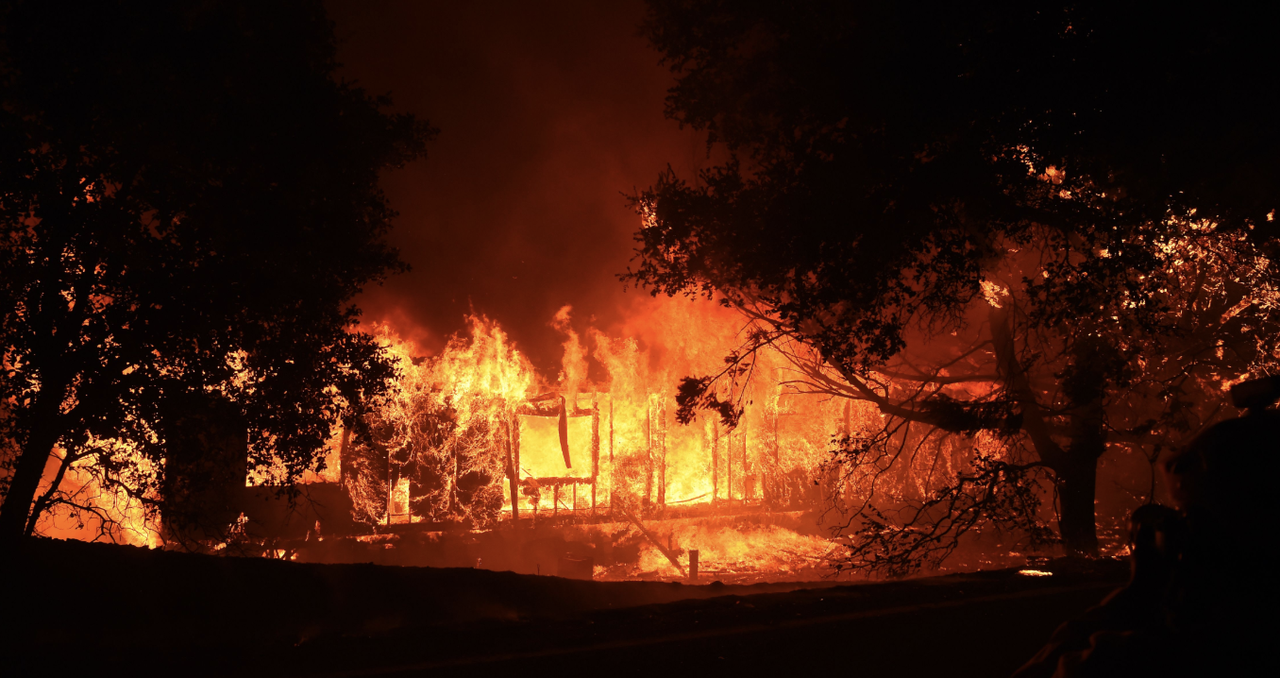 As far as the fires go, they seem to be slightly more tame than the wildfires that burned through the state last year and the year prior. The largest of the group of nine, the Tick fire, is burning at 0% containment, said Los Angeles County Fire Department Chief Daryl Osby during a Thursday evening press conference. The fire is burning just north of LA.

He also said that local, state, and federal authorities are working to put out the Tick fire, which has impacted 10,000 structures and damaged several more, with more than 500 firefighters on the ground. They are experiencing winds at 20 miles per hour, with some gusts reaching as high as 40 miles per hour.

One woman who spoke to the LA Times said the fires have never gotten this close to her home before.

Canyon Country resident Marcia Armijo, 60, left her office at the Los Angeles County Sheriff’s Department early Thursday for a doctor’s appointment. The staff there told her to evacuate — and fast.

“I rushed home and started gathering all the important papers,” she said.

She packed an overnight bag and got her cat, Maxwell, and her dog, Hope, ready to leave.

“The fires have gotten close, but never like this,” said Armijo, who has lived in Canyon Country for 20 years. “I have no idea if my house is burning down right now.” 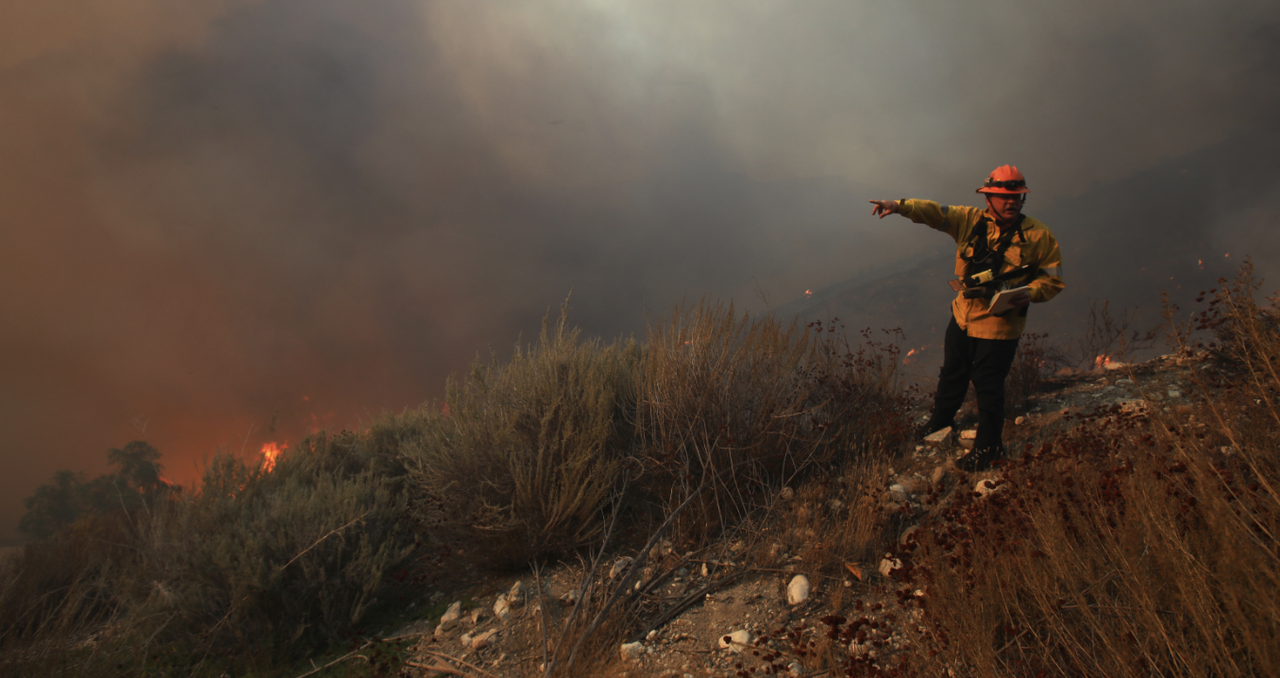 Despite President Trump’s comments last year about refusing to offer federal funds to fight the wildfires in the state, California has secured money from FEMA to help fight the Tick Fire, according to Gov. Gavin Newsom. 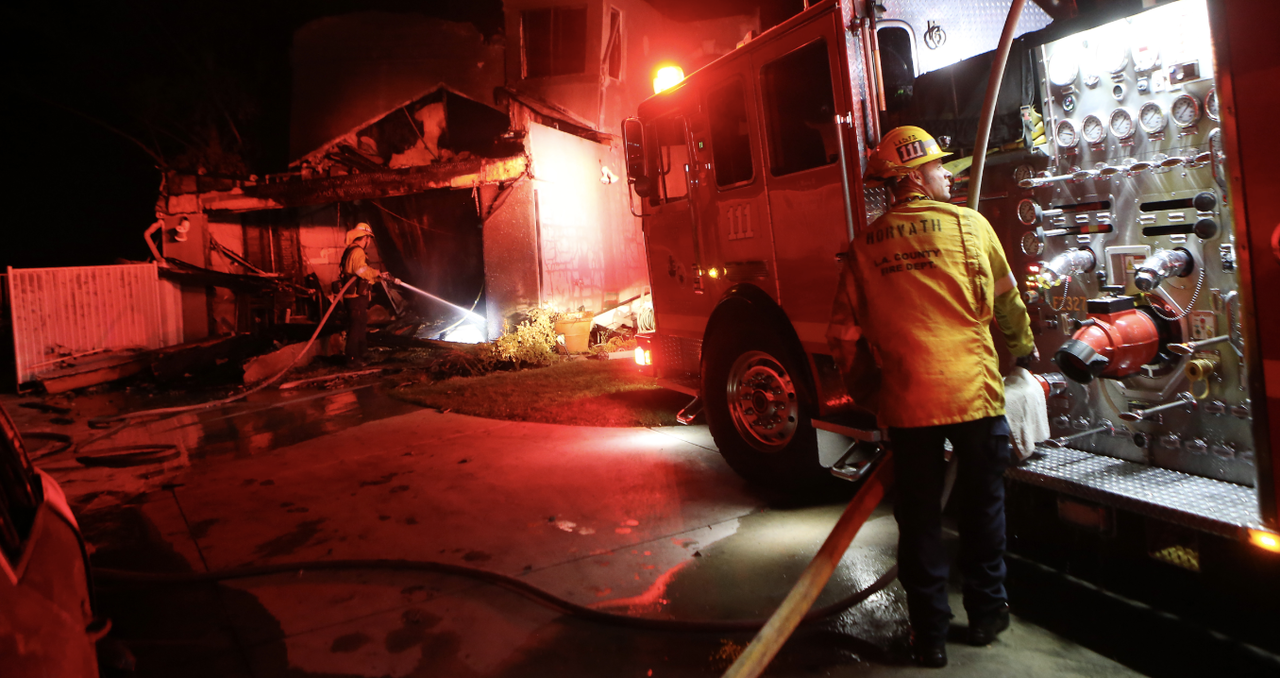 Meanwhile, the Kincade Fire, which is burning northeast of Geyserville in Sonoma County, has now reached 16,000 acres and is only 5% contained, officials from Cal Fire said. Offering some unsettling information about the fire’s provenance, officials from the company said the fire started near a PG&E transmission tower in Sonoma.

CNN has a brief summary of the biggest fires currently burning in the state:

The Kincade Fire ignited Wednesday night in Sonoma County, and burned 16,000 acres by Thursday night. It is at 5% containment. 49 structures have been destroyed. It’s unclear how many of those lost were homes.

It was fueled in part by high winds that had already prompted California electric utilities to intentionally cut power to thousands of residents.

The Tick Fire, in Los Angeles County, has burned about 3,950 acres, and is also at 5% containment. 40,000 residents are under evacuation orders, and there are 10,000 structures under threat. At least six structures have been burned, but final figures are not yet known.

The Old Water Fire, in San Bernadino County, had burned 75 acres with 30% containment as of earlier this afternoon. There were several more flare ups during the day, but the county fire department said the threat to the national forest has been “mitigated.” All evacuation areas have reopened to residents with proper identification.

The Cabrillo Fire, south of Pescadero in San Mateo County, broke out earlier this evening. It has burned 95 acres and is 25% contained.

the fires are expected to burn through the weekend and well into next week, if not longer.

Welcome To The “New Normal” (In 50 Headlines)