Federal budget deficits need to be analyzed nowadays in the context of how much it is propping up the economic growth cycle because after a decade of record federal deficits the current business cycle would ran out of gas without ongoing federal borrowing to support public and private sector spending and activities.

The current decade-long business cycle has received unprecedented support from the federal government. For example, in the last 10 years the federal budget deficit averaged $830 billion per year, and the cumulative deficits of the past decade have exceeded the budget deficits in the previous 50 years combined by nearly $2 trillion.

Measured in relation to the Gross Domestic Product (GDP), the annual budget deficit in the past decade averaged 4.8%. That’s the first time in the post war period that during an economic growth cycle the scale of the budget deficit exceeded the annual growth (4%) of nominal GDP.

Federal budget deficits require the US Treasury to borrow money from the financial markets because the revenue intake is insufficient to meet all of its financial obligations. At various times these deficits help pay for all of the programs and agencies of the federal government, grants to individuals, businesses and state and local governments, interest payments and enable businesses and individuals to pay less in taxes than what otherwise would occur. In the end, the federal deficit represents excess spending, funded by the US Treasury, which eventually finds it’s way directly or indirectly into the economy.

The decade-long growth cycle might appear that monetary and fiscal policymakers have become so adroit that it can offset every potential dip in economic activity and create an endless and uninterrupted expansion. That would be a mistake. The right question that needs to be asked is whether efforts by policymakers to extend the cycle has increased it vulnerabilities? One area of potential vulnerability has to be the scale of continuous support from federal deficits to finance public and private spending.

To be fair, federal budget deficits have been a common feature of business cycles, but over the course of economic growth cycles deficits have tended to narrow and in some cases disappear. In fact, at the end of the two long expansions of the 1960s and the 1990s the federal government budget recorded a surplus. In the fiscal year ending on September 30th, the US recorded a $984 billion budget deficit (4.6% of GDP), a clear sign that in its 10th year of expansion the current cycle is still heavily dependent on support from the federal sector. 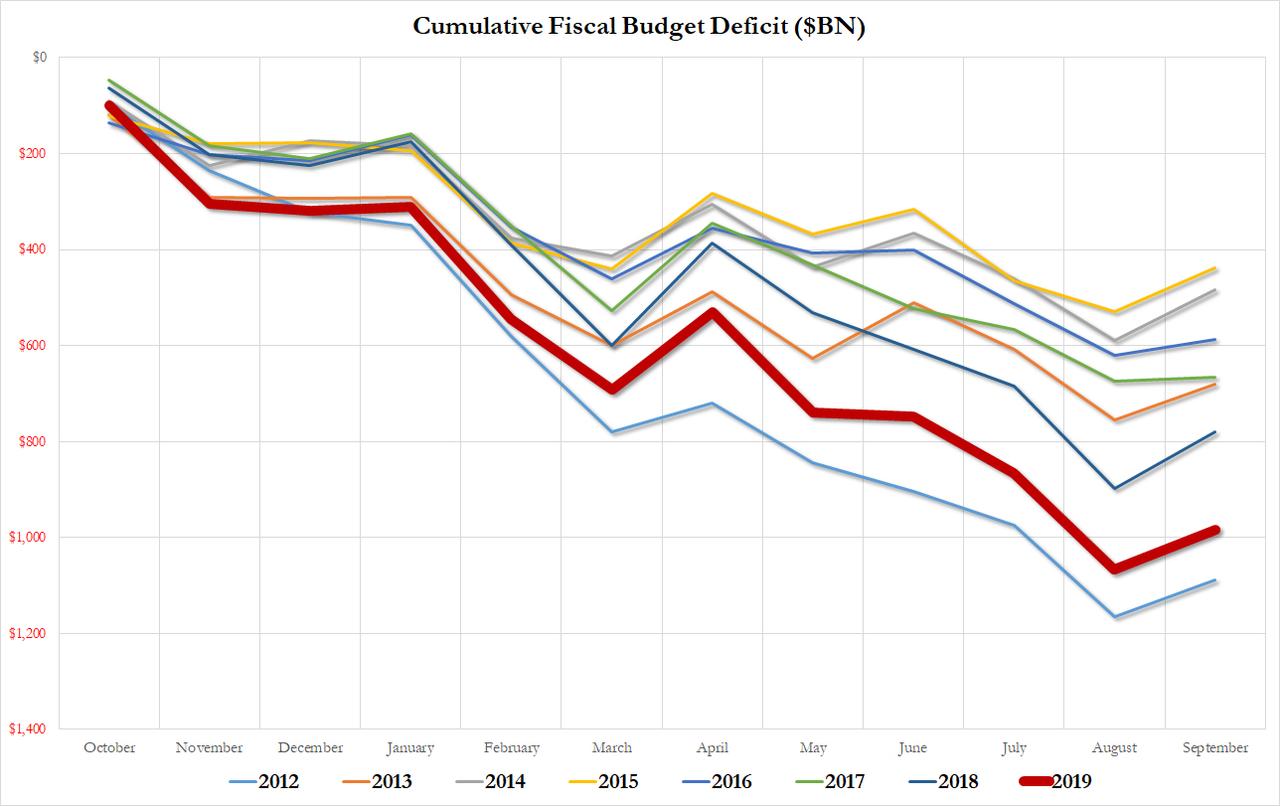 The question is not whether these relatively large deficits can continue but what happens if they do? Based on current policies, the Congressional Budget Office projects that annual budget deficits will average $1.2 trillion a year over the next decade, or 4.7% of GDP, essentially the same scale in relation to the economy of the past decade.

Fiscal policy was always a tool to be used to support the economy from its faults, bad decisions and imprudence. Throughout the post war period fiscal policy has been reactive at times, but it has never been so accommodating for so long.

Conventional wisdom nowadays says deficits don’t matter, but that ignores the “vulnerability” of the current business cycle being so dependent on federal deficits.

Consider the collapse of a building after an earthquake strikes. The most probable cause of the building falling to the ground was the shock from the earthquake, but the underlying cause could well be a faulty foundation. The building was able remain standing as long as no shock came along.

It is always difficult to predict what “shock” could trigger the next recession, but the reliance on federal deficits to support public and private spending should draw attention to the structural weakness of the current cycle. At present, the US economy is vulnerable to any type of shock, and fiscal policy is in a uncertain position as it cannot reverse course and introduce fiscal drag into an economy so dependent on budget deficits, nor is it in a position to help moderate the effects of a shock if one occurs. Policymakers understand that they cannot prevent every recession, but large budget deficits add instability to a weak economic environment, raising the odds of a bad outcome.