Trump Unloads On “Very Nasty” Macron, Insists France “Is Not Doing Well Economically At All”

Trump Unloads On “Very Nasty” Macron, Insists France “Is Not Doing Well Economically At All”

With his allies up in arms over his latest tariff threats directed at France, President Trump landed in London early Tuesday, accompanied by First Lady Melania Trump, for a two-day summit marking the 70th anniversary of the military alliance’s birth. Trump is notorious for blaming America’s NATO partners for not paying their fair share when it comes to financing the military alliance.

Sitting alongside NATO General Secretary Jens Stoltenberg at Winfield House in London, Trump delivered a rambling address that marked the beginning of the summit, bragging about his progress with China, and claiming that the US is doing ‘very well’ when it comes to the still-unsigned ‘Phase One’ trade agreement. 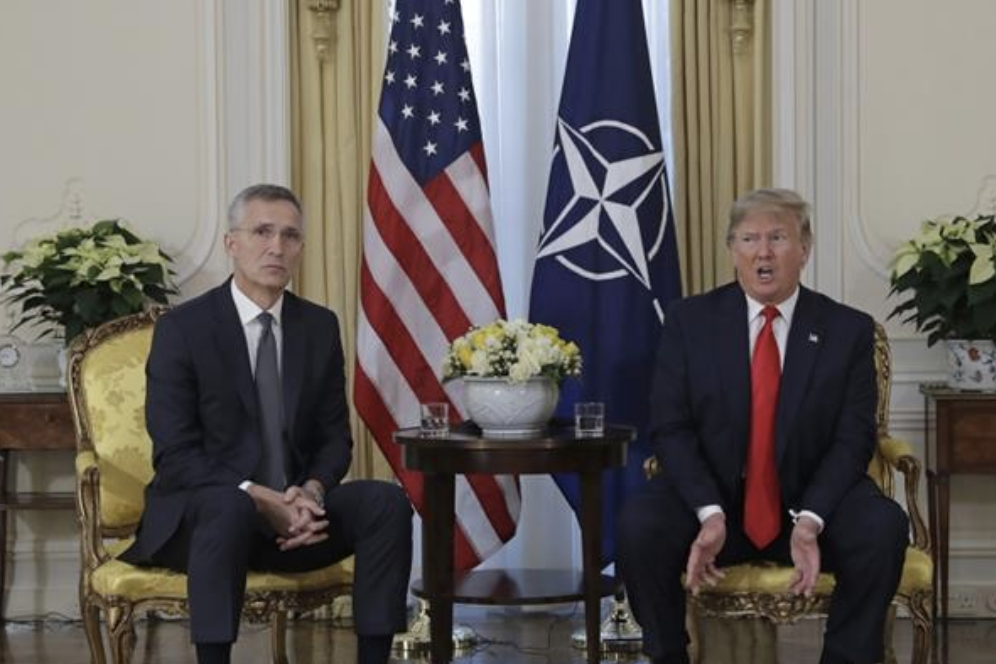 There was talk of arms control progress, with Trump insisting that “Russia wants to do something badly and so do we.”

During previous administrations, summits like this one would have been a snoozefest. But President Trump has spiced up several NATO summits by starting drama with one or more of his fellow Nato leaders.

Justin Trudeau and Angela Merkel have been favorite targets of his in the past; but Trump is focusing his ire on French President Emmanuel Macron.

The problem is that Macron apparently told The Economist Magazine that Nato was experiencing “brain death,” and warned that members of the alliance could no longer rely on the US.

Unsurprisingly, Trump took umbrage at this, and dedicated a few minutes of his opening press conference to trashing Macron, accusing him of being “very, very nasty” and that it was “very insulting” for the French president to label Nato “brain dead.”

Watch a clip of Trump’s remarks below:

Trump added that relations between the US and European Nato members were not causing any divide, except with France. He could even envision France ‘breaking’ away from the military alliance.

“I do see France breaking off. I’m looking at him and I’m saying he [Macron] needs protection more than anybody and I see him breaking off, so I’m a little surprised at that,” Trump said.

Returning to the tariffs once more, Trump slammed France for trying to raise money via a “digital tax” levy on US tech giants like Facebook and Google.

“They are starting to tax other people’s products, so we are going to tax them,” Trump said

He also took a swipe a France’s economy, with its high unemployment rate, claiming that the country was “not doing well economically at all.” There’s some truth to that: The Q3 unemployment rate climbed o 8.6%.

Of course, some of the most scathing criticism of Nato has come from President Trump, with the president repeatedly declaring the alliance obsolete.

The president also made some comments about the possibility of delaying notifications.

The Marshall Plan Myth Lives On