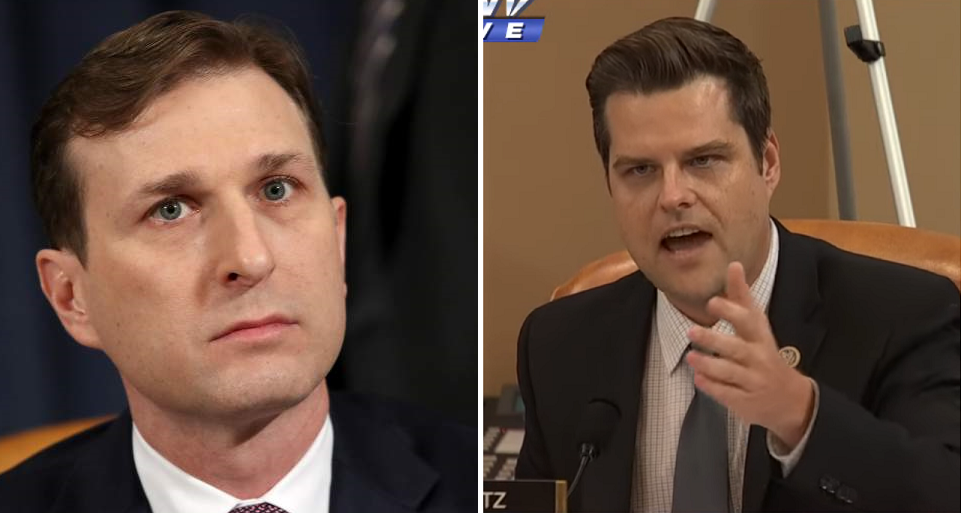 Gaetz first asked GOP impeachment attorney Stephen Castor if he’d ever made political donations, to which he replied “I don’t remember any.”

The Florida Republican then asked Democratic attorney Daniel Goldman the same question, to which Goldman replied “I do sir.“

Gaetz took it from there – saying “matter of fact, you’ve given tens of thousands of dollars to Democrats, right?”

“Have you given over $100,000?” Gaetz asked. “Do you think if you’d given more money, you might have been able to ask questions – and answer them like Mr. Berke did?” referring to an incident earlier in the day in which House Judiciary Committee attorney Barry Berke was able to directly question Castor – despite him testifying just minutes earlier.

Gaetz then trots out Castor’s anti-Trump tweets – asking him if he regrets tweeting “Nothing in the dossier has proved to be false (including your pee tape)” last August, then outlining all the things the dossier got wrong.

Castor was speechless – mostly because Gaetz wouldn’t let him get a word in edgewise.

CIA Briefed Colleagues Of Khashoggi That Saudis Are Now Targeting Them