The Global Times is out with a new opinion piece on Tuesday morning, stating how China will expand its pork imports with Brazil rather than the US.

We’ve been covering this trend for the last several months, while the Trump administration continued to promote headlines indicating China was buying massive amounts of agriculture products from the US, including pork and soybeans. But as we noted, this wasn’t the case, and China abandoned US markets for Brazil.

BS SA and BRF SA are the Brazilian meat companies that will start sending pig byproducts to China.

As we’ve noted in the past, the US has likely lost its label as the top producer in supplying China with agriculture products because of the trade war, which has led to a decoupling of both economies and forced China to head to South America for new sourcing channels.

China’s “pig Ebola” wiped out about half of the country’s breeding pig population so far this year, forcing pork spot prices to hyperinflate, which resulted in the consumer price index jumping 4.5% Y/Y in Nov., well above the 4.2% consensus expectation, and the highest annual increase since 2001.

The pig shortage sent the country’s food inflation rate to a record +19.1% in November from +15.5% in October, primarily on higher inflation in fresh vegetable and pork prices. 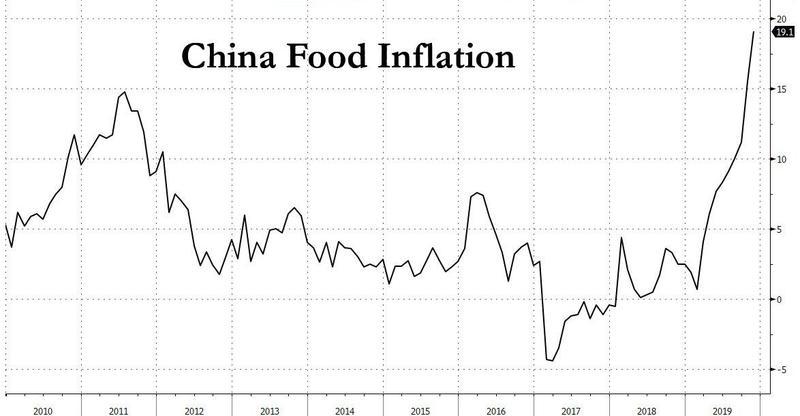 To prevent further socio-economic unraveling spurred by soaring food inflation, China had to act quick, and that’s why they’ve started sourcing pigs from Brazil to fill the gap in the pork deficit. 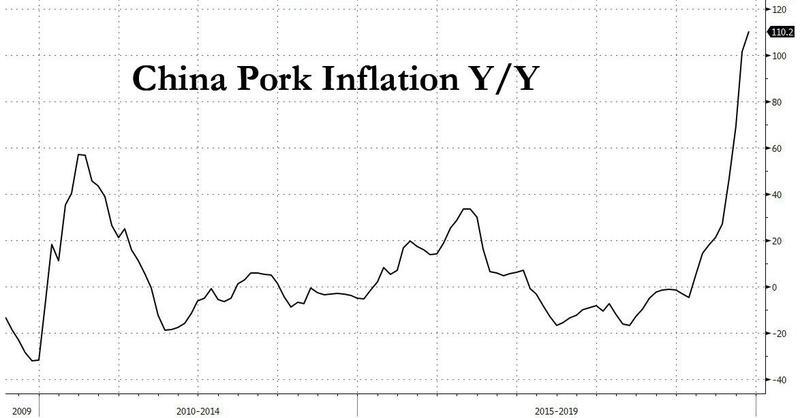 In other reports, we noted that China typically sources most of its soybeans from the US between October and January, though that wasn’t the case this year.

Several significant trends were spotted on the map. The first is how a massive flow of vessels are moving back and forth from Brazilian and Argentinean ports to Europe and China. The second observation is the muted activity on either coast of the US.

And maybe there’s some validity to the Global Times opinion piece since it appears China has gone elsewhere for its agriculture needs.

Still, if there were crop failures or any livestock disease outbreaks in South America, China would have to renter US markets for pigs and soybean.

Lockdown-Defying Speakeasies Cropping Up Across Manhattan