Russia’s Only Aircraft Carrier Has Erupted In Flames

Russia’s Only Aircraft Carrier Has Erupted In Flames

According to TASS News and social media footage, a fire has erupted onboard Russia’s only aircraft carrier, Admiral Kuznetsov, at a naval dock in Murmansk, northwest Russia. The aircraft carrier was undergoing repairs and maintenance when fuel tanks caught fire. 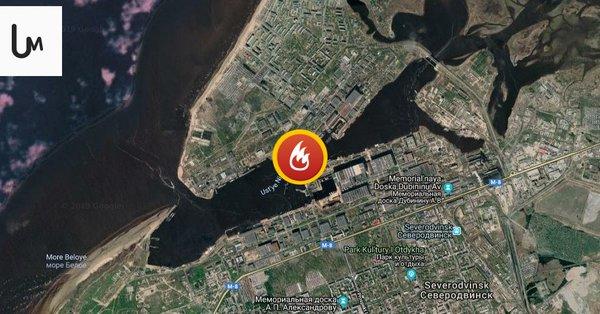 RT News reports a “blaze was sparked by welding in the first power section on the ship’s deck, after which the fire spread to a space of 600 square meters.”

The Emergencies Ministry told TASS that “three people have been injured. All of them are receiving medical assistance,” adding that, “Eight people have been rescued by the emergencies services and firefighters, and one person has gone missing.”

3 wounded in fire at Admiral Kuznetsov. Firefighters say that fire in wires system of the vessel, and they cannot get to it. Governor of Murmansk region is heading to the site https://t.co/qUQi5yxO83 #Russia pic.twitter.com/KU5WNbs9dM

Aleksey Rakhmanov, head of the state-run United Shipbuilding Corporation, told Interfax that the fire was possibly sparked by “a human factor.”

Russia’s only aircraft carrier had been undergoing repairs and maintenance since the second half of 2017, after performing combat missions in the eastern Mediterranean Sea, providing air support for the Bashar al-Assad government of Syria in the country’s near-decade civil war.

The Origins Of The Deep State In North America, Part 3

The Deep Historical Background of the Tiananmen Square Massacre

Savings vs. Money: Which Is More Important?