Canceling Debt And The Debate Over 5,000 Year Old Economic Policy

Canceling Debt And The Debate Over 5,000 Year Old Economic Policy

History is repeating itself. A 5,000 year old idea, stemming from a “jubilee” in ancient Babylon where a new king would erase the population’s debt, is again catching on – but this time in the United States. Talk about an adoption cycle coming back around. It only took 5,000 years.

Now, the “faint echo” of this idea, as Bloomberg calls it, has become part of the fabric of Democratic presidential candidates like Elizabeth Warren and Bernie Sanders, who both aim to cancel over $1 trillion in student loans and $81 billion in medical debts. 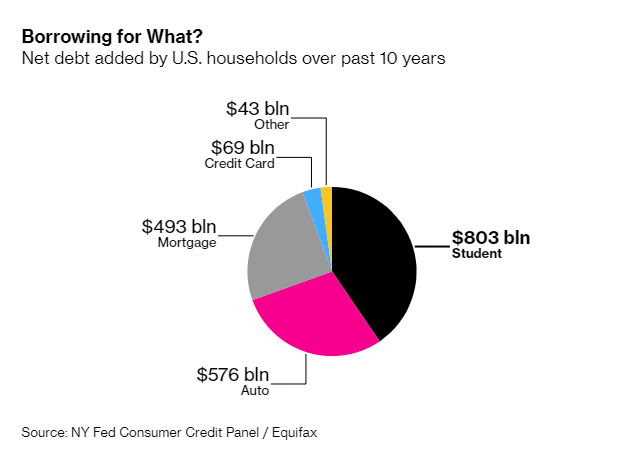 Even President Trump’s senior student-loan official resigned in October, saying that the American way of paying for higher education was “nuts” and that wholesale write-offs should be considered.

Medical debt and student loan debt are constantly cited as major hurdles for would-be home buyers, according to Zillow. Moody’s agrees, saying that removing headwinds from student debt could boost the economy like a tax cut.

And it’s not just student debt that is causing a headwind: the U.S. relies on consumer spending for growth and, as everybody but Central Bankers seem to clearly understand, that spending is coming from cheap debt. 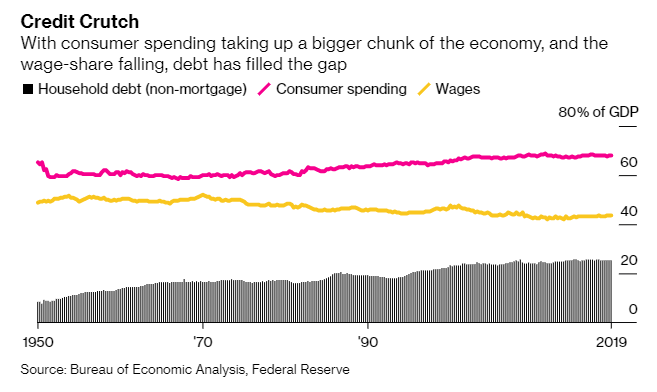 Debt is becoming an issue across the globe, as central bankers’ cognitive dissonance continues to reinforce each others’ flawed thinking. And, as Bloomberg says, “the idea that debt can grow faster than the ability to repay, until it unbalances a society, was well understood thousands of years ago.”

Michael Hudson, an economist and historian, recently published “And Forgive Them Their Debts” – a study of the ancient Near East where the “jubilee” is rooted. The practice spread through Sumer and Babylon and also played an important role in the Bible and in Jewish law.

The rulers at the time were trying to make sure citizens could meet their own needs and contribute to public projects, instead of laboring to pay creditors. And, surprisingly, the idea worked: “Societies that canceled the debts enjoyed stable growth for thousands of years.’’

This is why the idea of debt forgiveness in the U.S. spurs talk of a “modest increase” in household spending and investment and eventual higher rates of home-ownership and business formation. Conversely, buying up student loans would increase the government’s debt, which is already spiraling out of control and now stands at $23.1 trillion. Budget deficits each year would also be slightly bigger – to the tune of about 0.4% of GDP in 2018 – because of the lost revenue from loan repayments. 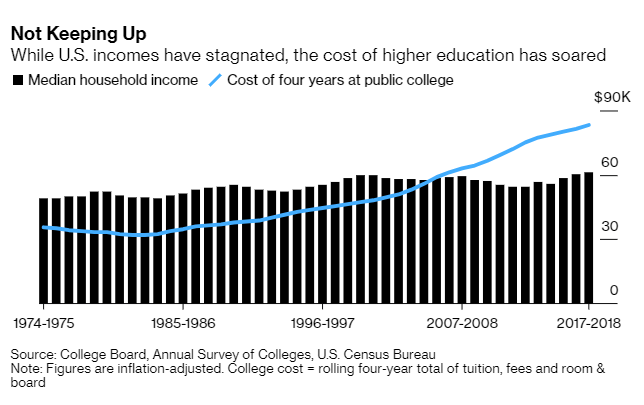 But the idea of creating a moral hazard from debt forgiveness also needs to be carefully examined, according to William Foster, a senior credit officer at Moody’s and the report’s lead author.

Foster says: “Who would benefit, who would miss out, what attempts at equal treatment there should be? Any plan would also have to address what the situation would be for the next generation of students with regard to accumulating debt.”

Sanders and Warren have faced headwinds of their own while trying to address the fairness question. One recent study found that wealthier households hold more student loans, which would make writing them off regressive. Pete Buttigieg has presented an alternative, saying he wants financial support for poorer students, saying there’s no reason to subsidize richer ones. 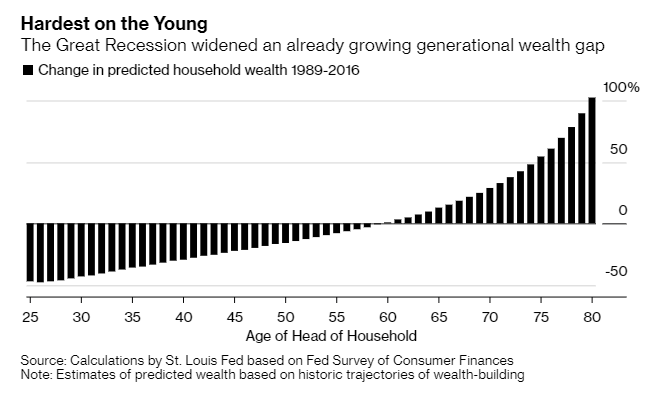 Debt forgiveness was a topic during Obama’s administration, as well, as the government tried to help underwater homeowners but failed to reduce the principle on mortgages.

Mike Konczal, a fellow at the Roosevelt Institute said: “There were 5 million foreclosures. It’s a real stain on the Obama presidency’s legacy. They had access to tools to be able to combat them.’’

Economists Atif Mian and Amir Sufi argued in their 2014 book “House of Debt” that the economy would have rebounded faster with more writedowns. But Obama’s own economic adviser, Larry Summers, called the idea “naïve”.

“The fact is, debt causes instability for a society,’’ Hudson concluded. “Debts that can’t be paid, won’t be paid.’’

Why the Specter of Government Shutdowns Has Become a Recurring Haunt

The Saving Problem in America: Alternatives and Reforms