Winter Storm Gage is producing snow, ice, and strong winds from the Northern Plains and upper Midwest Sunday will move into the Northeast early next week and unleash a wintery mess that could cause severe travel headaches ahead of New Years, reported The Weather Channel.

The storm is expected to traverse across a broad area from Nebraska to Dakotas to northern and western Minnesota. Snow and high winds could produce blizzard conditions in these areas throughout Sunday. Some regions could see as much as 12 inches by Monday morning. 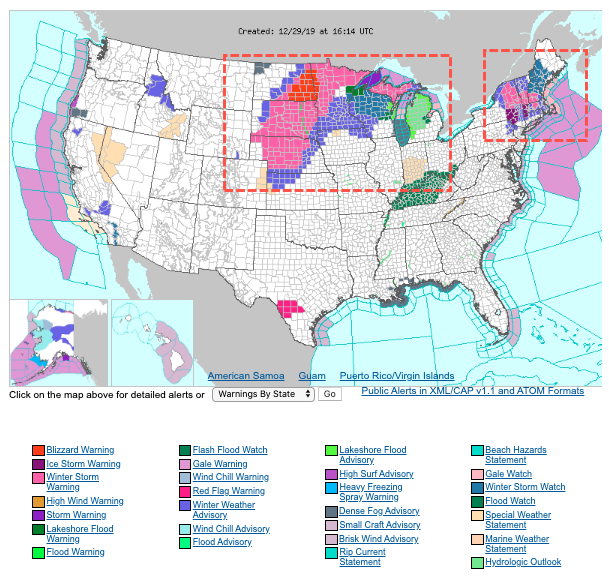 NWS warned, “the same winter storm that is impacting areas of the Plains and Upper Midwest will be heading east next week and is expected to bring locally significant snow and ice across portions of the Northeast ahead of the New Years holiday.”

The same winter storm that is impacting areas of the Plains and Upper Midwest will be heading east next week and is expected to bring locally significant snow and ice across portions of the Northeast ahead of the New Years holiday. For more, please visit https://t.co/QoghhWMaO7. pic.twitter.com/7zmBZe2ELU

Winter Storm #Gage will snarl travel starting tonight across the northeast. Rain, snow and ice will make some roads impassable.@ReynoldsWolf and I are on @weatherchannel with details this morning. pic.twitter.com/YCW5fpP26K

Then by Tuesday, colder air will swoop into the region from Canada and turn much of the storm into a snow event for eastern upstate New York as well as in central and northern New England. Rain is expected in coastal areas of southeast New England. 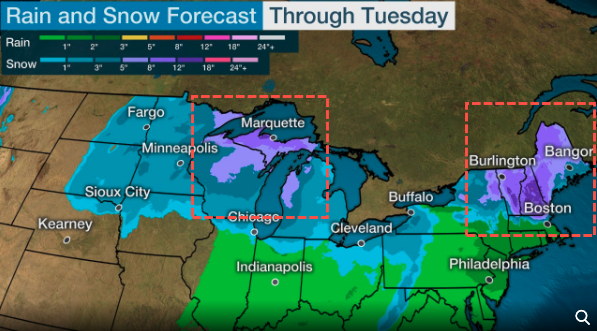 A significant ice event through Monday could be seen from Scranton to Albany. 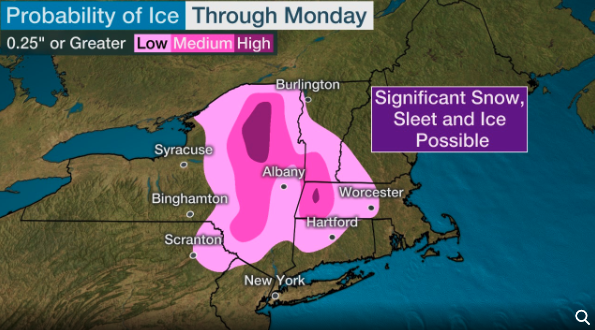 WCCO CBS Minnesota shared a video of a school bus sliding sideways down a street amid icy conditions on Saturday.

Well there’s something you don’t see every day! Thanks to Neil D. Marriott for sharing this video of a school bus sliding sideways “downhill” on Eden Prairie Road near Highway 5. | https://t.co/VqSViIxQIJ pic.twitter.com/1khKPV1UV4

Earlier in the week, the storm produced wet conditions and heavy fog in Texas, led to this dramatic accident caught on camera:

A shocking tractor-trailer crash in Texas was caught on camera. First responders were on the scene of an accident working to clear the road, when another tractor-trailer was unable to stop. It barreled into cars while troopers had to run to get out of the way. (Video KCBD|CNN) pic.twitter.com/mAvzTHft28

Why Are Russian S-300 Missile Systems In The United States?