One of the architects of the US government’s waterboarding program, known as “enhanced interrogation techniques,” confirmed the role of a CIA officer known only as “the Preacher,” who would provoke detainees on a deeply religious level while working to extract information from them. 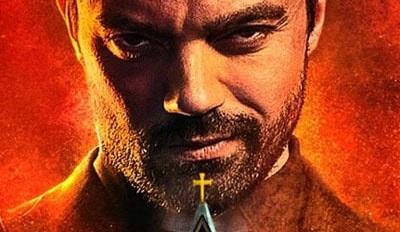 According to James Mitchell – one of three men authorized by the CIA to conduct waterboarding during America’s war on terror – said last Thursday during a pre-trial hearing at Guantánamo Bay, that the Preacher “would at random times put one hand on the forehead of a detainee, raise the other high in the air, and in a deep Southern drawl say things like, ‘Can you feel it, son? Can you feel the spirit moving down my arm, into your body?’“

According to The Guardian, Mitchell confirmed the chilling description written in his memoir, Enhanced Interrogation – confirming the Preacher’s role at CIA black sites during testimony at a pre-trial hearing in the case against five defendants charged in the September 11, 2001 attacks, including mastermind Khalid Sheikh Mohammed.

Mitchell, together with his friend and business partner, Bruce Jessen – who is due to testify next week – have been the public face of the US torture programme for five years, settling out of court in 2017 in a civil suit brought by the American Civil Liberties Union on behalf of three prisoners.

Almost everyone else involved in the extensive programme, involving a network of black sites around the world, has remained in the shadows. In terms of legality, it is still the dark side of the moon.

Defence lawyers at the Guantánamo military commission hearings have asked to examine 52 witnesses. They have so far been permitted to question only two, Mitchell and Jessen.

James Connell, representing defendant Ammar al-Baluchi, lost his patience on Thursday when prosecutors objected that he was asking Mitchell about events he had not directly witnessed.

“He’s the only witness we’ve got. The government has blocked all the CIA witnesses,” Connell complained. –The Guardian

According to the report, government prosecutors changed classification rules four days before the current pre-trial hearing, amending them on Monday in order to reclassify facts which defense attorneys were forced to scramble to reframe before the next day of questioning. The Guardian suggests that “The longer the hearings have continued, the clearer it has become that the Mitchell and Jessen partnership was just a small part of the infrastructure of torture, with its own bureaucracy and personal rivalries. In his testimony, Mitchell railed repeatedly against the “middle management” who he believed was plotting against him.”

Mitchell became embroiled in a vicious turf war with a rival, the CIA chief of interrogations, for mastery of the “enhanced programme”. Each sought to use their links to CIA headquarters in Langley, Virginia, to get the other removed from their post. In that struggle the detainees were used as bargaining counters. The two men had them tortured for training or demonstration purposes.

In the courtroom this week, the interrogations chief has been referred to by the code NX2. Mitchell calls him the “new sheriff”, but it has been reported his real name was Charlie Wise, who had honed his craft carrying out interrogations for the Contra rebels in Nicaragua in the 1980s. He apparently died of a heart attack in 2003, just weeks after being dismissed.

According to declassified cables and courtroom testimony, Wise set up his own training programme, and took his students to a black site in Afghanistan, codenamed Cobalt, to practise their techniques on Ammar al-Baluchi and other prisoners. During that training, Baluchi was repeatedly slammed against a wall, suffering brain trauma as a result. –The Guardian

The CIA used an unsanctioned waterboard at the Cobalt site, according to defense attorneys, who say it was used on at least one detainee.

After the existence of the CIA’s main interrogation center was revealed by the New York Times, it was forced to close down in 2002 – after which “high value detainees” were transferred to a new site in Poland, codenamed Blue, and which was run by Wise.