Minerd: There Is A “Stunning Cognitive Dissonance” Just Like Before The Start Of World War II

Minerd: There Is A “Stunning Cognitive Dissonance” Just Like Before The Start Of World War II

Guggenheim Partners’ Scott Minerd warned in a new market outlook titled “Peace for Our Time: The coronavirus is a looming economic problem” that the Covid-19 outbreak in China is the latest red flag for investors could prick the corporate debt bubble.

Minerd says, “cognitive dissonance in the credit market is stunning.” He compares today’s uncomfortable and eerie stillness in the corporate bond market to the late 1930s, right before the Nazis started bombing Britain.

But the larger-than-life CIO spoke even more ominously during an interview with CNBC, warning that “I have never in my career seen anything as crazy as what’s going on right now,” adding “this will eventually end badly.“

Financial markets, he warned, show a “cognitive dissonance” from economic reality that has created a dangerous bubble among debt assets.

“In the markets today, yields are low, spreads are tight, and risk assets are priced to perfection, but everywhere you look there are red flags.”

Investors are underestimating the impact that the outbreak will have on the Chinese economy.

“In that sort of environment, people are not going to go to work. You’re not going to get output, and it’s unlikely that we’re going to return to any sort of level that was consistent with the pre-Lunar Holiday,” Minerd said.

With the virus outbreak worsening, and China shockingly reporting a massive jump in new infections on Wednesday-Thursday due to a “change in the definition” of how it counted confirmed cases, resulting in a surge of nearly 20,000 cases over the two days, Minerd warns: “Covid-19 is much more deadly than SARS and if not contained threatens to become a global pandemic.” 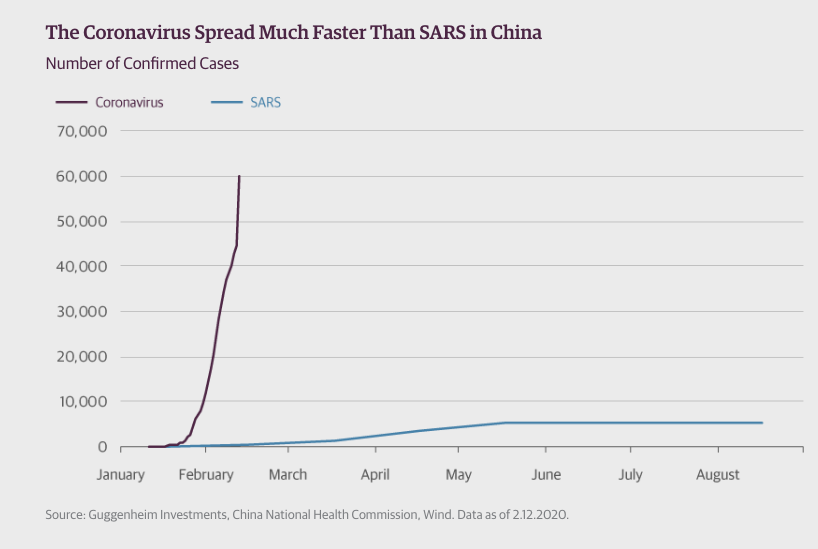 The economic impact of the virus outbreak will result in China’s GDP for the first quarter to be slashed to sub 6% annualized from an already sluggish 6% in the fourth quarter, Minerd said. He added this would have a profound impact on the global economy:

“At the same time that China is being forced to shut down factories and quarantine workers, interruptions to the supply chain in the United States and Europe have yet to be felt. By most estimates, if the Chinese extend the lunar new year by two weeks it would not meaningfully impact the global supply chain, but if it went beyond two weeks then we would start to see problems for materials and consumer goods outside of China. Even if the virus does not turn into a pandemic, to think it isn’t going to impact what’s going on in the world is irrational.”

He said the impact on corporate profits and free cash flow “will be dramatic.”

As we wrote earlier this month in “Is Tech About To Suffer A “Dot Com” Bubble Collapse? It’s Suddenly All-In China’s Hands”, the one sector with the most significant exposure to Greater China and the Asia Pacific in general, is also the sector that has outperformed the most in recent months. Tech. 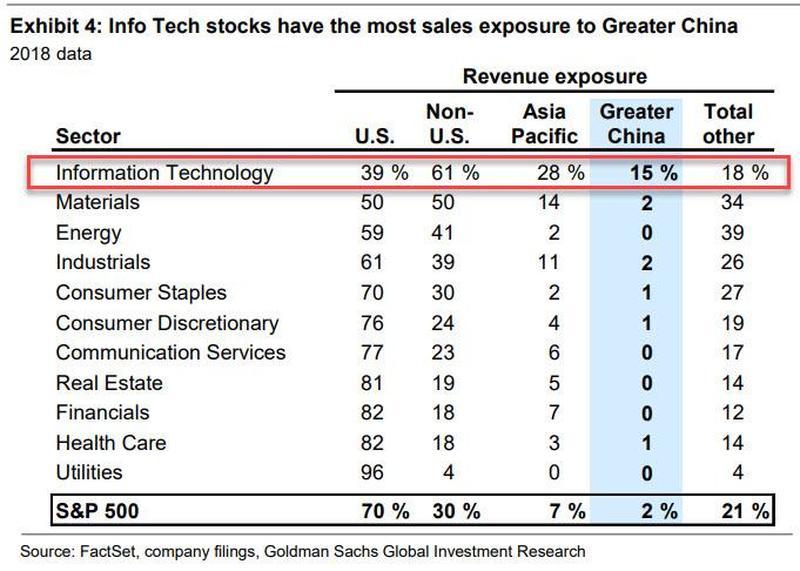 Minerd goes on to warn that “oil could plunge to $25 a barrel unless OPEC or other producers decide to cut production.”

It was written in “Coronavirus Triggers “Biggest Shock” To Oil Markets Since Lehman Crisis” that could have severe implications for investment-grade securities rated BBB or lower have increased by at least fivefold from the depths of the last recession. It will only take one accident to trigger a cascade of downgrades pushing hundreds of billions of investment-grade bonds into junk, setting off a fire-sale that would make the 2008 financial crisis look like child’s play.

This is exactly what Minerd is saying:

“Yet as a major economic problem looms on the horizon, the cognitive disconnect between current asset prices and reality feels like the market equivalent of “peace for our time.” The average BBB bond yields just 2.9 percent. A recent 10-year BB-rated healthcare bond came to market at 3.5 percent and subsequently was increased in size from $1 billion to $1.7 billion due to excess demand.”

“For those investors who perceive the disconnect between risk assets which are priced for a rosy outcome and the reality of the looming risks to growth and earnings, any attempt to reduce risk leads to underperformance. It is a mind-numbing exercise for investors who see the cognitive dissonance. The frantic race to accumulate securities has cast price discovery to the side. In the world of corporate bonds and asset-backed securities, issuers are launching deals and then tightening spreads to Treasurys by 25 basis points or more relative to where the last similar new issue was priced just a day before. They are also upsizing deals, as it has become common to see new issue bond underwritings ten times oversubscribed. The giant flood of liquidity is driven by virtually every central bank in the world injecting reserves into the system. And many investors today don’t even buy individual bonds, they purchase a basket of bonds that can be traded versus an exchange-traded fund (ETF). The quality of the bond doesn’t matter; no one is actually negotiating a rate or a price. In the ETF market, prices are set by pricing services that frequently use stale data when no price discovery has occurred. The result is a non-market price determining where a security is trading and there is no additional price discovery, meaning nobody is negotiating individual bond prices. If it is in the index, buy it! This is what price discovery has become.”

Minerd says, “Covid-19 is just one example of exogenous events that could prick the bubble” that is lurking in the corporate bond market.

He warns: “we are either moving into a completely new paradigm, or the speculative energy in the market is incredibly out of control. I think it is the latter. I have said before that we have entered the silly season, but I stand corrected. We are in the ludicrous season.”

Several months ago, Minerd said a Minksy moment for markets is coming a lot sooner than anyone believes, and that could be the truth as Thursday’s liquidity warning from the Federal Reserve could start next week. Term repo, which this month dropped from a max of $35 billion to $30 billion, would be reduced by another $5 billion to $25 billion and that starting in March, term repos would be reduced by another $5 billion to just $20 billion. 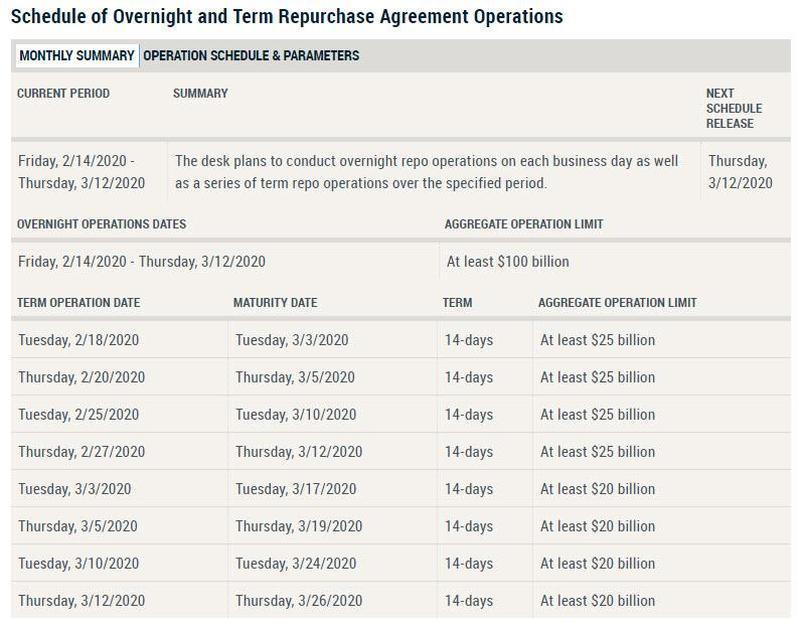 A perfect storm could be developing, one where a Covid-19 shock could send China’s and the global economy into a tailspin while unraveling all the junk in U.S. corporate bond markets, but at the same time, lead to liquidity gaps in the stock market as term repo is wound down. 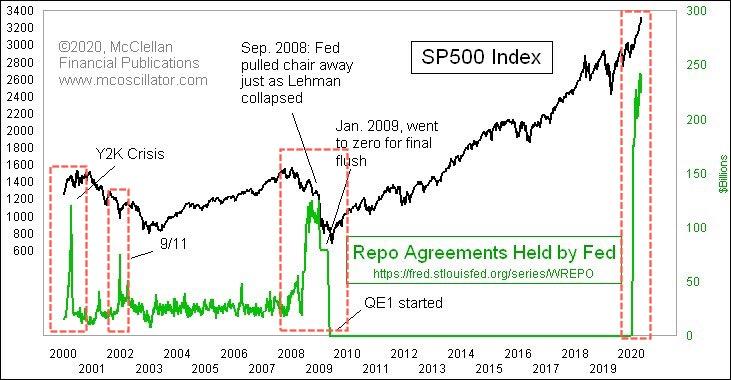 We give Minerd the last word…

“We are either moving into a completely new paradigm, or the speculative energy in the market is incredibly out of control. I think it is the latter. I have said before that we have entered the silly season, but I stand corrected,” Minerd said at the end of his recent letter.

“We are in the ludicrous season.”

Rent Control Is Bad for Renters, but Good for Politicians