‘Black And Latino Males Don’t Know How To Behave In The Workplace’: Bloomberg Flashback

‘Black And Latino Males Don’t Know How To Behave In The Workplace’: Bloomberg Flashback

Another Mike Bloomberg sound byte is coming back to haunt the Democratic presidential candidate after a 2011 clip from when he was mayor of New York City has resurfaced in which he said “enormous cohorts” of young black and Latino men “don’t know how to behave in the workplace where they have to work collaboratively and collectively.”

Bloomberg on Black and Latino males between 16-25: pic.twitter.com/kaJpr46Tro

Presciently, The Onion joked that Bloomberg was “tracking poorly among 18- to 25-year-old African Americans,” and “

hired thousands of canvassers Friday to stop black men on the street and force them to hear his campaign pitch.” 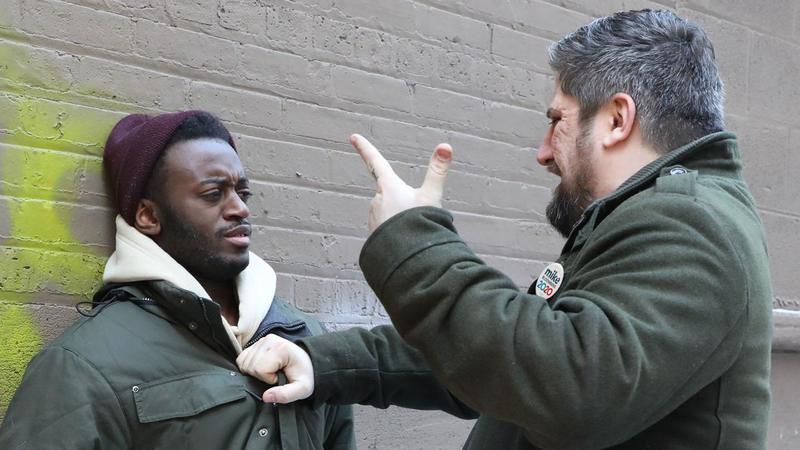 Meanwhile, this isn’t the first time Bloomberg’s past words have come back to haunt him.

Last week, the out-of-touch billionaire apologized to a black megachurch for his controversial “stop-and-frisk” program, saying “I was wrong. And I am sorry.” The program was successful at reducing crime, however opponents felt it violated the Fourth Amendment’s prohibition on unreasonable searches despite a 1968 Supreme Court ruling that it does not.

On Friday, a former Bloomberg employee corroborated an accusation that he told a woman to “kill it” when she announced her pregnancy, according to the Washington Post.

And in a 2016 speech at Oxford University, Bloomberg framed farmers as primitive idiots whose job he could teach just about anybody.

Billionaire Bloomberg claims he “could teach anybody to be a farmer,” even implying that farmers don’t have the same level of “skillset” or “grey matter” as folks in tech jobs.

Maybe this is why ol’ Mike doesn’t want to debate?