The FBI raided the home of a CEO of a bankrupt hospital chain last month along with one of its Pennsylvania hospitals central to influence-peddling accusations against Joe Biden’s brother, James, according to RealClearInvestigations. 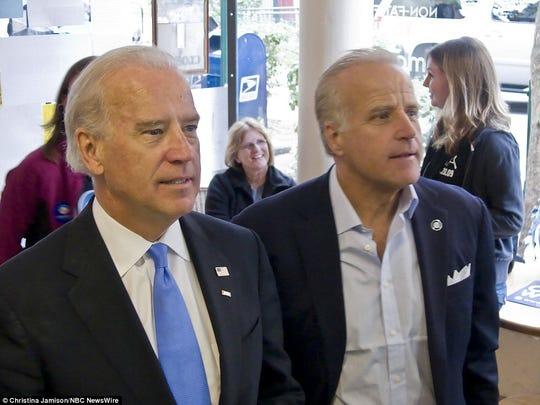 The CEO, Grant White, was accused in a Kentucky bankruptcy court filing by the trustee of having “grossly mismanaged” Florida-based Americore holdings, which acquires and manages rural hospitals. According to the filing, White “has not operated the hospitals in a manner that is consistent with public safety,” and “improperly siphoned money from the Debtors for his personal benefit.”

In December, the firm declared bankruptcy. On January 29, the FBI raided White’s home, and one of Americore’s hospitals – Ellwood City Medical Center, the next day. One week later, the Kentucky court granted a motion to remove White as CEO.

Last Summer, White and James Biden were accused of fraud in a lawsuit, along with Biden’s partner, hedge fund manager Michael Lewitt.

The lawsuit, filed by Tennessee businessman Michael Frey and his partner Dr. Mohannad Azzam, owners of Diverse Medical Management, also named Amer Rustom, another investor in Americore along with Biden and Lewitt.

The lawsuit alleges that James Biden had a prominent role in the company. One exhibit filed in the lawsuit is a photograph of an Americore business card that Biden reportedly handed out listing him as a “principal” in the company.

Frey alleges that when Diverse Medical Management and Americore were in talks to merge, Jim Biden promised to exploit his brother’s political influence as vice president to attract international investors and make the venture successful. –RCI

“Jim [Biden] told me. Don’t worry every time someone threatens to sue you you’re with us now nobody is gonna touch you,” Lewitt allegedly bragged over a text message to Frey, who says he was worried about legal liability to his firm over an acquisition.

“It was Frey’s understanding that Lewitt was implying that DMM [Diverse Medical Management] was ‘protected’ because of Jim Biden’s connections.”

The lawsuit also alleges that after failing to deliver on several promises made to Frey and Azzam, Biden took control of their dealings with Americore. “Biden instructed that Plaintiffs should no longer speak with Americore and White, but instead should deal exclusively with the Investor Defendants and their respective agents going forward, who would ensure that Plaintiffs’ model would find its way into hospitals and thrive,” the lawsuit says. –RCI

Biden and the other defendants are accused of pushing Frey and Azzam to take out loans for the purchase of failing rural hospitals they wanted to revive – based on assurances that they would be paid back when Biden helped secure investments from one of Turkey’s largest conglomerates, Dogan Holding.

According to the lawsuit, Biden inadvertently texted Frey and revealed his plans to take over Diverse Medical Management and cut out Frey and Azzam.

“We can wrap [Americore] into Frey’s entity further diluting them both in the process? After we take control of both.  Just a thought. We must have complete control, too many moving pieces. Jim,” the text reportedly read.

Prior to filing their lawsuit, Diverse Medical Management says it was unable to make payroll.

A Biden spokesman disputed the claims last August, saying “It is nothing more than a cynical attempt to manipulate the press by taking advantage of Jim Biden’s public profile as the brother of a presidential candidate.”

The raids were not the first time the FBI has investigated matters related to Americore. It got involved last August when, soon after the lawsuit was filed, Frey received an envelope at his home containing a thinly veiled threat. “Inside the envelope was what appeared to be blood-stained currency from a Middle Eastern country commonly known as a haven for terror groups and a ‘torture ticket’ — a voucher for the infliction of torture,” according to Knox News, which reviewed the contents of the envelope. –RCI

James was a frequent guest at the White House when Joe was Vice President and scored invites to important state functions which often “dovetailed with his overseas business dealings,” such as the case of construction management firm subsidiary HillStone International, according to journalist Peter Schweizer.

On November 4, 2010, according to White House visitors’ logs, Justice visited the White House and met with Biden adviser Michele Smith in the Office of the Vice President.

Less than three weeks later, HillStone announced that James Biden would be joining the firm as an executive vice president. James appeared to have little or no background in housing construction, but that did not seem to matter to HillStone. –Peter Schweizer, via NY Post

According to Fox Business‘s Charlie Gasparino in 2012, HillStone’s Iraq project was expected to “generate $1.5 billion in revenues over the next three years,” more than tripling their revenue.

We can only imagine how disappointed James and the rest of the Biden brothers are at Joe’s sagging poll numbers.