A lot of digital ink has been spilled in recent days over the perplexing reversal of the Yen, which for years was seen by the market as a “flight to safety” trade (as unexpected crisis events would prompt capital repatriation into Japan or so the traditional explanation went), only to suffer a major selloff in the past week as it suddenly started trading not as a funding currency for risk-on FX pairs, but as a risk asset itself.

To us, the reversal is far less perplexing than some smart people make it out to be: with Japan now effectively in a recession following the catastrophic Q4 GDP print which crashed 6.3% annualized, validated by today’s just as terrible PMI report… 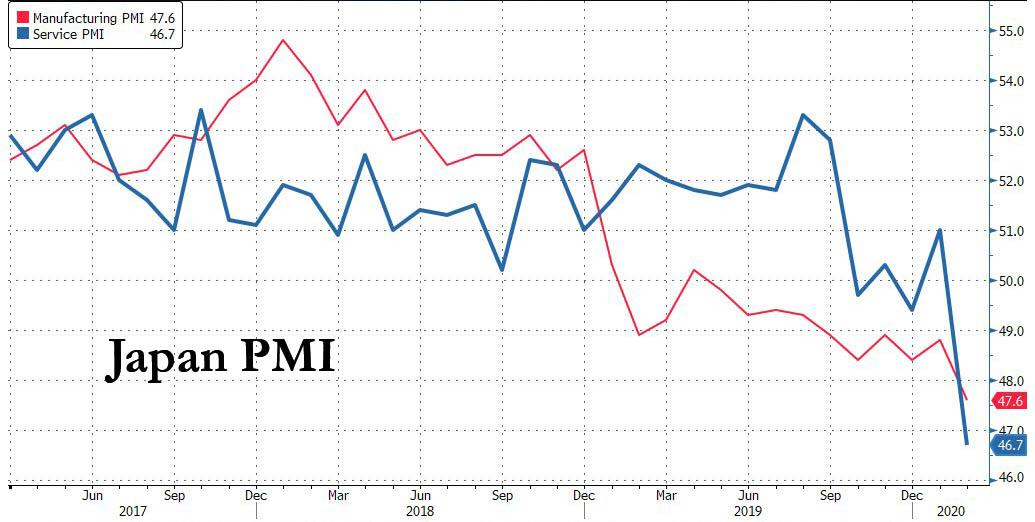 … and with Japan now set to suffer a major hit due to the coronavirus epidemic spreading like wildfire across the region, it is only a matter of time before the BOJ follows the ECB and Fed in reversing what has been years of QE tapering, and either cuts rates further into negative territory or expands its QQE (with yield control), and starts buying equities (although with the central bank already owning more than 80% of all ETFs, one wonders just what risk assets are left for the central bank to buy). Needless to say, both of these would have an adverse impact on the yen, and potentially lead to destabilization in the Japanese bond market which for years has defied doom-sayers, but it will only take one crack in the BOJ’s confidence for Japan’s entire house of cards to fall apart. That said, we are not there quite yet.

Furthermore, after the bizarre move in the prior two days, overnight the JPY appears to regain some normalcy, when it traded as it should (i.e., it was once again a risk-off proxy), with the USDJPY sliding during the two major “risk-off” events overnight.

So perhaps the freak move earlier this week was just that: a one off?

But what if it wasn’t, and what if we have indeed entered a new risk/correlation phase for the Japanese yen?

If that is indeed the case, we may be on the verge of a major market crisis as Bloomberg FX strategist, Vassilis Karamanis writes this morning, noting that “the yen’s haven status is taking a hit and it could be the prelude to heightened market turmoil.”

As Karamanis writes, echoing what we said above, “historically, the currency performs well in times of risk-off sentiment as global investors seek refuge and those from Japan repatriate funds.” But as discussed over the past 48 hours, that rule broke down amid the latest wave of market turbulence fueled by the coronavirus outbreak – given that the health scare could have an immediate impact on Japan’s economy, “fueling the risk of a recession”, something we first pointed out on Sunday.

But while all that is obvious, the biggest implication is what this means for markets which tend to trade on well-established correlations, with potentially dire consequences any time a historic correlation breaks.

That’s exactly what appears to be happening now, because whereas the yen is usually inversely correlated to the Australian dollar as the latter is a risk-sensitive currency, as of now, the 200-day correlation between the two currencies is near zero according to Karamanis.

This is notable, because as the Greek FX strategist explains, referring to the chart below, “whenever this correlation breaks down, it is down to tail risks materializing such as the global financial crisis and the euro-area debt turmoil.“

Will this time be different, or will the breakdown of this historic correlation be the harbinger to another global crisis (arguably the result of the coronavirus pandemic) and another major emergency response by central banks? One look at the relentless explosion in the price of gold and the answer is a resounding yes… 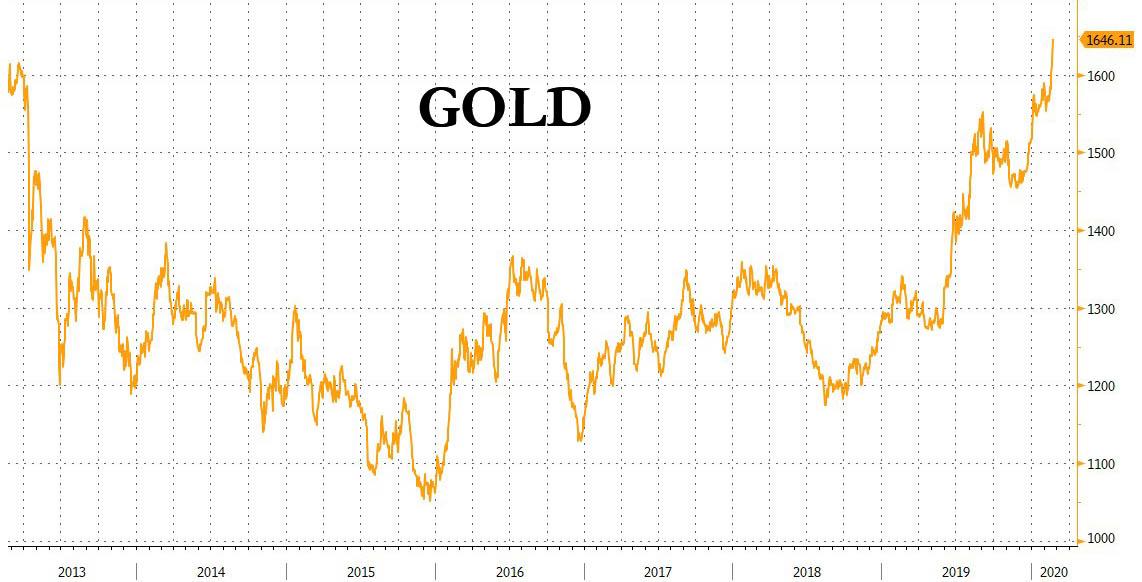