The US intelligence community’s top election security official who appears to have overstated Russian interference in the 2020 election has a history of hyperbole – described by the Wall Street Journal as “a reputation for being injudicious with her words.” 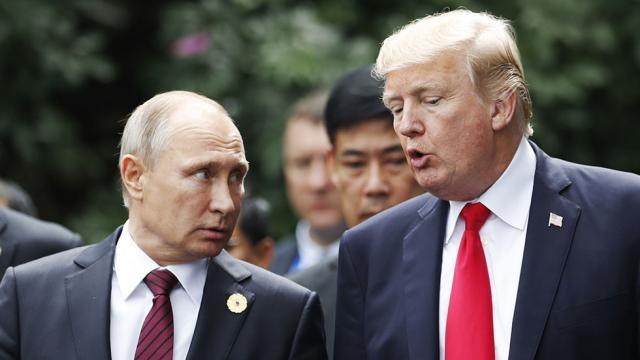 The official, Shelby Pierson, “appears to have overstated the intelligence community’s formal assessment of Russian interference in the 2020 election, omitting important nuance during a briefing with lawmakers earlier this month,” according to CNN.

The official, Shelby Pierson, told lawmakers on the House Intelligence Committee that Russia is interfering in the 2020 election with the goal of helping President Donald Trump get reelected.

“The intelligence doesn’t say that,” one senior national security official told CNN. “A more reasonable interpretation of the intelligence is not that they have a preference, it’s a step short of that. It’s more that they understand the President is someone they can work with, he’s a dealmaker.” –CNN

Pierson was reportedly peppered with questions from the House Intelligence Committee, which ’caused her to overstep and assert that Russia has a preference for Trump to be reelected,’ according to the report. CNN notes that one intelligence official said that her characterization was “misleading,” while a national security official said she failed to provide the “nuance” required to put the US intelligence conclusions in proper context.

To recap – Pierson told the House Intelligence Committee a lie, which was promptly leaked to the press – ostensibly by Democrats on the committee, and it’s just now getting walked back with far less attention than the original ‘bombshell’ headline received.

Well guess what? It turns out the media and the DNC were the ones working for Russia, executing their long standing goal to create chaos better than Russia could have ever dreamed of. https://t.co/PhrJiES9ui