In recent weeks, Facebook has investigated ‘suspicious content supporting Vermont Sen. Bernie Sanders’s presidential campaign,’ according to the Wall Street Journal, which notes that the company was unable to substantiate claims that ‘Trump supporters or Russian actors were involved in any inauthentic activity’ (Why they think Trump supporters would be supporting the Democratic candidate with the best chance of toppling the president is anyone’s guess). 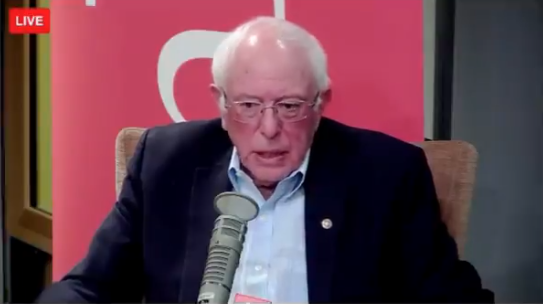 Facebook spokesman Andy Stone said the company investigated a claim by an outside researcher over suspicious pro-Sanders content, among regular reports it generally receives from the research community. While Facebook actively monitors its platform for political disinformation, not all internal inquiries are escalated to senior officials, as this one was, people familiar with the matter said.

“We investigate each credible claim we receive, just as we did in this instance when an outside researcher contacted us,” Mr. Stone said. “To date, we have not been able to substantiate the researcher’s claims and we have not been notified by the intelligence community.” –WSJ

It is unknown if the investigation into the alleged pro-Sanders activity is ongoing, or if Facebook had contacted Sanders campaign officials about the probe. The WSJ also notes that Sanders was briefed by US officials who told him that Russia is trying to support his campaign for the Democratic nomination, in news that echoes former FBI Director James Comey’s ‘Steele Dossier’ briefing to President Trump – which gave CNN and other outlets license to report wholesale lies that ended in a failed ‘witch hunt.’

At least two separate, independent online disinformation researchers have found within the last several months what they believe to be evidence of inauthentic pro-Sanders activity on Facebook that may have links to Russian operatives or Trump supporters, according to one of the people familiar with the matter. At least one of those data sets has been presented to Facebook, which reviewed the material, people familiar with the review said.

Mr. Stone added: “Had we found a campaign of coordinated inauthentic behavior, we would’ve removed it and announced it publicly, just as we did more than 50 times last year.” –WSJ

Facebook has come under pressure from the left for failing to detect and remove Russian misinformation during the 2016 US election – though as Facebook exec Rob Goldman said in 2018 (and was immediately forced to issue a Galilean recant), the majority of Russian-linked ad spending happened after the election, and that “swaying the election was *NOT* the main goal.”

The majority of the Russian ad spend happened AFTER the election. We shared that fact, but very few outlets have covered it because it doesn’t align with the main media narrative of Tump and the election. https://t.co/2dL8Kh0hof

In short, this WSJ article – and Bernie’s briefing on Russian support, may be nothing more than an attempt to smear the increasingly popular socialist.