A 19-year-old European activist dubbed the ‘anti-Greta’ slammed “climate alarmists” on Friday at the Conservative Political Action Conference (CPAC) in Maryland, according to Bloomberg. 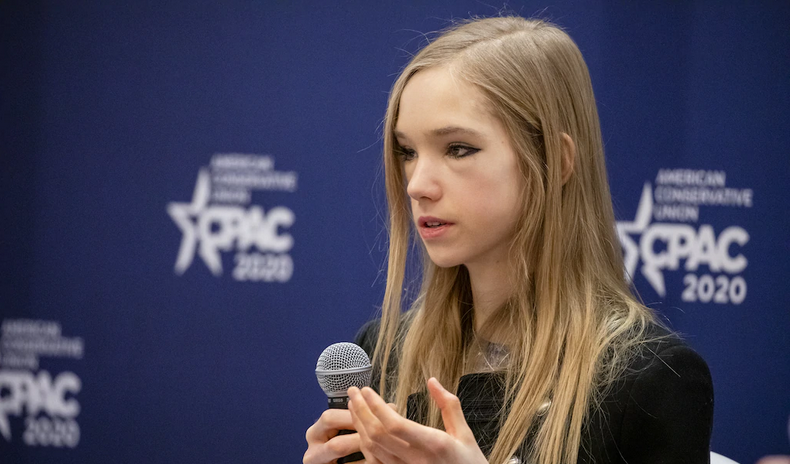 Self-proclaimed “climate realist” Naomi Seibt, who has roughly 60,000 followers on YouTube, told a panel sponsored by the Illinois-based Heartland Institute think tank: “The climate has always been changing, and so it’s ridiculous to say we deny climate change.”

“Man vastly overestimates his power if he thinks he can, with CO2 emissions, destroy the climate.”

Very impressive CPAC speaker… 19-y-o German “climate realist” Naomi Seibt: Climate alarmists should be more humble. They want to drive us into energy poverty which is a way to control us. I see a dangerous socialist totalitarianism at the root of this pic.twitter.com/gg6B8qrav3

Seibt dismissed allegations she is being used by climate skeptics to woo young people and counter Thunberg, the Swedish activist who has won international acclaim for arguing the world needs to rapidly throttle the greenhouse gas emissions fueling a warming world. “I am not the puppet of the right wing or the climate deniers or the Heartland Institute either,” Seibt said. –Bloomberg

Seibt has come under fire after a video began circulating on Friday of her saying “The normal German consumer is at the bottom, so to speak. Then the Muslims come somewhere in between. And the Jew is at the top. That is the suppression characteristic,” remarks she said were taken out of context, and that she was expressing her view that it is “wrong to comment on different races differently and view them differently.”