When Will US Rates Turn Negative? One Trader Is Convinced They Know The Answer

When Will US Rates Turn Negative? One Trader Is Convinced They Know The Answer

Earlier today, when discussing the impending inevitability of negative rates in the US according to BMO rates strategists, we said that the question is not if but “when.” Now, according to at least one intrepid trader, the answer is that in just over three weeks the US may join Europe and Japan in the monetary twilight zone that is negative yields.

According to Bloomberg, during the big flow swings in the rates complex on Wednesday morning, there has been a distinct surge of activity in April 2020 Treasury note options, which are targeting a drop to negative Treasury yields for the 10-year futures cheapest-to-deliver bond ahead of March 27 expiry, which means that in just over three weeks at least one trader is betting the US will sport negative rates for the first time in history. 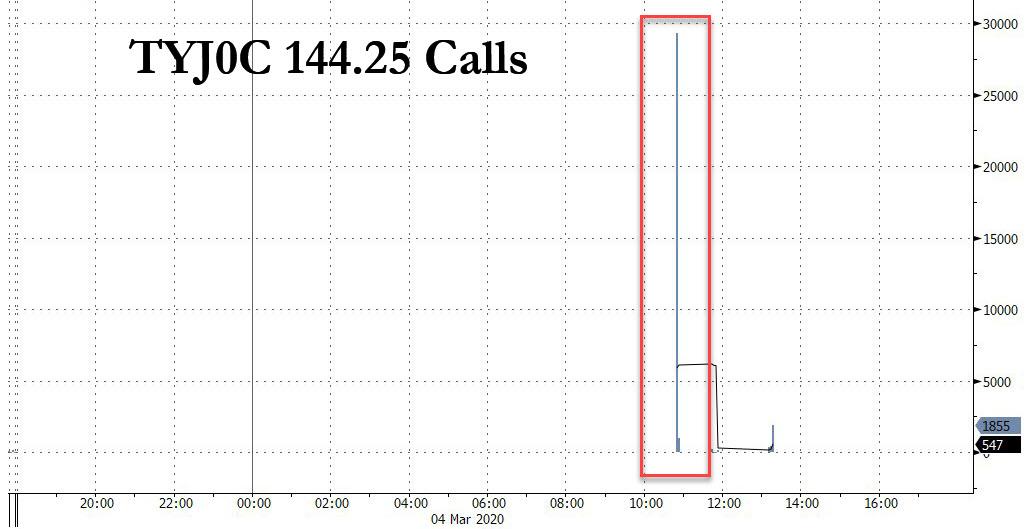 About 30,000 calls maturing at the end of this month traded at a strike price that begins to be profitable if yields fall to around -0.05%, compared with a current rate of about 0.85% for the corresponding bond in cash markets. Open interest of 243 contracts signals the position is new rather than covering a short position In English, this means that about $470,000 was spent on call options which give the owner the right to buy futures on 10-year Treasuries maturing in 2027 (or effectively 7 year paper as the cheapest-to-deliver) at prices that correspond to negative yields in cash markets.

How negative? While the trade does not envision the entire curve turning sub zero, the strike price begins to be profitable if yields fall to around -0.05%, compared with a current rate of about 0.85% for the corresponding bond in cash markets, suggesting a roughly 90bps plunge in yields at the belly in the next three weeks, a move that is only feasible if the Fed cuts rates multiple times or if a great depression unexpectedly breaks out.

Considering that the market is already pricing in 43bps of rate cuts, the trade is effectively betting on an additional 47bps of easing in the coming weeks, or an additional 2 rate cuts. 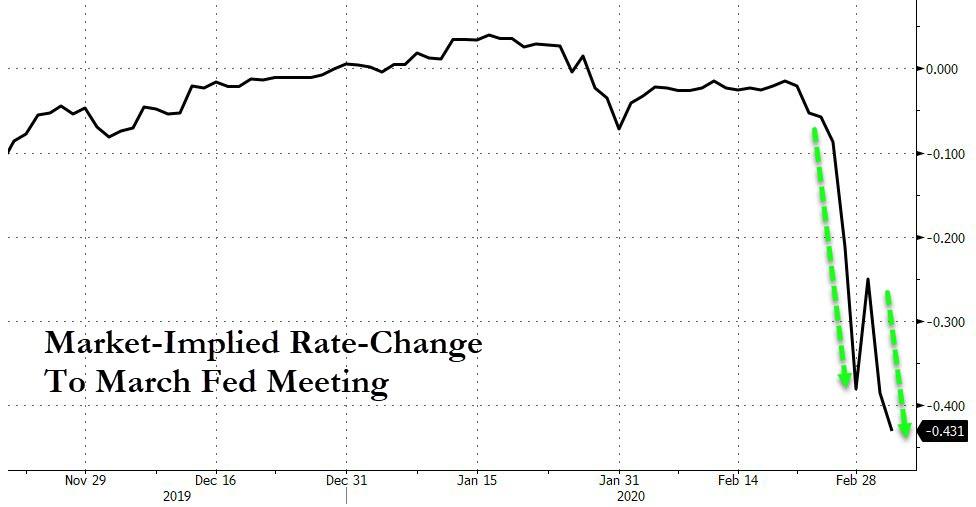 While just under $15 trillion in sovereign debt around the world is trading at negative yields, the U.S. has never seen interest rates turn negative on Treasury notes.

So what happens if the trader is right and the Fed does go NIRP, cutting rates many more times in the next few weeks to counter the coming recession? If so, the profit on the trade will be over 20x, as the initial capital at risk of $470,000 stands to grow to $10 million if the contract reaches a price that’s equivalent to -0.10% yield.