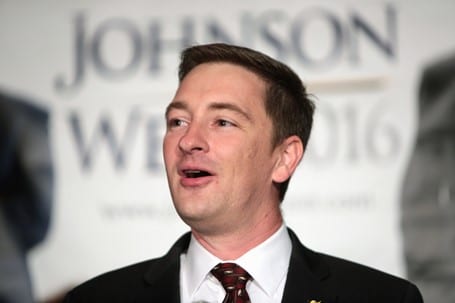 Sarwark’s activities during his time a Libertarian Party chairman were discussed in several articles at the Ron Paul Institute website:

“Libertarian Party Chairman Admits He Is Not a Libertarian” by Adam Dick, September 25, 2019

When a Mask Becomes Part of the Required Work Uniform

‘Nothing can justify this destruction of people’s lives’