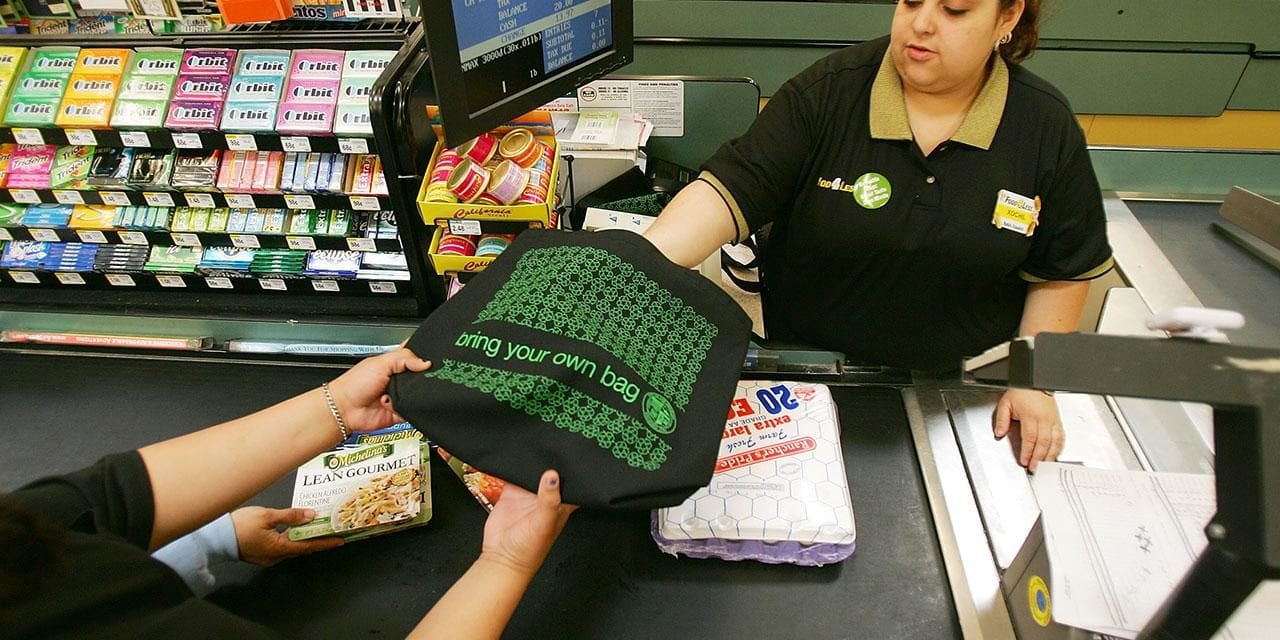 Authored by John Tierney via City-Journal.org,

The COVID-19 outbreak is giving new meaning to those “sustainable” shopping bags that politicians and environmentalists have been so eager to impose on the public. These reusable tote bags can sustain the COVID-19 and flu viruses—and spread the viruses throughout the store. 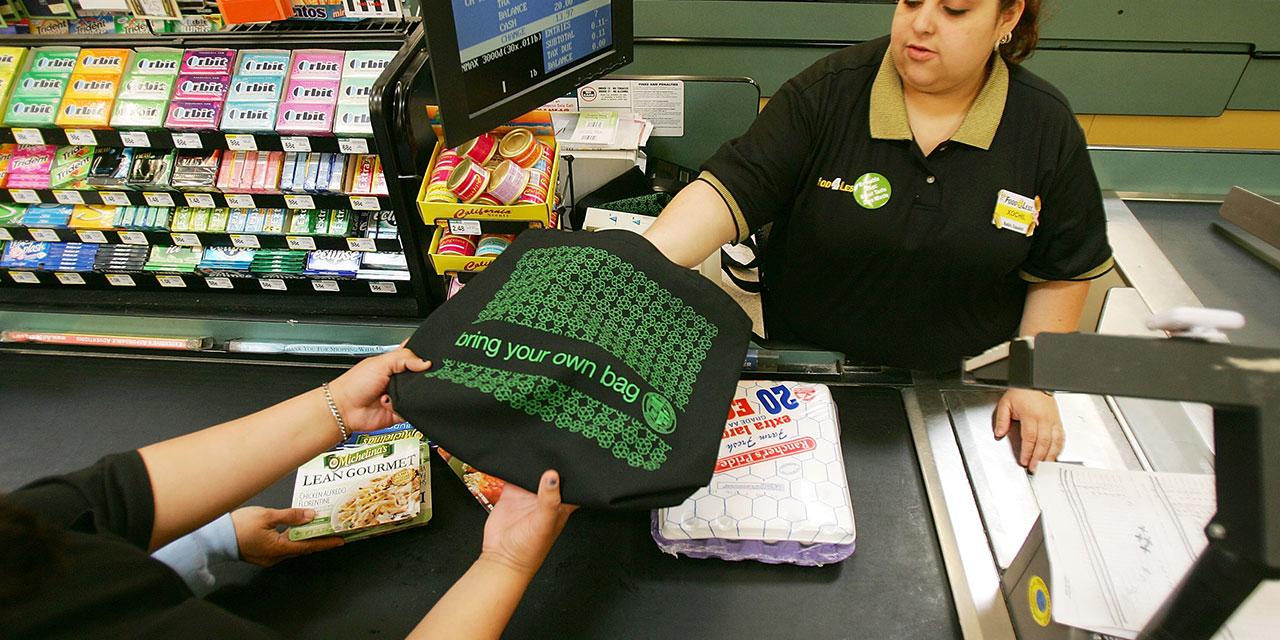 Researchers have been warning for years about the risks of these bags spreading deadly viral and bacterial diseases, but public officials have ignored their concerns, determined to eliminate single-use bags and other plastic products despite their obvious advantages in reducing the spread of pathogens. In New York State, a new law took effect this month banning single-use plastic bags in most retail businesses, and this week Democratic state legislators advanced a bill that would force coffee shops to accept consumers’ reusable cups—a practice that Starbucks and other chains have wisely suspended to avoid spreading the COVID-19 virus.

John Flanagan, the Republican leader of the New York State Senate, has criticized the new legislation and called for a suspension of the law banning plastic bags. “Senate Democrats’ desperate need to be green is unclean during the coronavirus outbreak,” he said Tuesday, but so far he’s been a lonely voice among public officials.

The COVID-19 virus is just one of many pathogens that shoppers can spread unless they wash the bags regularly, which few people bother to do. Viruses and bacteria can survive in the tote bags up to nine days, according to one study of coronaviruses.

The risk of spreading viruses was clearly demonstrated in a 2018 study published in the Journal of Environmental Health. The researchers, led by Ryan Sinclair of the Loma Linda University School of Public Health, sent shoppers into three California grocery stores carrying polypropylene plastic tote bags that had been sprayed with a harmless surrogate of a virus.

After the shoppers bought groceries and checked out, the researchers found sufficiently high traces of the surrogate to risk transmission on the hands of the shoppers and checkout clerks, as well as on many surfaces touched by the shoppers, including packaged food, unpackaged produce, shopping carts, checkout counters, and the touch screens used to pay for groceries. The researchers said that the results warranted the adaptation of “in-store hand hygiene” and “surface disinfection” by merchants, and they also recommended educating shoppers to wash their bags.

An earlier study of supermarkets in Arizona and California found large numbers of bacteria in almost all the reusable bags—and no contamination in any of the new single-use plastic bags. When a bag with meat juice on the interior was stored in the trunk of a car, within two hours the number of bacteria multiplied tenfold.

The researchers also found that the vast majority of shoppers never followed the advice to wash their bags. One of the researchers, Charles Gerba of the University of Arizona, said that the findings “suggest a serious threat to public health,” particularly from fecal coliform bacteria, which was found in half the bags. These bacteria and other pathogens can be transferred from raw meat in the bag and also from other sources. An outbreak of viral gastroenteritis among a girls’ soccer team in Oregon was traced to a resuable grocery bag that had sat on the floor of a hotel bathroom.

In a 2012 study, researchers analyzed the effects of San Francisco’s ban on single-use plastic grocery bags by comparing emergency-room admissions in the city against those of nearby counties without the bag ban. The researchers, Jonathan Klick of the University of Pennsylvania and Joshua Wright of George Mason University, reported a 25 percent increase in bacteria-related illnesses and deaths in San Francisco relative to the other counties. The city’s Department of Public Health disputed the findings and methodology but acknowledged that “the idea that widespread use of reusable bags may cause gastrointenstinal infections if they are not regularly cleaned is plausible.”

New York’s state officials were told of this risk before they passed the law banning plastic bags. In fact, as the Kings County Politics website reported, a Brooklyn activist, Allen Moses, warned that shoppers in New York City could be particularly vulnerable because they often rest their bags on the floors of subway cars containing  potentially deadly bacteria from rats—and then set the bag on the supermarket checkout counter. Yet public officials remain committed to reusable bags.

A headline on the website of the New York Department of Health calls reusable grocery bags a “Smart Choice” – bizarre advice, considering all the elaborate cautions underneath that headline. The department advises grocery shoppers to segregate different foods in different bags; to package meat and fish and poultry in small disposable plastic bags inside their tote bags; to wash and dry their tote bags carefully; to store the tote bags in a cool, dry place; and never to reuse the grocery tote bags for anything but food.

How could that possibly be a “smart choice” for public health? Anyone who has studied consumer behavior knows that it’s hopelessly unrealistic to expect people to follow all those steps. If the Department of Health actually prioritized public health, it would acknowledge what food manufacturers and grocers have known for decades: disposable plastic is the cheapest, simplest, and safest way to prevent foodborne illnesses.

Instead, leaders in New York and other states are ordering shoppers to make a more expensive, inconvenient, and risky choice—all to serve a green agenda that’s actually harmful to the environment. The ban on plastic bags will mean more trash in landfills (because paper bags take up so much more space than the thin disposable bags) and more greenhouse emissions (because of the larger carbon footprints of the replacement bags). And now, probably, it will also mean more people coming down with COVID-19 and other illnesses.

Trump Jr.: “Here’s What Comes Next for Our Amazing Movement”