What happens when governments confuse worst-case scenarios with reality? They transform a health crisis into a social crisis and an economic tsunami, with consequences more severe than the virus could produce in the first place.

As I write, hundreds of thousands of people across Europe and the world have already lost their jobs, in the leisure and entertainment sectors in particular. As sector after sector is impacted by global lockdowns, mass unemployment is not a possibility, it is definite. And the social costs are going to be severe. How severe no one really knows. But past experiences show that when people lose jobs, they can also lose homes, their marriages, their health – and our social fabric is pulled apart.

However, we should be careful not to obsess with trying to second-guess what the huge costs to society will be of the panic. Otherwise there is a danger of one form of apocalyptic scaremongering being replaced by another.

There are two related problems. The first is that the global economy was already in the emergency ward before the impact of Covid-19. Whether the economic actions being taken across the world – from unprecedented interest-rate cuts through to eye-watering trillions of dollar state spending – will stem the flow or not remains to be seen. Perversely, it could help to shake out many non- or under-performing sections of the economy, which could be a good thing in the long-term.

The second problem, and the more important one in the short-term, is that economic rationale is not what is driving policy; apocalyptic doom-mongering is. Provoked by the media, governments have been forced into a macabre competition of being seen to be acting. The ‘do something… anything’ approach has resulted in new performative displays aimed at placating the doom mongers, rather than address the health problem rationally. Many governments have been driven less by a reasoned, evidence-based strategy of limiting both the spread of the disease and the disorganisation of economic life, than by an urge to be seen to be taking action.

This is the real problem. In Europe, we have seen an historically unprecedented peace time clampdown on everyday life and social engagement, particularly in Italy, Spain and France. It seems that the responsibility of behaving as true moral leaders who might galvanise the public in a collective mission against illness and a concerted effort to protect economic life, has been jettisoned in favour of being seen to act.

Normal life has been put into quarantine. Carrying signed and dated forms, declaring a reason for being outdoors, is now obligatory across much of the continent, with the threat of heavy fines being imposed if not completed. Even in the UK, where the government has attempted to act rationally and appeal to reason, rather than apply top-down enforcement, there is a move in the draft Coronavirus Bill to give the police and immigration officers powers to detain anyone suspected of carrying the virus and force them into quarantine. People are facing a fine of up to £10,000 or three months’ jail if they refuse to be tested or to remain in quarantine. This week’s first arrest of a man in Britain for failing to self-isolate is likely not to be the last.

This is disastrous on almost every level. The panicked lockdown in Italy, for example, led to a mass migration from Lombardy which ensured the virus spread faster throughout Italy. Now their once robust health system is on the verge of collapse. The economic fallout now threatens the entire social fabric, which, in turn, threatens to destroy the social solidarity and resilience we will need to effectively defeat this health threat.

The justification gaining ground and increasingly being wheeled out by governments is that this is a war, comparable to the kind of mobilisation and sacrifices necessary during the Second World War. But any high-school student of history knows that comparison is fatuous and demonstrates that we are not at war.

Yes, the virus is invisible and threatening. But let’s not lose sight of what it is: it’s a health emergency. One which is causing real hardship and threatens the lives of the elderly and those with underlying health problems, yes. But developing solutions to deal with this should have been relatively easy to accomplish.

The real problem is that governments have politicised a health crisis and transformed it into a social and economic crisis. A more measured approach, especially after understanding China’s experience, would have been to treat this as a medical emergency for the people most vulnerable, and to have taken appropriate measures to isolate and protect these groups. This would have disrupted things, for sure. But it would not have caused the global market meltdown and disastrous recession we now face.

If there is a declaration of war, it should be on the apocalyptic scaremongering which has transformed what was a challenging health crisis into an economic crisis that is already worse than the virus itself.

Reprinted with permission from RT. 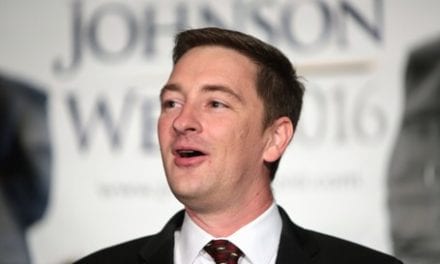 1/24/20 Stephen Zunes: Today’s US-Iran Crisis Is Rooted in the Decision to Invade Iraq