With global equities and commodities crashing, the ultra-wealthy are increasingly requesting financing against fine art as a way to build liquidity.

Bloomberg notes that a New York client of Fine Art Group requested financing against a $10 million painting by Jean-Michel Basquiat as the stock market crashed in recent weeks. Simultaneously, a top London gallery was called by a collector who wanted to sell his art collection for quick cash. Then a Swiss client asked for financing against $30 million worth of diamonds.

Freya Stewart, the head of art-financing division at Fine Art Group, said as the stock market plunged in the last month, the number of requests for loans against art has increased “two-fold.” 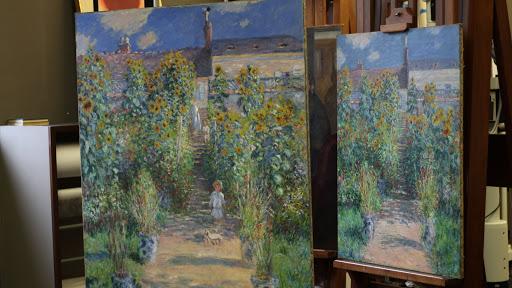 Lenders said clients are building cash in these turbulent times. Others are saying some have been slapped with margin calls for borrowing against their stock. Top investment firms have raised collateral standards, and maybe one way the rich are quickly building liquidity is through borrowing on their fine art.

As credit markets freeze and a pandemic consume the world, the wealthy are accessing emergency financing through borrowing against Picassos and Warhol paintings.

“Major high net-worth clients told us they are putting a halt on any purchases, privately or at auction,” said Elizabeth von Habsburg, managing director of Winston Art Group in New York. “Clients are saying: ‘You know what? We are not in the game right now.'”

Evan Beard, who runs the National Art Services business at Bank of America’s private bank, said art financing has been popular during periods of market volatility. He said BofA had received increasing calls from collectors to shift debt tied to assets that price daily to fine art that is considered low margin risk.

Stewart said Fine Art Group had been contacted by wealth managers, credit brokers, and art collectors across the world.

“There are likely lots of collectors out there looking for liquidity in these and other regions who are just not aware that art-based financing can be a fast route to the capital,” Stewart said.

The pandemic has yet to peak, and much uncertainty remains of how long the fast-spreading virus will be sticking around. We noted on Monday that a secret document leaked from the British government shows the virus might not clear out until spring 2021. With volatility expected to stay around for at least the first half of the year as a global recession could be imminent, art values are also expected to take a tumble.

Artemus, an art leasing company co-founded by Asher Edelman, predicts art values will have trouble holding current valuations and could be due for a correction. “The world’s collapsing,” he said. “Don’t you think art has gone down?”

Carden: Read Hayek As If Your Children’s Lives Depend On It