In the latest example of “outside the box thinking” from America’s favorite mayor, Bill de Blasio – whose city is being ravaged by the coronavirus and is slowly becoming the epicenter for the outbreak in the U.S. – decided to release inmates from jail.

Approximately 300 inmates were released from Rikers Island and other city facilities this week in an attempt to, drumroll, stop the virus spread, because apparently confining potential covid carriers in a closed space is more risky than letting them frolic among the general population. Perhaps de Blasio missed the part where prisoners are already in quarantine, even if one gets the virus.

The socialist mayor and failed presidential candidate commented on the non-violent offenders serving yearlong sentences or less that he was releasing: “Some have many months, some have only a few months, some have only weeks, but I’m going to treat this category across the board. We will move to release those 300 inmates immediately.”

We wonder if New York resident, forced to live under quaratine indefinitely, will appreciate the latest stroke of brilliance from the NYC mayor who has worked for his entire tenure to de-criminalize… well, crime. 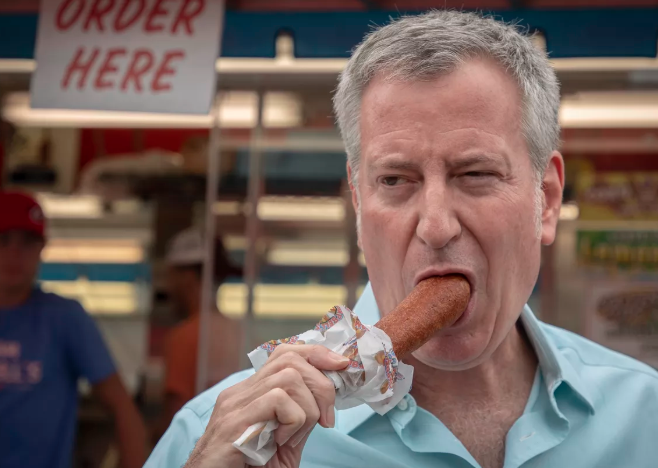 But why stop at 300? The New York Post reports: “The mayor said he is also working with the District Attorneys and New York state to release another 800 inmates. About 700 of those people were jailed on technical parole violations.”

The mayor continued: “I am saying across the entire population it is imperative to me that anyone over 70 and anyone who has one of those five pre-existing conditions, should be released as well.”

That said, don’t accuse de Blasio of not having a backbone: de Blasio is apparently not yet “comfortable” releasing those locked up for domestic violence and sexual offenses. But in a day or two, well, who knows…

Something tells us this idea is going to poll about as well as de Blasio did during the Democratic primaries. On the other hand, maybe once these inmates are released, de Blasio can hire several hundreds city officials to form a taskforce that ensures the criminals use hand sanitizer when they jump subway turnstiles.

Coronavirus leading to extreme sanitation measures on the subway. pic.twitter.com/OrfIzPQVog