Unlike the Phase 3 of the fiscal stimulus, which represented $2.2 trillion in bailout aid for America’s small and medium business, and which passed through Congress without a glitch if with some delays, the next – Phase 4 – stimulus sought by Republicans may face far greater hurdles.

According to Reuters, House Speaker Nancy Pelosi said on Wednesday that $250 billion in coronavirus relief for small businesses desired by Republicans would not pass the House of Representatives on its own under current procedures, which require a unanimous vote of those present while most of Congress is out of town.

The reason why the aid would not get unanimous Democratic support is because Pelosi and Senate Democratic Leader Chuck Schumer are demanding that more aid for hospitals, local governments and food assistance be added to the small business aid proposal that the Trump administration and Republicans want passed this week.

Pelosi was speaking in an interview with National Public Radio. Asked if there are limits on spending for coronavirus relief, she said “No, we have to spend what we need.”

Which leaves republicans with two options: delay the passage of the next stimulus indefinitely, even though according to many the current $350 billion allocated to the PPP small business rescue program will be insufficient, or concede to Democrats and add far more pork to the bill.

Considering that according to Goldman, the US deficit will soar to 18% of GDP in 2020… 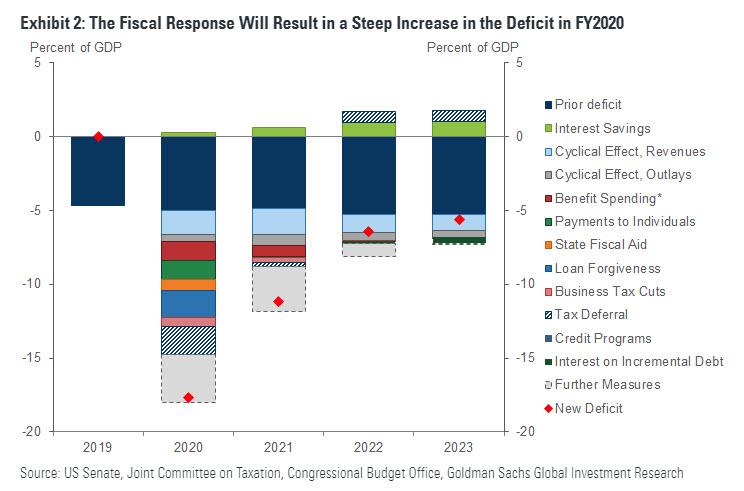 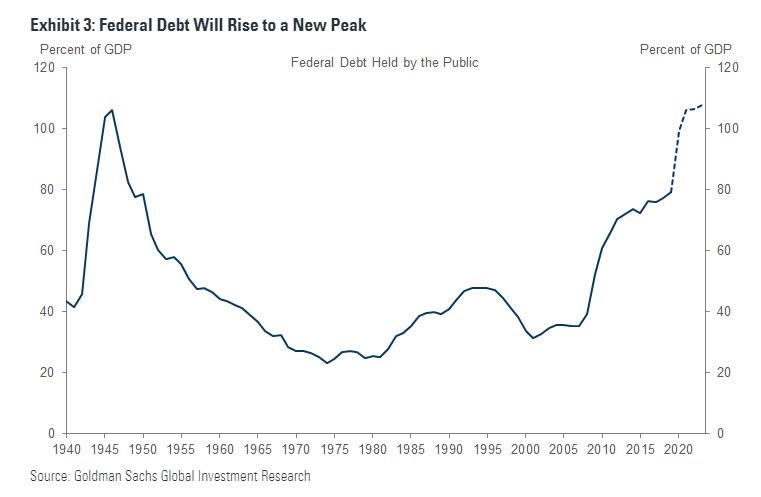 … one can ask “what difference does it make?” After all, going forward the Fed will likely have to monetize all debt in perpetuity or risk losing control of long-term rates. In fact, one can probably also ask: why should anyone pay taxes ever again?

Trump: Beijing “Will Be Hurt Very Badly” If They Retaliate With More Tariffs

Why You Should Not Underestimate The Severity Of The Coming Recession

Import/Export Prices Tumble As China Exported Most Deflation Since 2007