The Federal Reserve’s Municipal Liquidity Facility (MLF) will provide $500 billion in loans to states and cities during these challenging economic times. However, there’s a twist, and the program will exclude a majority of cities that have high concentrations of African Americans.

According to the Brookings Institution, MLF’s proposed eligibility criteria for cities and counties is “disturbing:”

In particular, none of the thirty-five most African American cities in America meets the Fed’s criteria for direct assistance. They will be forced to go through their state government and may be limited by that state’s ability to access funds compounded by the state politics.

As a result of both urban/rural and racial politics, many of the largest metropolitan areas lack single jurisdictions that meet the Fed’s criteria for assistance. The entire metropolitan statistical areas of Atlanta, Baltimore, Boston, Pittsburgh, and Detroit all fail this test. Not a single city or county in Ohio, Florida, or New Jersey (America’s densest state) qualify.”

Here’s the U.S. Census Bureau’s 2016 breakdown of African American regional distribution across the U.S. – many of these folks are situated in the South and Northeast. 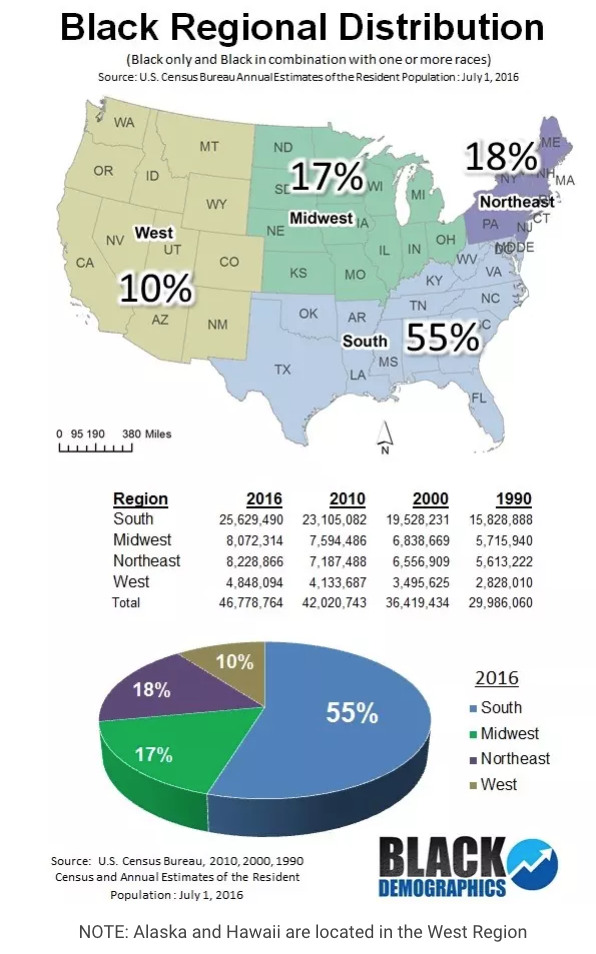 “We are not suggesting that the Fed had racist intentions when setting this limit. To the contrary, everything suggests the Fed was just acting quickly in unprecedented area – the Fed has long objected to aiding municipal and state governments for good reason. Quick actions can have unintended consequences, and the Fed has time to fix this one,” the Brookings authors wrote.

Bloomberg notes, “lending may be needed in some black communities that are more at risk from a deep economic slowdown.”

Many of these areas have already suffered widespread education, health, and wealth inequalities over the last several decades. The Fed is clearly showing limited interest in the working-class poor as it bails out Wall Street for the umpteenth time.

Currently, 25 cities and counties are eligible for MLF. The Fed could eliminate population limits and loosen up restrictions to prevent African American communities from being excluded.

We noted earlier this month, residents in a predominantly African American community in Baltimore City aren’t sticking around hoping for Fed money to blanket their collapsing local economy – many of these folks ‘stormed’ a bank – withdrawing as much money as they could.

The Fed has some explaining to do, or at least change the criteria rules of the program to include regions that have large concentrations of African Americans. If these communities aren’t supported, then President Trump’s lowest black unemployment rates would likely be reversed… 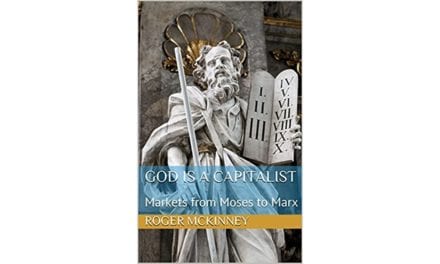 Is God a Capitalist?