California Governor Gavin Newsom (D) announced on Wednesday that illegal immigrants over the age of 18 would be entitled to $500 each during the coronavirus pandemic. 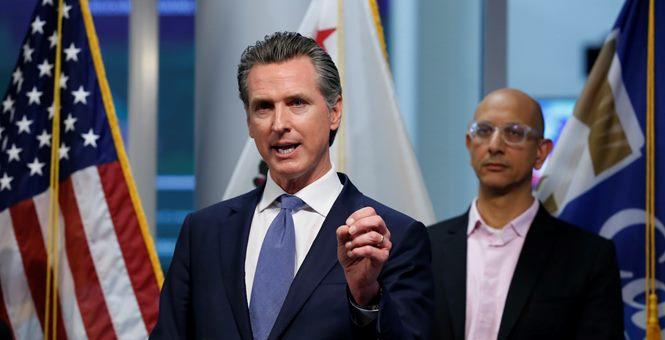 Paid for with a mix of taxpayer funds and charitable donations from corporations and philanthropists, approximately 150,000 adults out of an estimated 3 million living in the state illegally would receive the benefit.

The fund, totaling $125 million, will be comprised of $75 million from taxpayers, with charities committing to raise another $50 million on top of that. So far they’ve raised $5.5 million of that from several entities, including the Blue Shield of California Foundation, the California Endowment, the Chan Zuckerberg Initative, the James Irvine Foundation, the Emerson Collective and an anonymous donor, according to Fox News.

“We feel a deep sense of gratitude for people that are in fear of deportations that are still addressing essential needs of tens of millions of Californians,” Newsom said on Wednesday, noting that 10% of the state’s workforce consist of illegal immigrants who paid $2.5 billion in state and local taxes last year.

“Their personal information will not be required to get those support,” Newsom said of the recipients, adding that money will not be distributed based on income.

The move by California came as some Democrats in Washington, D.C., have been lobbying to include payments to illegal immigrants in stimulus packages. –Fox News

Included in the $2 trillion federal stimulus package recently passed by Congress and signed into law by President Trump is $1,200 per adult and $500 per child, distributed to those with Social Security numbers as well as working legal immigrants.

$266,325 Lamborghini Totaled 20 Minutes After It Leaves The Showroom