Ever since governors started calling up national guard units last month, the Pentagon has insisted that the soldiers remain firmly under the command of the governors that called them up, and that the Pentagon isn’t using the troops to plan for any federal ‘secret missions’ or ‘martial law’, should the crisis spiral out of control and threaten ‘continuity of government’. 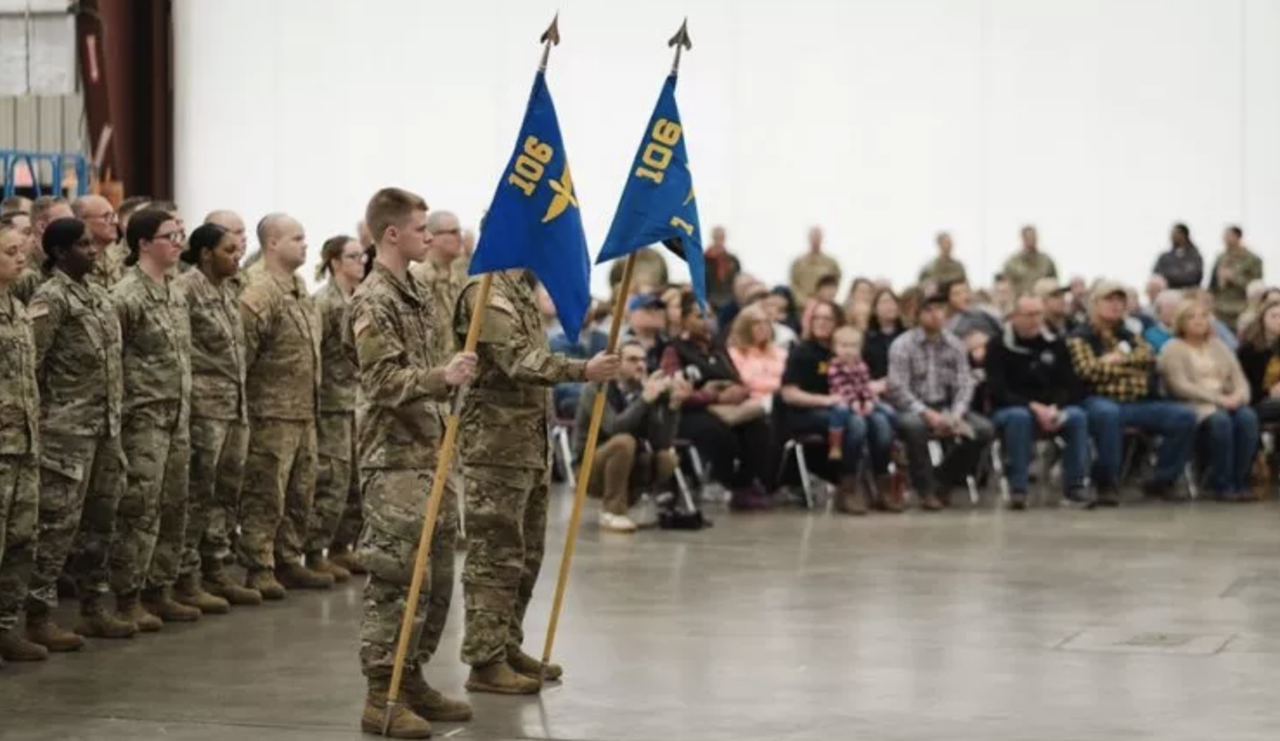 Now, a report in Newsweek purports to prove that the Pentagon lied. In reality, a 10,000 soldier strong national guard unit has been deployed to the capital area with a ‘secret’ assignment to enforce martial law in Washington DC and help evacuate lawmakers and top government officials if things go south.

In reality, the joint task force is already 10k strong, and is already on 24/7 alert.

And yet the activation of Joint Task Force National Capital Region, including almost 10,000 uniformed personnel to carry out its special orders, contradicts those assurances. JTF-NCR is not only real and operating, reporting directly to the Secretary of Defense for some of its mission, but some of its units are already on 24/7 alert, specially sequestered on military bases and kept out of coronavirus support duties to ensure their readiness.

Members of the Illinois 106th Aviation Battalion was called up under a federal statute placing them directly under the control of the Secretary of Defense. The soldiers, along with several Black Hawk helicopters, shipped out of Decatur, Illinois armory last month.

The first hints about this “secret mission” were included in a local Illinois newspaper’s report about the call-up of Illinois National Guard forces who were being deployed at Fort Belvoir outside Washington. In addition to their normal mission objectives, the report noted that the unit had also been assigned a bevy of unfamiliar tasks, including: evacuating officials, lawmakers and members of the judiciary aboard 106th Aviation Regiment helicopters.

Here are more details courtesy of Newsweek, including information about the Major General who would effectively be in charge of securing the capital district if martial law were imposed.

Unlike other Guardsmen activated under “Title 32” orders—under gubernatorial control but paid for by the federal government—the soldiers of the 106th were activated under “Title 10” orders, strict federal duty as if they were going to be shipped off to Afghanistan or Iraq. Except that in this case, the battlefield is Washington, DC.

On that battlefield, the Illinois 106th Aviation Battalion’s helicopters would be used to evacuate everyone from Army leaders to the White House.

“We are that quick reaction force that allows us to help mobilize forces within the Washington DC area, evacuate people, or whatever that might be,” says Cpt. Adam Kowalski of the Illinois Guard. “We’re kind of like that big taxicab that makes sure everybody gets where they need to be and keeps the government going.”

The soldiers in the unit, as well as their commanders, have been studying the Joint Emergency Evacuation Plan – the official protocol for moving and protecting senior officials at the Defense Department – and other plans that cover the evacuation of top civilian officials, like lawmakers and the president.

He and his fellow officers have been studying the Joint Emergency Evacuation Plan (JEEP), the national plan to move Defense Department officials to alternative locations outside the Washington area. JEEP is not the only plan. It is supplemented by Atlas as well, which designates the procedures for the movement of civilian leaders, called “Enduring Constitutional Government,” ensuring the survival of the legislature and the judiciary. And above JEEP and Atlas are the highly classified Octagon, Freejack and Zodiac plans that deal with other emergencies, and the movement of the White House and other presidential successors.

The March 16 order that activated JTF-NCR placed all of this planning under the command of Maj. Gen. Omar J. Jones IV. In “peacetime,” the Army Major General commands the Military District of Washington, an Army unit mostly known mostly for its ceremonial and memorial expertise, providing the soldiers at Arlington National Cemetery, the Drum and Fife formations for parades, the grave and precise standard bearers for state funerals. Following post 9/11 organizational changes, Maj. Gen. Jones was also “dual-hatted” as the commander of Joint Forces Headquarters–National Capital Region, an organization created after it became clear that no single command was in charge of immediate response in Washington. There was not even a single military interface with the White House and what’s called “the interagency”, one organization that would be in charge as continuity of government or other disaster plans were implemented.

In peacetime, the Joint Forces Headquarters is merely a coordinator, with each of the military services retaining control of their forces. But once the Joint Task Force is activated, as it has been now, operations and units shift to what the military calls “operational command.” Maj. Gen. Jones is now in charge. He isn’t some martial law commander who takes precedence over any civil authorities, nor is he out in public telling anyone outside his secretive task force what to do. But he is the military man who would be in charge in Washington if civil government broke down.

However, if shit really does hit the fan, these contingency measures might not even be of much help: “No one wants to talk evacuation, especially when there’s nowhere to go,” said one purportedly ‘senior’ military officer who was working on ‘continuity of government’ planning.

Washington DC is in the midst of a spike in new coronavirus cases, and the mayor earlier this week just extended a stay at home order until the middle of next month.