The COVID-19 epidemic has changed the world in many ways – globalized supply chain fragilties are exposed, proximity to poverty (even in developed markets) has been exposed, lack of preparedness is now obvious everywhere, and everyone is now a social-distancing germophobe; but hey, on the bright side, pollution is down (so there’s that). 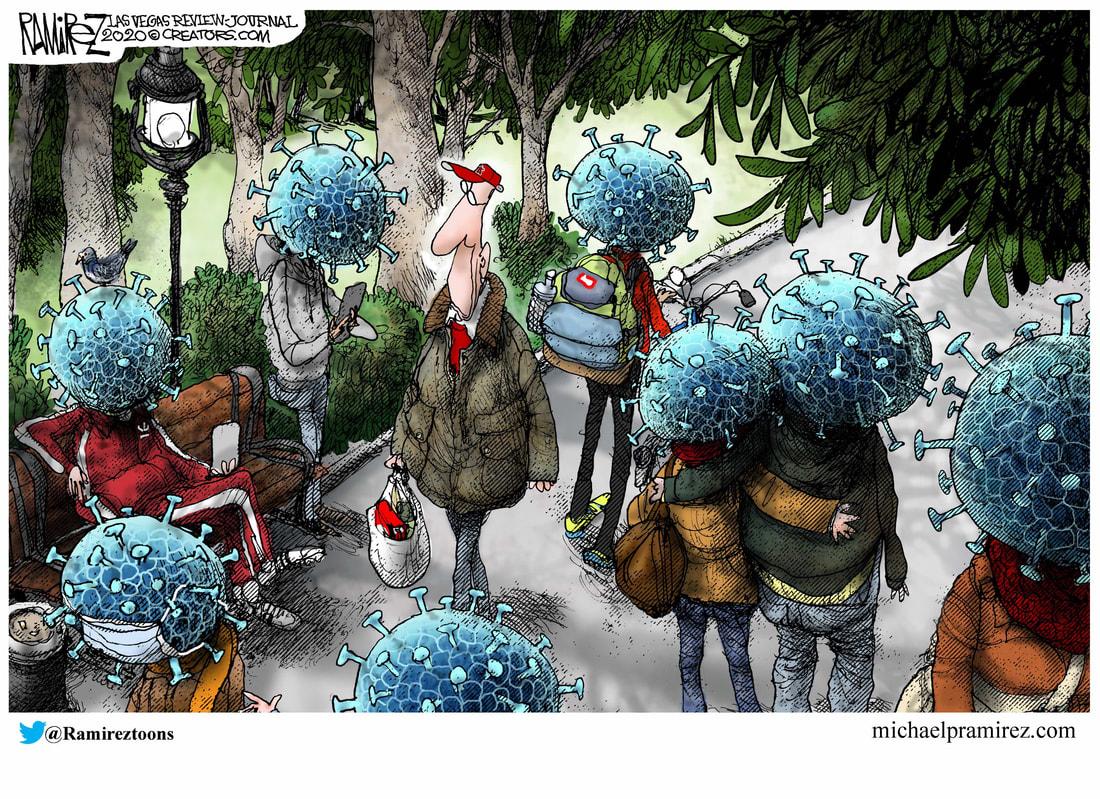 While the headlines scream about the need for bailouts, rescues, handouts for large- and small-businesses and even more so ‘average Americans’, there is one trend, that was occurring before the pandemic struck, that has accelerated drastically (and is willingly accepted and demanded by many) – the tyrannical surge in the surveillance state.

“As the Coronavirus has heightened fear and threatened health across the world, it has been the perfect time for new surveillance measures to be rolled out. Will tracking the global populace aid in stopping the spread of COVID-19, or does the virus simply make for a convenient excuse? And what will become of these digital surveillance strategies once the virus is either overcome or simply accepted as part of our new reality?”

Top10VPN, a VPN advice website, has published a COVID-19 Digital Rights Tracker, logging instances of digital tracking, physical surveillance, and censorship brought about by the virus. “Some of these may well be proportionate, necessary, and legitimate during these unprecedented times. However, others have been rushed through legislative bodies and implemented without adequate scrutiny,” states the site. “As the virus continues to spread around the world, so too do sophisticated surveillance measures and restrictive censorship practices.”

Asia is still leading the scoreboard when it comes to censorship, but Europe quickly caught up and surpassed everyone in the digital-tracking stakes. Physical surveillance is a more even split between those two continents and North America.

Here is a sampling of measures from around the world:

In the U.S., anonymized location tracking has been the primary mode of digital surveillance, and the White House is reportedly in talks with tech companies to utilize smartphone GPS data.

Silicon Valley companies – most notably Google and Apple – were quick to jump on the location tracking bandwagon. More recently, start-ups Tectonix and X-Mode traced the movements of phones that had been present on one Fort Lauderdale, FL, beach gathering, before the attendees dispersed across the Eastern Seaboard. Tectonix then uploaded the video on Twitter to promote social distancing.

“Without adequate tracking, there is a danger that these new, often highly invasive measures will become the norm around the world,” Samuel Woodhams, Top10VPN’s Digital Rights Lead, told Business Insider. “Although some may appear entirely legitimate, many pose a risk to citizens’ right to privacy and freedom of expression.”

“There is a risk that many of these new capabilities will continue to be used following the outbreak,” Woodhams continued.

“This is particularly significant as many of the new measures have avoided public and political scrutiny and do not include sunset clauses.”

For now, any progress on re-opening the economy appears to be a combination of technological tracking and “testing, testing, testing!” As President Trump tweeted earlier today:

“Last month all you heard from the Radical Left, Do Nothing Democrats was, “Ventilators, Ventilators, Ventilators.” They screamed it loud & clear, & thought they had us cold, even though it was the State’s task. But everyone got their V’s, with many to spare. Now they scream  “Testing, Testing, Testing,” again playing a very dangerous political game. States, not the Federal Government, should be doing the Testing – But we will work with the Governors and get it done. This is easy compared to the fast production of thousands of complex Ventilators!”

Which brings us to Mark Zuckerberg’s op-ed in The Washington Post today which at first glance can be seen as “no problem, Mr. President, we got this!”

However, there’s more going on here than meets the eye. Zuckerberg begins optimistically with a “we’re here to help” perspective:

“As the world fights covid-19 and countries develop plans to reopen their societies, it’s critical to have a clear understanding of how the disease is spreading. Better data can help governments determine where to send resources such as ventilators and personal protective equipment — and eventually which areas are safe to start opening up again.

All sounds fine for now… but here’s the kicker…

“We recently started showing the Facebook community in the United States an opt-in symptom survey run by health researchers at Carnegie Mellon University.

The survey asked people if they have symptoms such as fevers, coughing, shortness of breath or loss of smell that are associated with covid-19. Since experiencing symptoms is a precursor to becoming more seriously ill, this survey can help forecast how many cases hospitals will see in the days ahead and provide an early indicator of where the outbreak is growing and where the curve is being successfully flattened.

The survey responses are sent to the researchers and aren’t accessible to Facebook.”

So to translate – with the world’s leader all desperately exclaiming that “we’ll let the science drive our decisions” and calling for “testing, testing, testing,” Zuck’s suggestion is that “science” in the case of the pandemic is now “testing by survey.”

Just glance at the sentiment surveys for American business in the last few months for a sense of just how humans behave in surveys – ignoring everything until it’s too late and easily biased by groupthink and herding.

We suspect this “science” can then be used (or abused, depending on which side of the aisle on which you sit), to show a surge in “symptoms” in the next months, just as President Trump prepares to reopen the US economy ahead of the November election.

So, as governors demand more and more testing, Facebook can offer a “data-driven” solution to “testing” and if you’re a good Democrat you’re likely to be more symptomatic than less.

Zuckerberg carefully concludes how wonderful this could be…

“Data like this can unlock a lot of good. Since we’re all generating data from apps and devices every day, there will likely be many more opportunities to use the aggregate data to benefit public health. But it’s essential that this is done in a way that protects people’s privacy and respects human rights.”

But, we wonder – given Zuckerberg’s history of not being completely forthcoming with the truth – just how long it will be before Facebook’s “survey” of symptoms becomes the media’s “new normal” tracking index for just how prepared America is to be re-opened… and just how much blood will be on President Trump’s hands should he try to re-open the economy… or more likely, to ensure the economy is not re-opened before the election.

2020: The Year We Sold Our Liberties For A Medical Tyranny

Surviving Tiananmen: The Price Of Dissent In China