“I Want My Life Back” – German Anti-Lockdown Protests Worsen

“I Want My Life Back” – German Anti-Lockdown Protests Worsen

More than a thousand anti-quarantine protesters turned out for a rally in the German capital, Berlin, on Saturday, resulting in dozens of arrests. This is a continuation from last weekend as social decay worsens. 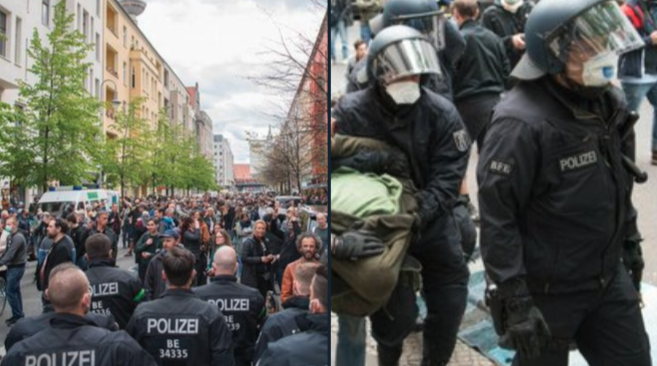 Protesters yelled, “I want my life back” and displayed signs that said, “Protect constitutional rights,” “Freedom isn’t everything, but without freedom, everything is nothing,” and “Daddy, what is a kiss?” reported Reuters.

Protesters handed out flyers entitled “Democratic Resistance,” which stated the COVID-19 pandemic is ushering in the surveillance state as the government seizes power by spreading fear.

Police spokesman Thilo Cablitz said the city approved an event where people were to hand out flyers and follow social distancing rules — but it eventually transformed into a protest that got out of hand.

“During coronavirus times and according to containment regulations, we are obliged to prevent a gathering,” Cablitz said.

Some protesters abided by social distancing rules while others blatantly ignored, and were visibly upset, calling for an end of the government lockdown. Here are some of the scenes that unfolded in Berlin on Saturday:

🇩🇪 GERMANY – The police in Berlin give a speech against the protest of citizens against the lockdown measures.

In the middle of Berlin another Saturday protest is underway against the lockdown measures introduced – and slowly being lifted – by the Germany government. #COVID19

One of the protestors was just carried away by police officers pic.twitter.com/3zSfutVfZf

LIVE from the protest “Not without us!” in #Berlin against #coronavirus protective measures

Social unrest has not only been limited to Germany. We noted last week that Paris experienced riots as people are losing their minds in quarantine.

According to data from Johns Hopkins University, Germany has reported 157,177 confirmed cases and 5,913 deaths on Sunday. The country is the fourth hardest-hit area in Europe, behind France, Italy, and Spain. 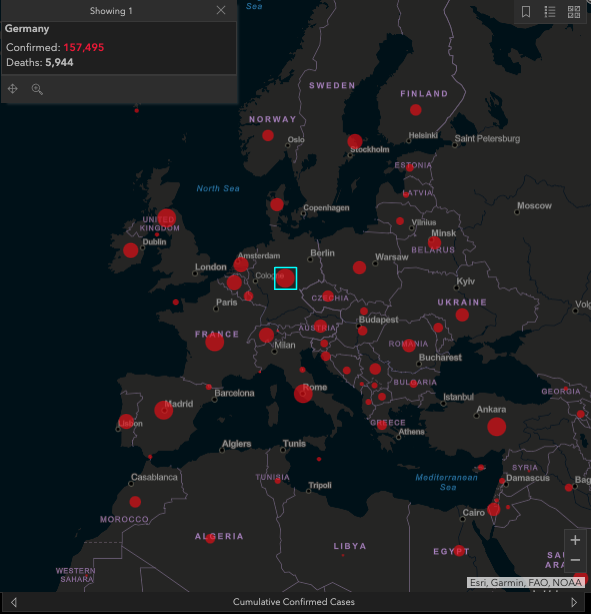 Unrest in Germany comes at a time when Italy has started to lift lockdown restrictions, now allowing certain shops to reopen. Small and medium-sized businesses have been coming back online in recent days.

Italian Prime Minister Guiseppe Conte has called on the European Union to issue it “corona-bonds” to help it restart its economy after plunging into chaos amid one of the worst outbreaks in the bloc.

Germany, Europe’s biggest economy, has had some push back on the Italian corona-bond idea. And just maybe, Italy is prematurely opening its economy to secretly force a second virus wave that would send its economy into a double-dip depression that would force Germany and the European Union to issue it corona-bonds.

Things are getting messy in Europe as social unrest appears be the evolution of the virus crisis.