With news that the Gilead Remdesivir trial had reportedly met its primary endpoint hitting “coincidentally” just seconds before the Q1 GDP print, and with newswires initially reporting the GDP erroneously as a positive 4.8% print, it was clear that the real number would be a disaster, and sure enough moments later newswires reversed and reported that Q1 GDP was in fact, a worse than expected negative 4.8%, the biggest drop since March of 2009, and officially marking the start of the US recession. 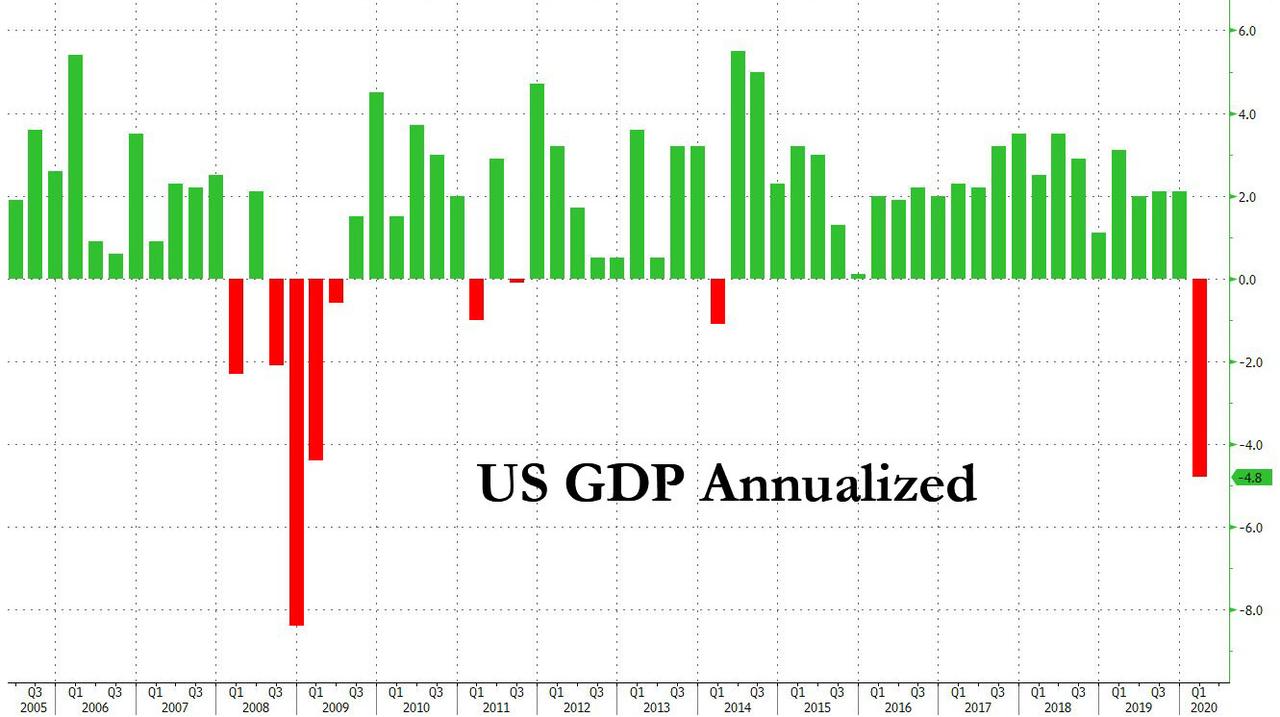 Perhaps in response to demands from the White House, the BEA was quick to note that “the decline in first quarter GDP was, in part, due to the response to the spread of COVID-19, as governments issued “stay-at-home” orders in March. This led to rapid changes in demand, as businesses and schools switched to remote work or canceled operations, and consumers canceled, restricted, or redirected their spending. The full economic effects of the COVID-19 pandemic cannot be quantified in the GDP estimate for the first quarter of 2020 because the impacts are generally embedded in source data and cannot be separately identified.”