Acting Director of National Security Richard Grenell has given Rep. Adam Schiff (D-CA) and ultimatum; release 53 the transcripts from 53 secret interviews conducted by the House Intelligence Committee’s Trump-Russia investigation, or Grenell will do it through the Office of the Director of National Intelligence, according to the Washington Examiner. 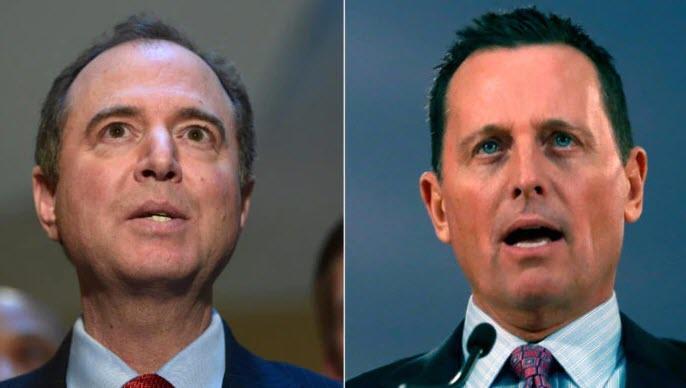 In a letter to Schiff, Grenell noted that the transcripts of all 53 interviews – consisting of more than 6,000 pages, have been cleared for public release.

“All of the transcripts, with our required redactions, can be released to the public without any concerns of disclosing classified material,” wrote Grenell in the May 4 letter.

The Intel Committee did the first probe into Russia’s 2016 campaign interference and allegations of Trump-Russia collusion. Even today, its findings make up most of what we know about the affair. As part of that investigation — it was run by then-majority Republicans — the committee interviewed some key witnesses in the Trump-Russia matter: Donald Trump Jr., Steve Bannon, Andrew McCabe, Sally Yates, Michael Cohen, Hope Hicks, and many more. –Washington Examiner

The decision to make the transcripts public was reached in  September 2018, when the House was still controlled by the GOP, with the caveat that they would need to be first checked by the Intelligence Community for classified information.

Two weeks ago, the Wall Street Journal reported that the Intelligence Community had finished reviewing 43 of the transcripts, but that Schiff was sitting on them – and had prevented declassification of the remaining ten transcripts.

In fact, Grenell reveals in his letter that Schiff has been sitting on the 43 transcripts since June 2019. With the remaining 10 cleared, Grenell wrote:

Trump Is All Wrong about Bitcoin