We have been extensively documenting the growing auto industry glut that literally has ports so full that they are keeping ships at sea because they can’t accept any more inventory.

But now, the auto industry looks as though it has a plan to move some of this inventory: massive discounts and incentives.

Texas auto dealer Hayden Elder, who had his worst month in 42 years in March, told Reuters: “I think that will open the door for a ton of orders for the factory.” He owns two Dodge, Jeep and Ram dealerships in a rural eastern region of Texas and has remained open.

Jeff Schuster, president of the Americas for consultancy LMC Automotive expects that the industry will rebound in the second half of the year, but predicts that 2020 sales will end the year up to 25% lower than 2019.

Schuster said: “Until we get plants up and running and the economy restarted, we’re in uncertain territory.” Though if inventory is the problem du jour, we’re not quite sure what cranking out more vehicles at this point is going to solve. 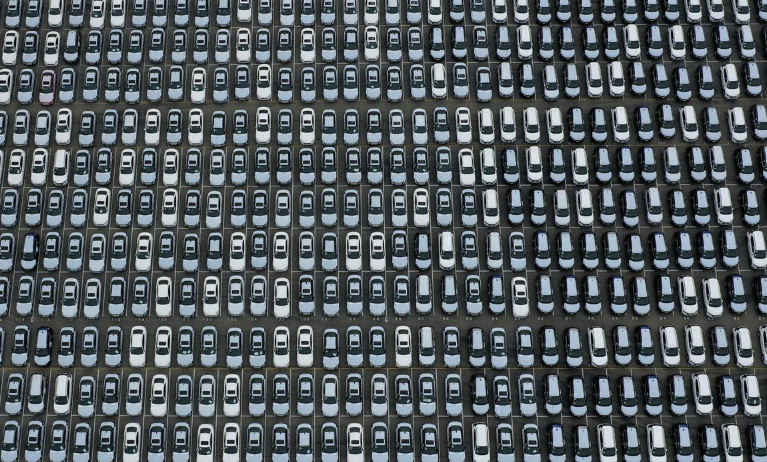 Auto makers have been torching cash while the coronavirus has swept its way across the country. The consequences of the shut down have been immense. Toyota reported a 54% sales decline in April, for example. Hyundai and Mazda reported drops of 39% and 45%, respectively.

“I’ve never seen that level of incentives,” he said.

Ford CEO Jim Hackett is also optimistic, stating last week: “My belief is that demand will come back fairly well.” 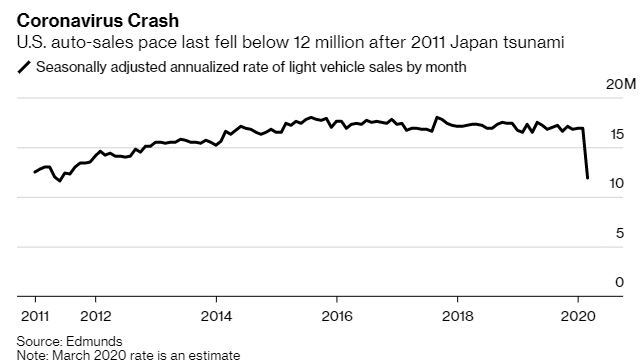 Ford’s U.S. sales chief then tipped the company’s hand, leading on that they continue to expect help from the government in order to steady their business: “Certainly we believe that some level of government stimulus post crisis to help customers and the auto industry to recover would be appropriate.”

One problem continues to be the used auto market, where prices are expected to crash. It’s a story we have covered at length here on Zero Hedge and it may result in siphoning off some business that would normally purchase new vehicles.

Another risk, should automakers offer extensive discounts, is that customers could want the same incentives over the longer term. Mark Wakefield, a managing director at consultancy AlixPartners said: “Those things are hard to walk back.”

“Competition for these off-lease customers will be fierce,” Cox Automotive economist Charlie Smoke said in late April. When times are tough, Americans have been known to flock to used cars. 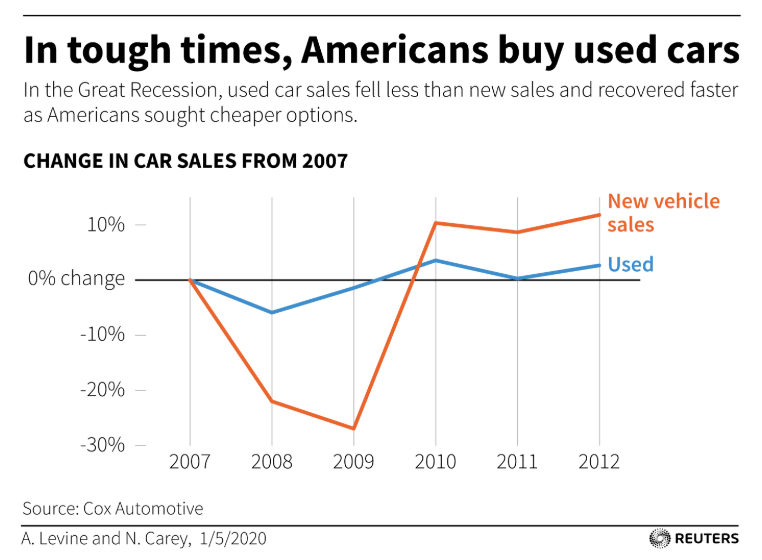 We have been keeping a close eye on the auto market throughout the coronavirus crisis.

“There are basically no sales,” we wrote about the auto industry heading into April. One automotive researcher said of the industry-wide crisis: “The whole world is turned upside down right now.”

Recall we just wrote that ships full of cars were being denied entry to ports in California due to the massive inventory glut. Such was the case on April 24 when a cargo of 2,000 Nissan SUVs was approaching the port of Los Angeles. They were told to drop anchor about a mile from the port and remain there.

“Dealers aren’t really accepting cars and fleet sales are down because rental-car and fleet operators aren’t taking delivery either. This is different from anything we’ve seen before. Everyone is full to the brim.”

The Central Banks Lift House Prices and Rents, But Not Everywhere