The report says iPhone sales plunged 77% on a year-over-year basis in April and were down 56% over the previous month.

Apple closed US retail stores on March 14, which contributed to a significant deterioration in iPhone sales through April. Shipments in the month declined 57% year-over-year basis and 37% on a month-over-month basis.

The KeyBanc analyst notes that consumers are shifting towards cheaper iPhone models over the month. This trend will likely persist as high unemployment, recession, and uncertainty plagues consumers.

KeyBanc’s data is based on anonymous spending data from 2 million KeyBank credit and debit cards, showed the slowdown in iPhone sales at stores and online began last summer and accelerated into early 1Q20. By the time the pandemic triggered lockdowns in March, sales at stores collapsed. It wasn’t until April when store sales plunged to zero with a slight increase in online sales, but as noted above, the offset is not enough to stem year-over-year losses in iPhone sales. 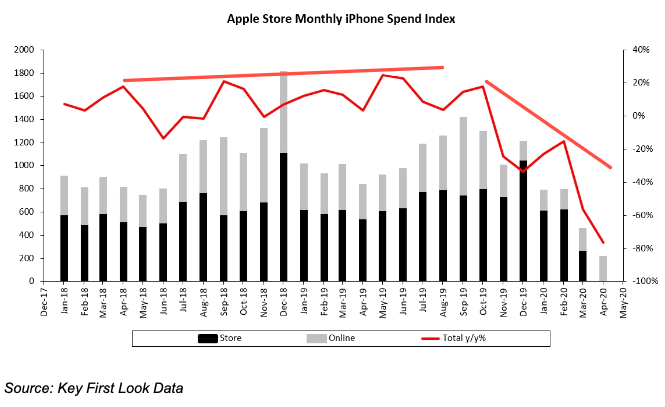 Despite souring fundamentals, Apple’s stock continues to rise. It was noted that the Swiss National Bank’s latest 13F, as of March 31, said it purchased $4.4 billion worth of Apple in the market rout last quarter. Possibly explains Apple’s share price levitation. 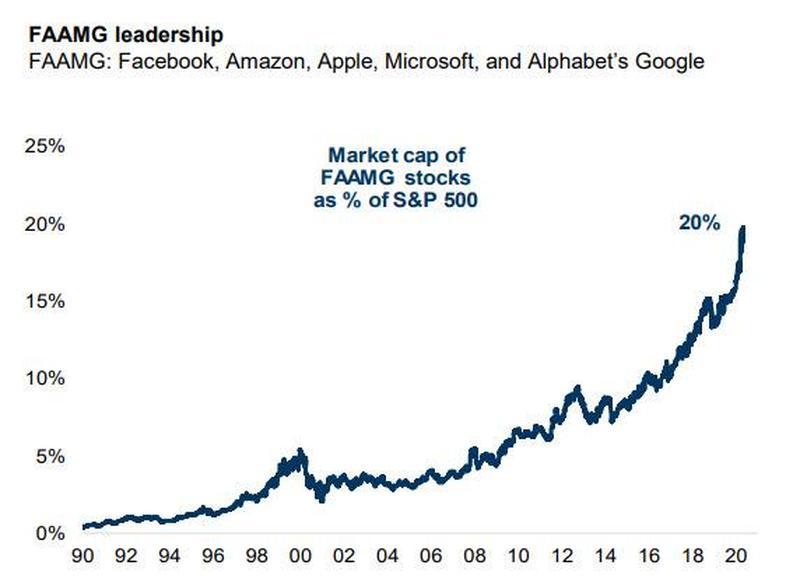 With tens of millions of Americans out of work and some might not be able to find jobs as the probabilities of a V-shaped recovery for the real economy in the back half of the year continues to wane — KeyBanc’s data is an eye-opener for a consumer that has been severely damaged and might not be able to afford expensive iPhones this year.

Street Vapes Are Not E-cigarettes

How The Super Rich Are Preparing For The Coronavirus

How Words Like “Essential” and “Need” Are Abused by Politicians