A second coronavirus has reportedly hit the USS Theodore Roosevelt after five sailors who had returned retested positive for the virus.

In March, as many as 1,000 of the vessel’s 4,900 crew tested positive and were evacuated to shore. The Navy quickly implemented screening procedures to allow those who had recovered to return if they tested negative.

The New York Times first reported the emergence of the virus outbreak on Wednesday. 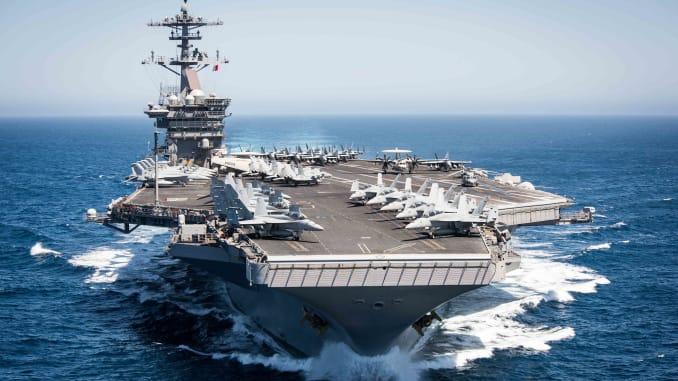 “The five Sailors developed influenza-like illness symptoms and executed their personal responsibility by reporting to medical for evaluation,” Vasquez said. “The Sailors were immediately removed from the ship and placed back in isolation, their close contacts were mapped, and they are receiving the required medical care.”

The vessel is currently docked in Guam. The sailors, who have been reinfected, were removed from the ship. An additional 18 crew members were also removed due to their close proximity to the infected sailors.

A US defense official told CNN that the “flare-up” in cases could be the result of a testing issue than a renewed outbreak.

The Navy said Thursday, following the outbreak in March, more than 2,900 sailors have returned to the ship.

The outbreak on the aircraft carrier led to the firing of the ship’s commanding officer, and the resignation of the acting Navy secretary.

The Navy launched an investigation into the events that led up to the outbreak on the ship, which effectively rendered the vessel inoperable. There were additional reports that the USS Ronald Reagan aircraft carrier also saw confirmed virus cases in late March.

While the Navy was bogged down by virus spreading in March/April, China found the opportunity to launch major war exercises in the South China Sea during this time.

The Deception behind Government Licensing Laws

Mayonnaise, Hot Dogs, and 4 Other Delicacies in the USSR