Despite a few close calls, it appears Germany is pushing ahead with its reopening. And in a major symbol of Europe’s “return to normalcy” (as the first stirrings of a second wave of SARS-Cov-2 have emerged in mainland China, South Korea & Singapore), Germany’s Bundesliga, the German Federation’s top-flight soccer league, is holding its first round of games since the outbreak began on Saturday.

Five matches including a derby between Borussia Dortmund and Schalke 04 mark the restart of the league, though they are taking place under strict health and hygiene protocols. Stadiums are empty, coaches are wearing face masks and handshakes are banned. 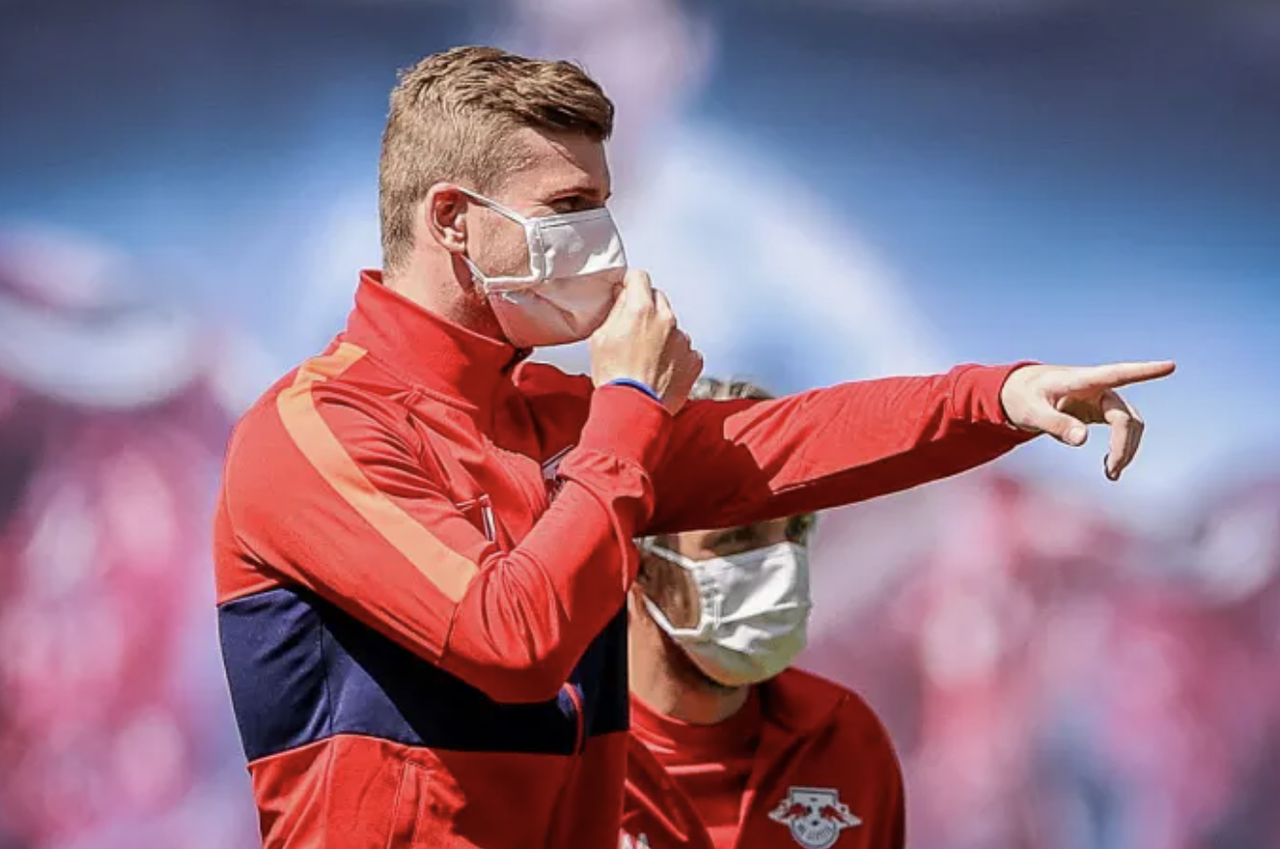 Here’s the schedule, for any Europeans – or sports-deprived Americans – interested in watching (times all ET): 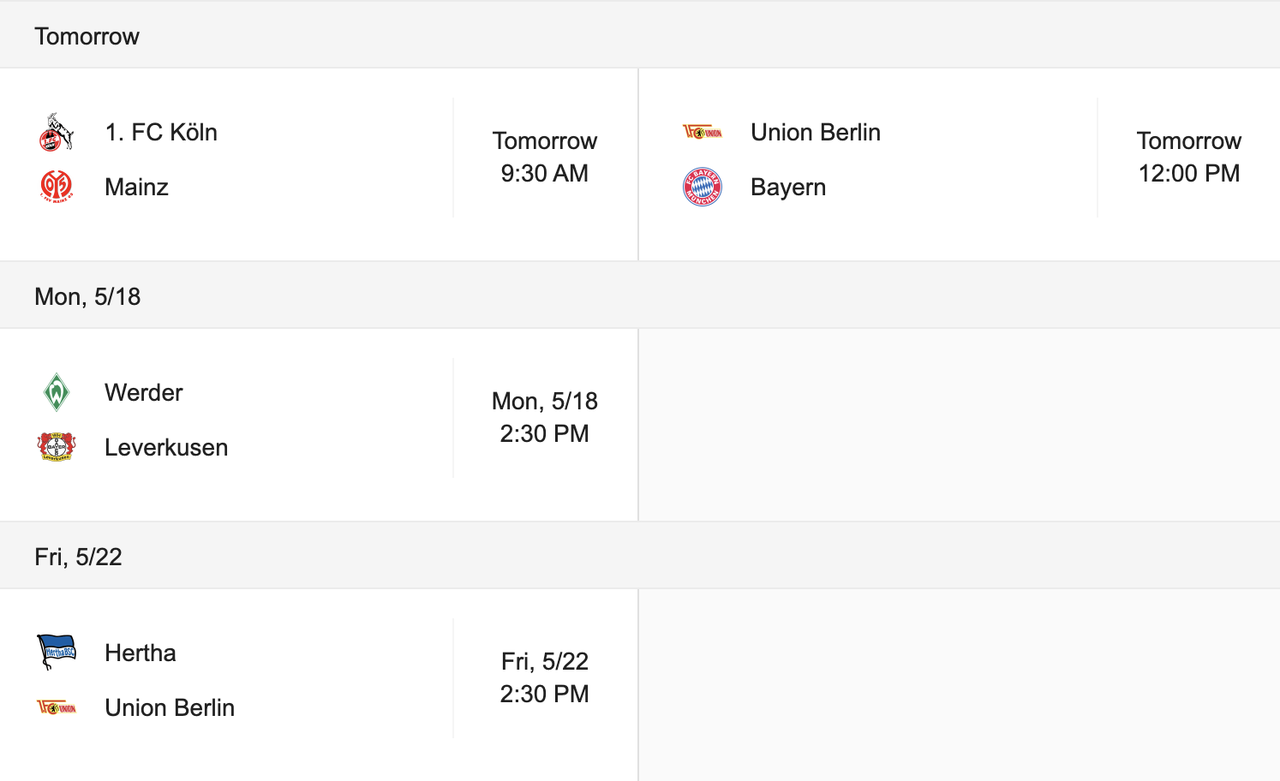 Additionally, German Finance Minister Olaf Scholz is reportedly working on an aid package worth €57 billion ($61.65 billion) to help towns and cities cope with a plunge in tax revenues caused by the coronavirus crisis. Dems in the US have argued that states need more aid to deal with their own drop in tax revenue, which is part of the reason they’re pushing for another relief bill (though the $3 trillion price tag they’re currently pushing is widely considered DOA).

As more European countries ease their lockdowns, Hungary PM Viktor Orban said Saturday he would gradually lift lockdown restrictions in Budapest beginning Monday, two weeks after it ended the lockdown in the rest of the country.

The biggest news Saturday morning is that the global number of coronavirus cases passed 4.5 million, according to data from Johns Hopkins University.

Unfortunately, as the outbreaks in Russia and Brazil flare out of control and testing ramps up for the first time, the number of new cases reported globally climbed to its highest level since late April, with 97,500 new cases (More than 1/4 were from Russia and Brazil alone).

Meanwhile, the global death toll from the virus has topped 300k.

While many places are unwinding their lockdowns – including countries like Brazil, which has seen the outbreak explode as its president has continued to resist any actions to suppress the outbreak even as health-care systems in the Amazon are overwhelmed – others are tightening restrictions. In Chile, the capital city Santiago is imposing a lockdown to keep people from entering as Brazil’s neighbors increasingly fear the outbreak in that country will make things worse for the entire continent.

Moving on to the UK, the Department of Health and Social Care reported the latest batch of new figures Saturday morning. The UK’s confirmed deaths are now just a hair below 35k.

As of 5pm on 15 May, of those tested positive for coronavirus, across all settings, 34,466 have sadly died. pic.twitter.com/NUmxLoGRgx

In the US, President Trump announced Saturday morning that he planned to restore 10% of the US’s funding for the WHO, putting the US on an even footing with China.

While many younger, single Americans are enjoying the enhanced unemployment benefits (indeed, many American workers are earning more per week via the combination of unemployment and additional relief than they would have working, according to data shared by the Wall Street Journal) others with families to feed are turning to food banks in unprecedented numbers. As the FT reported Saturday, “America’s food banks are being pressed into service as never before” as unemployment surges forcing many working-class and middle-class families to visit food banks for the first time.

Feeding America, the largest organization representing food banks in the US (it represents 200+ individual charities across the country), says it has experienced a 70% increase in the number of people seeking food assistance since the crisis began. Of the newcomers, ~40% say they’re visiting for the first time.

While this all might sound pretty dire for the world’s largest economy, a team of Goldman analysts has stumbled upon another potential complication. After rectifying America’s Treasury issuance with the Fed’s balance-sheet expansion, it appears that individual investors might be left with a $1.6 trillion wad of paper, ready to monkeyhammer interest rates higher. Keeping in mind the market’s reaction to Fed Chairman Powell on Wednesday, we suspect the Fed will be looking for any pretext to further accelerate its already-unprecedented balance sheet expansion.

Cambodia on Saturday reported that all of its confirmed coronavirus patients have now recovered from the disease, and the southeast Asian country hasn’t reported a single new case for weeks. Joining the growing number of European countries that are easing travel restrictions (but typically only for select nations within the Schengen zone), the Italian government passed a new decree to allow travel across the country, as well as to and from other European countries starting on June 3, Al Jazeera reports.

Mexico’s health ministry confirmed 290 additional coronavirus deaths on Saturday and 2,437 new infections, the largest jump in new cases since the start of the pandemic. The new infections brought confirmed coronavirus cases to 45,032 and 4,767 deaths in total, according to the official tally, though many suspect the true number of infections is  much higher due to the number of deaths recorded (evidence that the government has deliberately undercounted has also sowed widespread doubt). Mexico’s previous highest daily confirmed cases total was a day earlier on Thursday, when authorities reported 2,409 new infections.

Finally, the city of Wuhan has succeeded in conducting 113,609 nucleic acid tests on May 15, according to local health authorities. That’s approxmiately 1/10th of the number of daily tests they will need to carry out to hit their goal of testing 11 million ppl in 10 days.

As we have reported, Wuhan has launched a city-wide testing campaign after confirming its first cluster of COVID-19 infections since the end of the citywide lockdown that made the city’s residents prisoners inside their own homes.

The number of tests administered on May 15 in the city of 11 million residents marked a new record. But still, officials are nowhere near hitting their unrealistically ambitious targets.