Last night, as dozens of biotech companies rushed to issue stock following the massive spike in Moderna shares on some extremely preliminary trial results inspired the biggest short-squeeze in US equities since the beginning of May, we warned that Moderna shareholders might be in for a bruising “bait-and-switch” as reports about insider share sales emerged, and Moderna, along with dozens of other biotech companies the company, seized on the demand to issue more shares.

But it’s not only Moderna’s billionaire founder/CEO Stephane Bancel – once compared to a post-scandal Elizabeth Holmes – who stands to profit from the action: the White House’s new vaccine czar also holds – or rather, held – more than 150,000 options contracts on Moderna shares worht more than $12 million, and had resisted pressure to divest them despite the blatant conflict of interest. We were joking yesterday when we speculated that he would probably be glad to exercise these options at current prices. But just as every joke contains a nugget of truth, that one turned out to be prophetic, too. 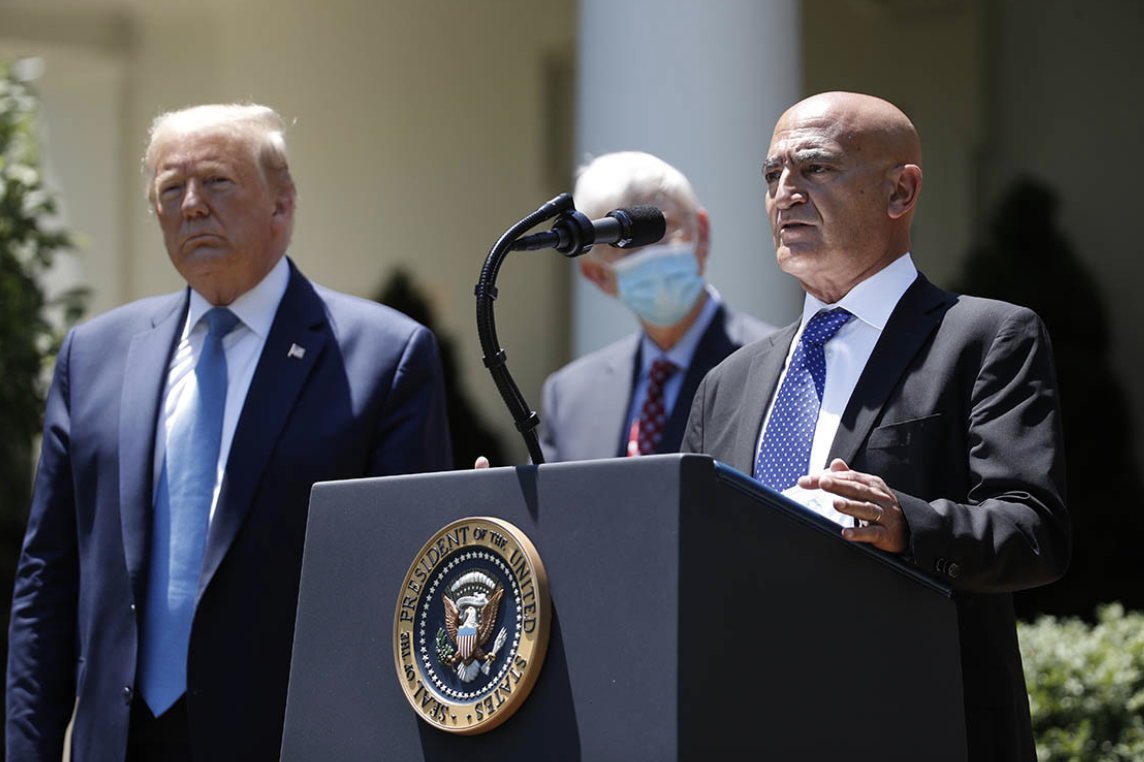 As Moderna shares rallied yesterday, the White House said the new vaccine czar, Moncef Slaoui, who had resigned from the biotech company’s board just days before, planned to sell his options.

A press release touting the sale hit newswires this morning at around 530amET. Most members of the Washington Press Corps are still sleeping off their hangovers at that hour, so it’s hardly surprising that the news seems to have attracted little, if any, media attention on Tuesday.

Slaoui brushed off accusations that he might be biased about the efficacy of Moderna’s vaccine. Still, considering that Moderna is already working with the NIH, we certainly found it surprising that such preliminary results involving a group of just 8 patients could have such an outsize impact on the market.

At times during the press conference where Trump introduced Slaoui to the public, the new czar’s enthusiastic words about “Operation Warp Speed” – an effort that the White House has tried to compare to the Manhattan Project despite the fact that it appears to have been named by a third-grader – seemed to almost undercut his authority. He did, after all, claim that the government’s absurd target of producing 300 million doses of a still-nonexistent vaccine by the beginning of next year might actually be “doable.”

We suspect Slaoui’s willingness to parrot these Muskian delivery targets played a major role in the White House’s decision to leave Moderna’s board and join the White House in fighting the coronavirus. With this, Slaoui gets to kill two birds with one stone: Cash out his options, and build a reputation as a selfless public servant putting his persona financial interests aside to combat the biggest threat to humanity and freedom since the Nazis.