While just under 40 million Americans have filed for unemployment since mid March, America’s billionaires are doing just fine – watching their fortunes soar a combined $434 billion during the same period, reports CNBC. 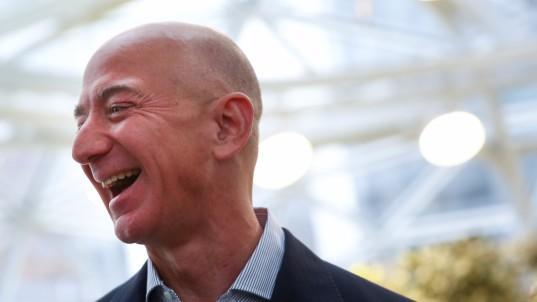 Leading the pack are Jeff Bezos and Mark Zuckerberg, whose fortunes grew by $34.6 and $25 billion respectively, according to the Americans for Tax Fairness and the Institute for Policy Studies’ Program for Inequality – based on Forbes data for America’s over 600 billionaires collected between March 18 and May 19.

That said, looking at YTD paints a slightly different picture:

Because the study timeline captures the stock market bottom and quick rebound, it creates a slightly sunnier picture for billionaires than the full year. For the year, Buffett’s wealth has declined by $20 billion, according to the Bloomberg Billionaire’s Index, while Gates is down by $4.3 billion. For the year, Jeff Bezos has gained $35.5 billion while Zuckerberg is up by $9 billion. –CNBC

“The surge in billionaire wealth during a global pandemic underscores the grotesque nature of unequal sacrifice,” said Chuck Collins, director of the IPS Program on Inequality and co-author of the Billionaire Bonanza 2020 report. “While millions risk their lives and livelihoods as first responders and front line workers, these billionaires benefit from an economy and tax system that is wired to funnel wealth to the top.”

Still, the pandemic hasn’t been kind to other billionaires – whose yacht upgrades may need to wait. Those in travel and retail have taken a beating. Ralph Lauren saw his wealth drop by $100 million to $5.6 billion, while hotelier John Pritzker has seen a $34 million drop to $2.56 billion. We know, time to get a collection going.