Stocks of gunmakers and law-enforcement related equipment jumped on Monday after this weekend’s violent nationwide protests following the death of George Floyd, a black Minneapolis man who died after a white police officer pinned him on the ground by his neck for over eight minutes.

Sturm Ruger and Smith & Wesson were both up over 10% in early trading, with the latter spiking nearly 30% at first print vs. Friday’s close. 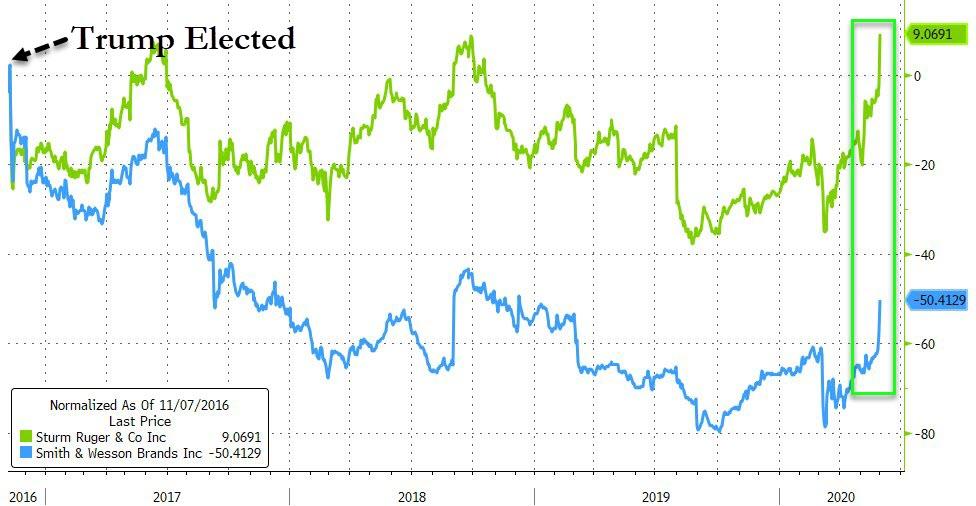 The spike comes as armed residents of upscale Bellevue, WA were seen defending their neighborhood.

BELLEVUE AND SEATTLE PROTEST. These people have multiple guns. They are shouting “GO HOME AND BE SAFE! “ What do you think? #BLM #BLMPROTEST pic.twitter.com/8xX5zp4QQL 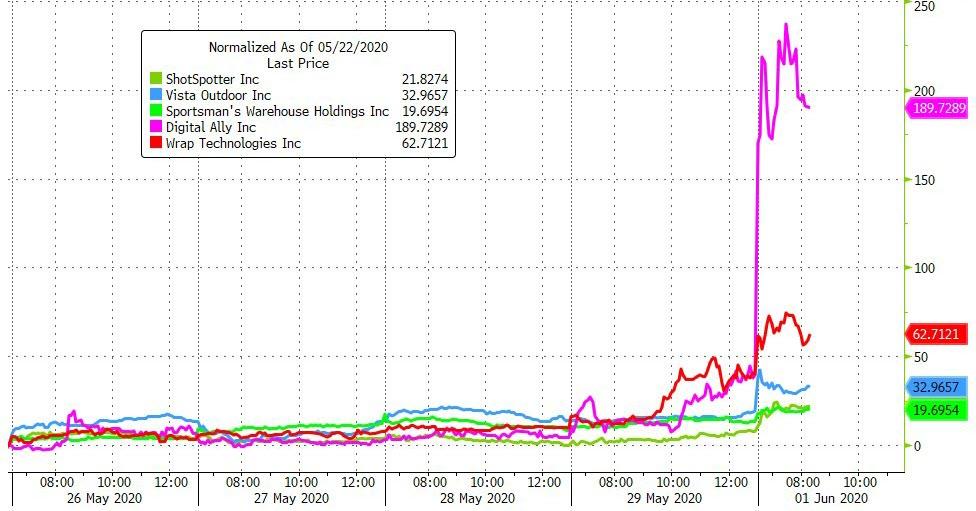 And with word that Antifa is planning to invade the suburbs next (the last tweet before one of their primary accounts was suspended), ADT home security stock is spiking as well – up more than 12% as of this writing. 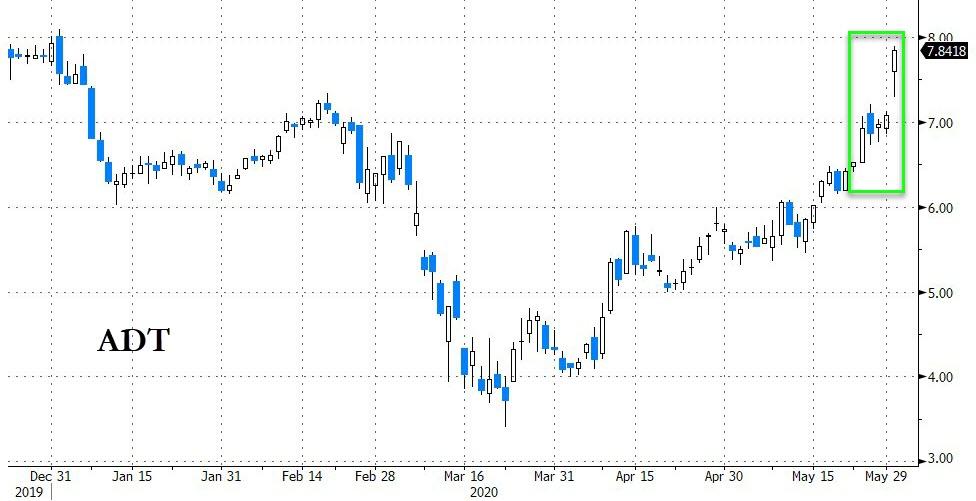 Meanwhile, here’s a chart of the latest FBI background check information, which will be updated later today. Anyone care to guess what the next leg will look like?

The “Special Relationship” Is Collapsing… And That’s A Good Thing

Here Are The Cities With The Most Student Debt