There were clear problems with Friday’s “incredible” – as Trump put it – jobs report.

First and foremost the BLS’ own admission there was a “survey error” which may have reduced the real unemployment rate by up to 3% as survey-takers mistakenly counted about 4.9 million temporarily laid-off people as employed, then moving through some very aggressive statistical assumption revisions to boost the “birth/death” model, the curious case of millions of “jobs” resurrected temporarily thanks to the PPP program: as recruitment firm LaSalle Network head Tom Gimbel said, today’s jobs report may offer a “false ray of light” because almost all job gains stemmed from furloughed employees kept on the books due to PPP loans (he said he was seeing real weakness in new hiring).

But even if one accepts the report at its face, if one digs beneath the glossy veneer, the details are anything but “incredible” as described by the president.

Start with Trump’s “incredible” V-shaped rebound: after the 2.5mm new jobs added, total US employment is basically where it was at the depth of the financial crisis, while 21 million workers find themselves unemployed – this number was 6 million just two months ago. 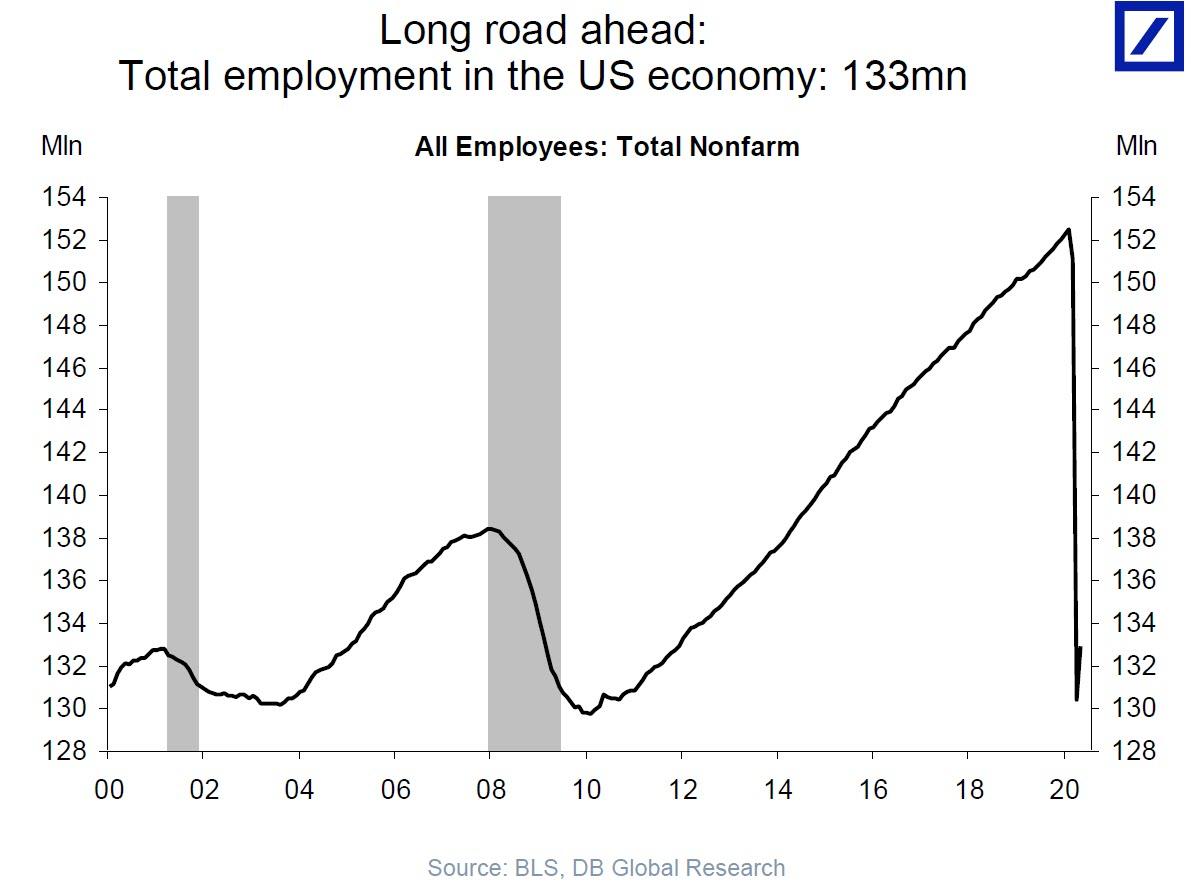 Putting that number in context, with roughly 133 million employed workers, there are a record 102 million Americans who are not in the labor force, of whom 92.7 million don’t even want a job. 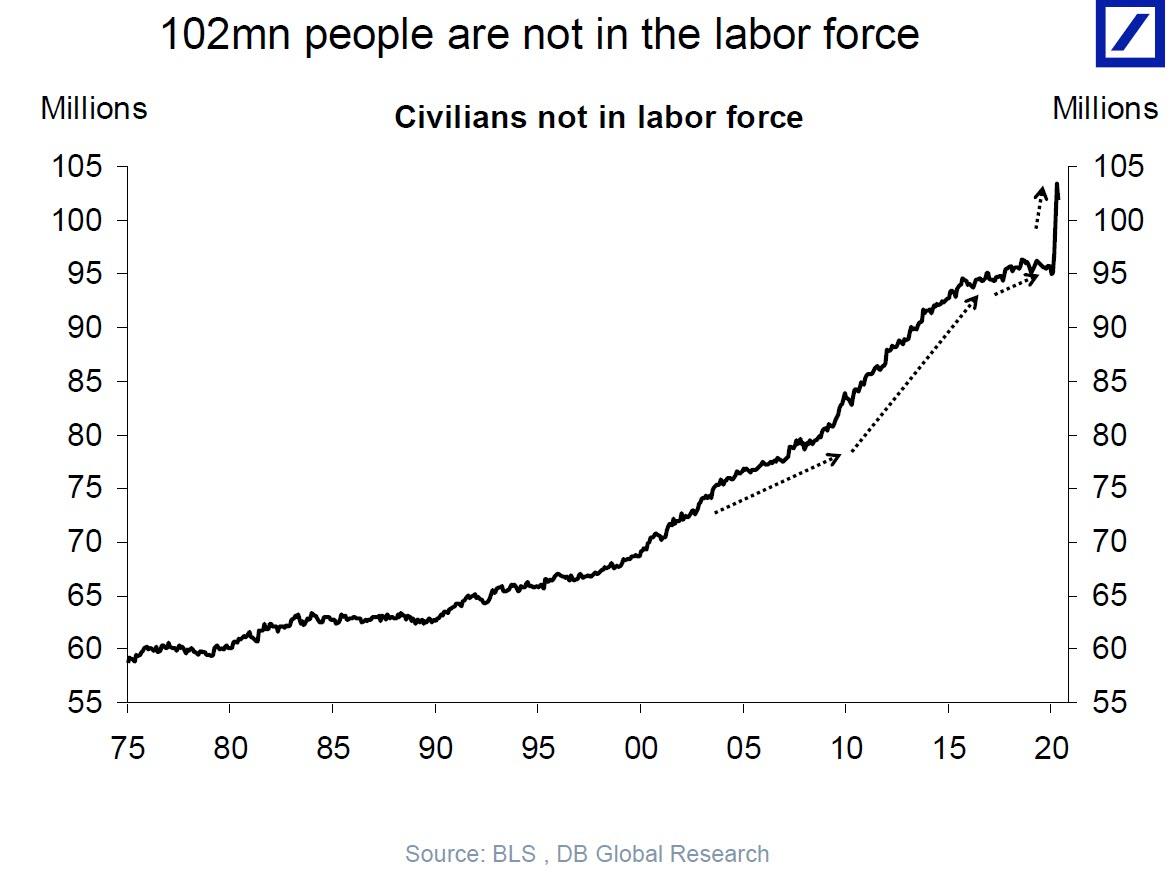 Among those who were lucky enough to remain in the work force, millions were shifted from full to part-time. 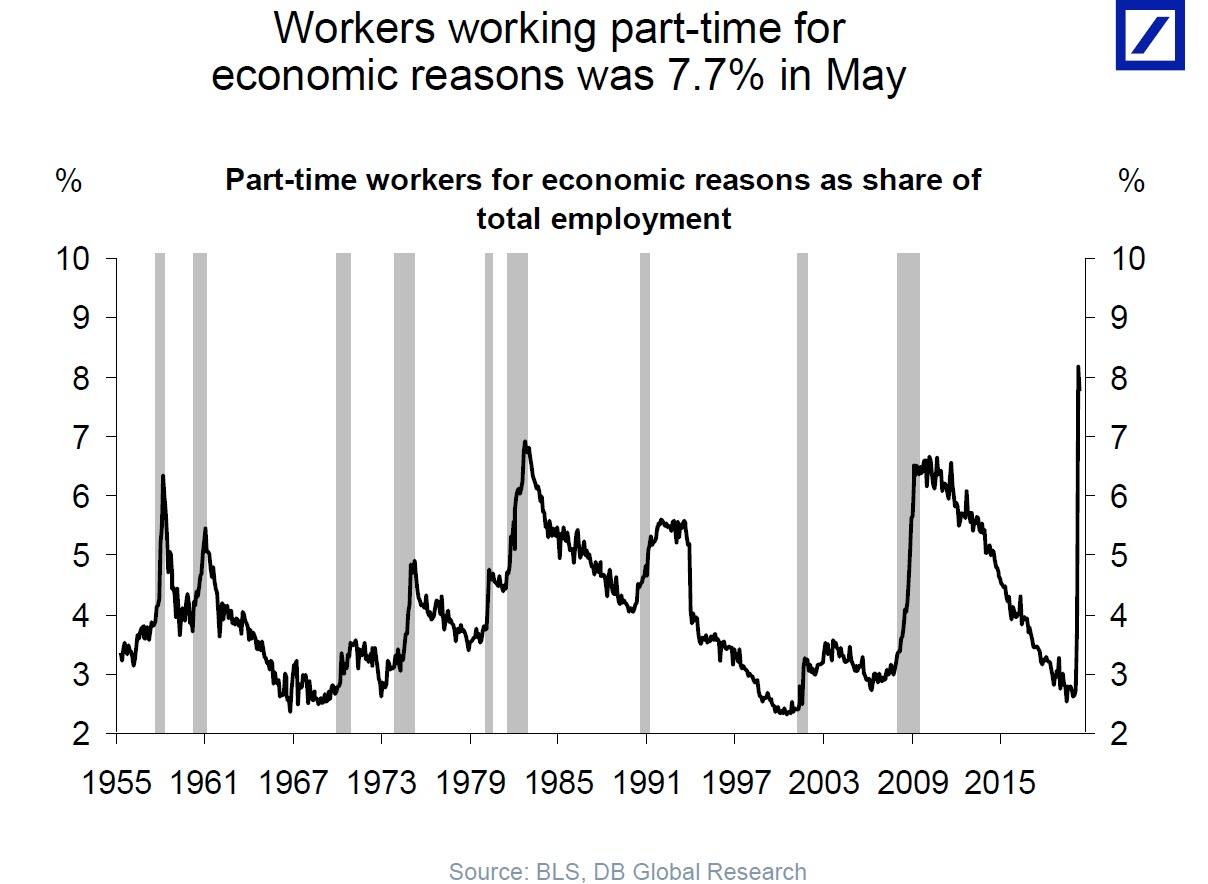 Adding insult to injury, the only jobs created in May according to Deutsche Bank were for highly-skilled, highly-paid workers as low and medium wage jobs continue to shed millions of workers – mostly young, recent graduates – as employers shift to zoom-ing or outsourcing. 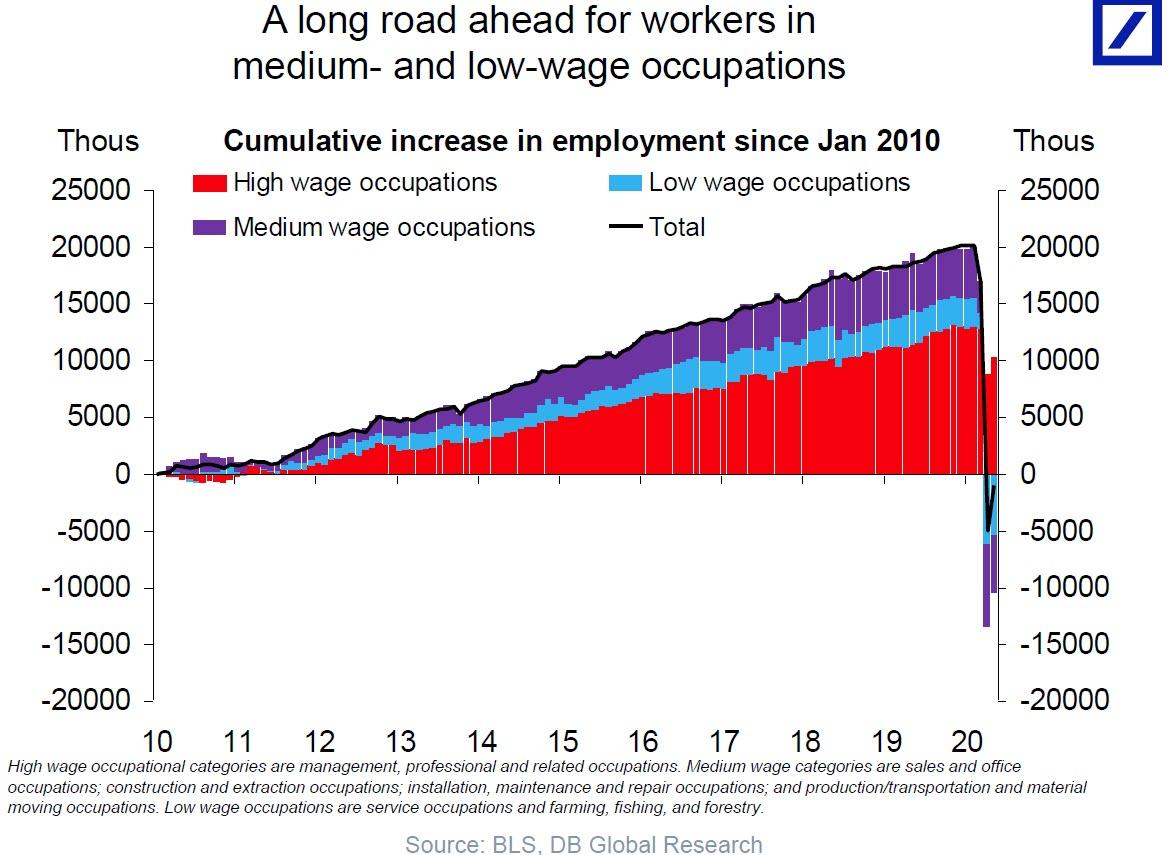 That said, we find the above chart unlikely since a breakdown of actual jobs added by industry shows that the low-paying leisure and hospitality, education and health, and retail trade made up 3 of the top 4 sectors. 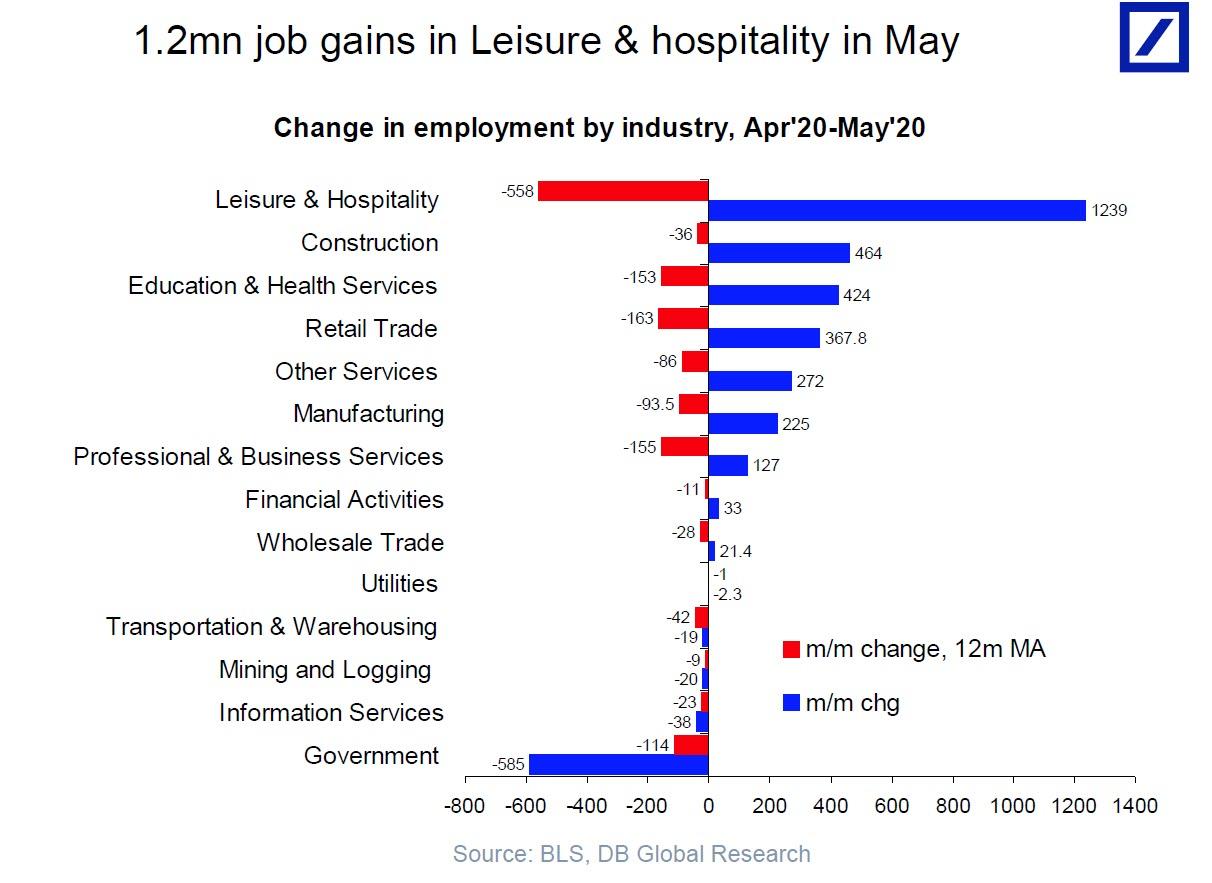 In any case, the unemployment rate for those without a college education is around 16% (and 20% for those who never finished high school), which is why with young, unemployed people already protesting almost daily, it is shaping up as a summer of teenage/young adult discontent and violence for the ages. 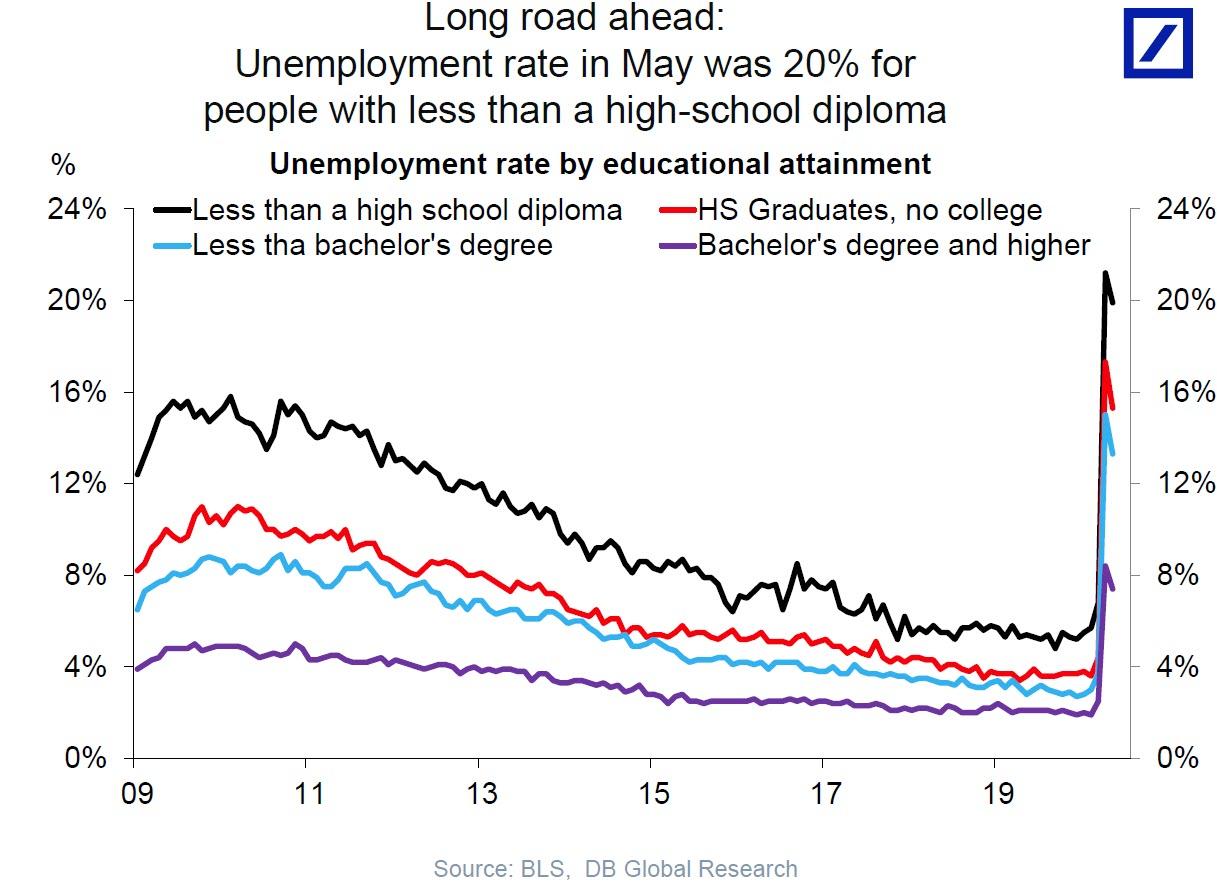 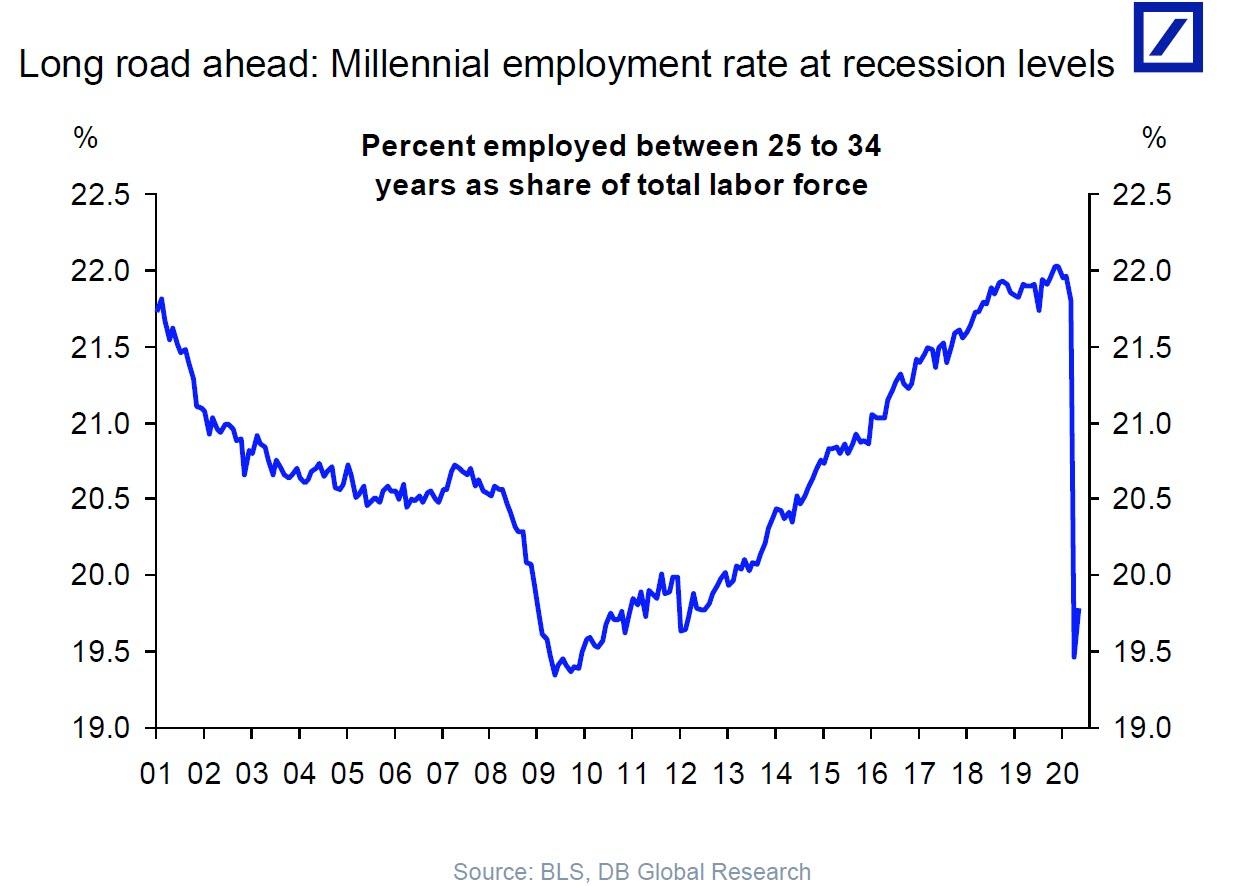 The core, prime-aged segment of the workforce, those 25-54 just saw a historic collapse in their job prospects. 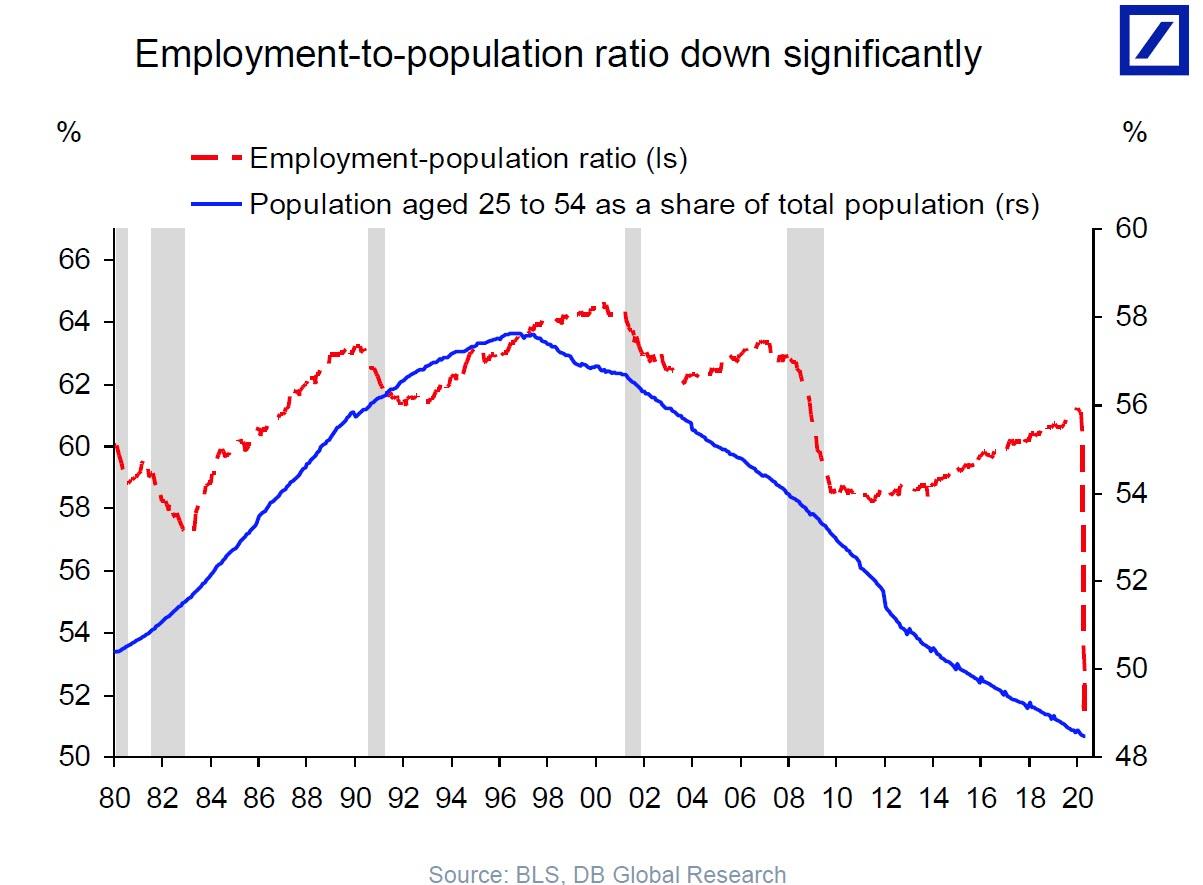 Yet while millennials are fired by the millions, so are older Americans: the ratio of employment of those 65 and older to the overall population just plunged to crisis levels as well. 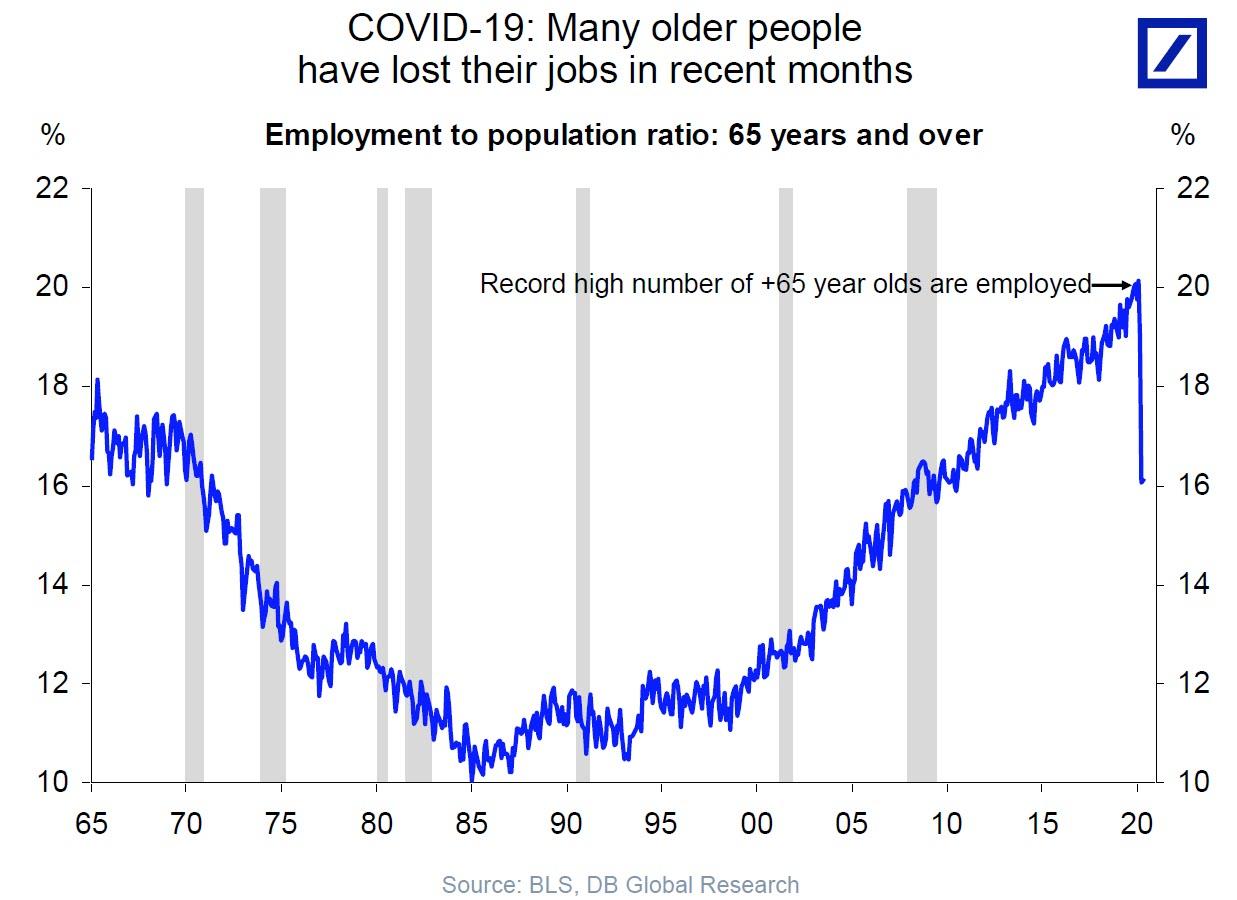 And here is the catalyst for the next round of social discontent: women unemployment is now far higher than that of men after being roughly the same before covid: how long before accusation of rampant employer sexism are the next big thing? 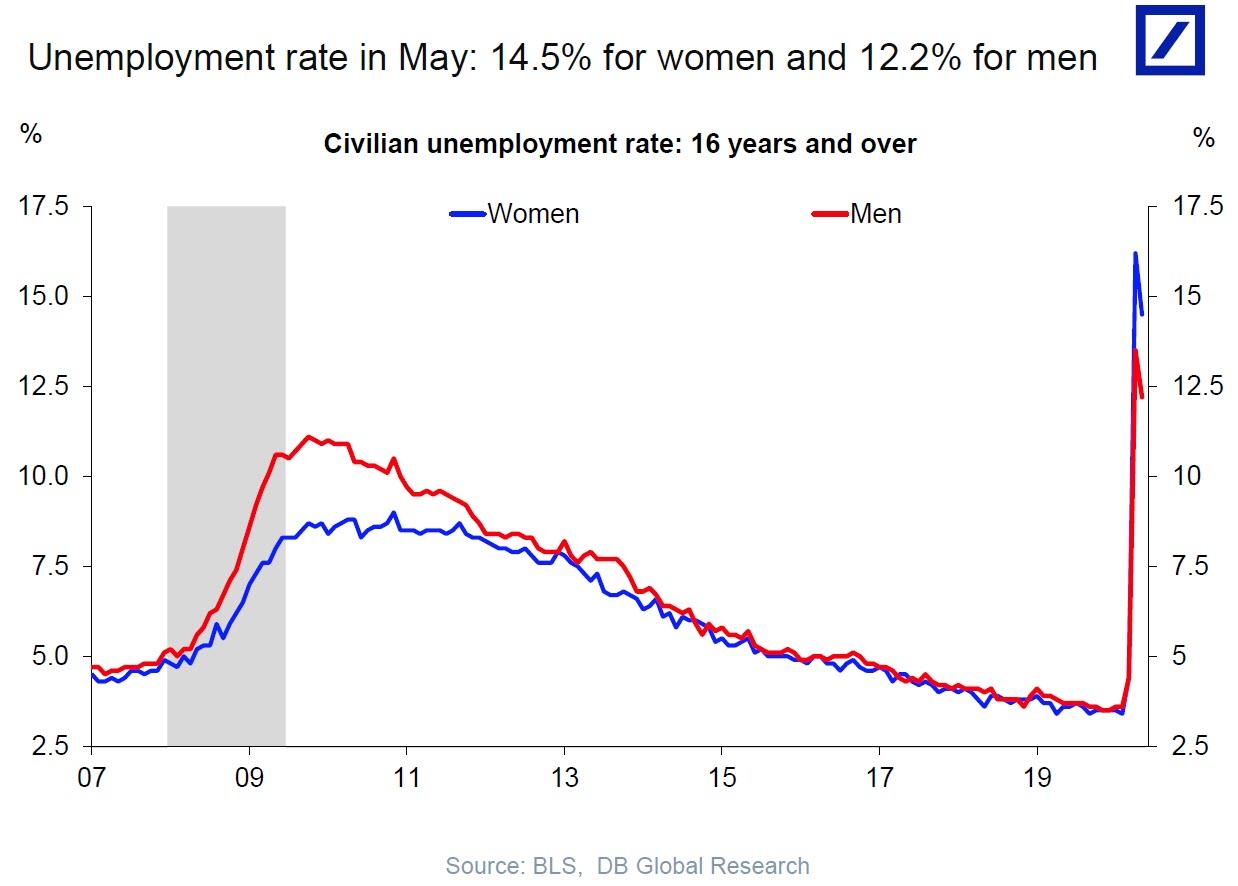 What is one to do with these data? Why buy stocks of course, what else. It is “Jay’s market“, where an economic depression means +∞ for the S&P.

Why Young Adults Are The Most Scared Of COVID, Even Though They Are The Least At Risk