Prior to the Franco-American alliance of 1778, and while France was technically neutral, American commissioner Silas Deane profited greatly by skimming money from a clandestine system that transferred arms from France to the American patriots.

After fellow American diplomat Arthur Lee revealed the impropriety, Thomas Paine rightly lambasted Deane in his own writings, and accused him of spearheading a corrupt financial scheme.

Though he told the truth about Deane, Paine’s musings subjected him to ridicule, and his reputation suffered. This was because, as a secret program, the arms transfer program was an embarrassment to France, which had only recently allied with the fledgling states.

Despite having support of radicals in Congress, the conservatives within the body succeeded in forcing him to resign as secretary to Foreign Affairs committee of Congress, which he had been appointed to. From that point onward, many people detested Paine, even though he revealed anti-republican corruption and sought to uphold public virtue.

Though he wasn’t the first American whistle-blower (I give this honor to James Otis), Paine was certainly one of the first – and he suffered for it greatly.

This post has been republished with permission from a publicly-available RSS feed found on Tenth Amendment Center. The views expressed by the original author(s) do not necessarily reflect the opinions or views of The Libertarian Hub, its owners or administrators. Any images included in the original article belong to and are the sole responsibility of the original author/website. The Libertarian Hub makes no claims of ownership of any imported photos/images and shall not be held liable for any unintended copyright infringement. Submit a DCMA takedown request.

The Tenth Amendment Center works to preserve and protect Tenth Amendment freedoms through information and education. The center serves as a forum for the study and exploration of state and individual sovereignty issues, focusing primarily on the decentralization of federal government power. Visit https://tenthamendmentcenter.com/

Donald Trump Declares ‘We Will Ultimately and Expeditiously Defeat This Virus’ 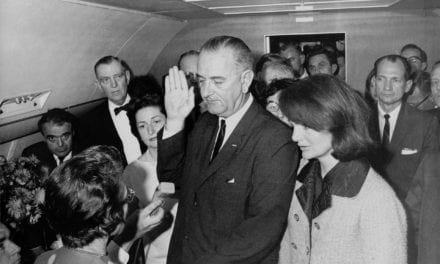