It appears to be official: the solar roof boondoggle is starting to get swept under the rug.

Tesla has started reaching out and cancelling “many” solar roof reservations due to “not covering” people’s areas, according to electrek. This comes almost 4 years after people have placed deposits on the roofs and since Musk uncovered the solar roof panels. The solar roof panels have been a topic of controversy not only with Tesla skeptics, but with experts in solar panels.

Initially, Tesla said installations would start in 2018. That was two years ago. Even CNBC was left asking: “What Happened to Tesla’s Solar Roof Tiles?” when they didn’t materialize 2 years later.

The company launched the Solar Roof V3 back in late 2019 and went on a hiring spree for people to be able to install the products, but now it looks as though the product still isn’t ready for primetime. We wonder if it will ever be… 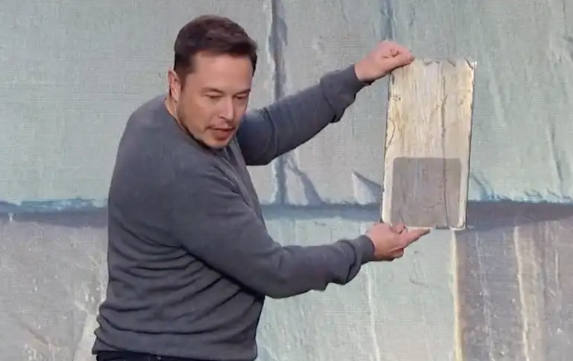 Though electrek says the company saw a bump in orders after the Solar Roof V3 and hiring binge, it says Tesla is now cancelling “many” solar roof orders. The company is sending customers the following email:

Upon further review, your home is not located within our currently planned service territory. The driving distance from our closest warehouse would make it difficult for us to provide you the high-quality service that our customers deserve. For this reason, we will not be able to proceed with your project.

People in Oregon and Michigan have received the email so far, and have been told that they would get a refund within seven to 10 days:

If you agree with our assessment, a response is not required. You will be receiving a refund of your deposit within 7-10 business days to the card used when placing your order. If you have additional questions or want more clarification, please reply to this email or call us at 877-701-7652.

Tesla had previously said its Solar Roof would be available for roll out in 2020. Back in February, however, Tesla and Panasonic ended their relationship at the company’s Buffalo solar plant.

I agree that this is a poor way to treat customers. I get that solar is tricky and there are places where it makes more sense to install solar power than others, but Tesla should have figured that out before taking $1,000 deposits and certainly shouldn’t have waited three years to start reimbursing the deposits.

Over the last few years, I’ve started to think that Tesla’s overall reservation system has little to no value for customers.

Recall, in October 2019, Musk claimed the company’s goal was to be doing 1,000 Solar Roof installs per week. He acknowledged that the company would not be producing the Solarglass roof at that rate for “at least several months”.

This news likely won’t help the company fight off a shareholder lawsuit that alleges Musk used Tesla’s resources to bailout an insolvent SolarCity.

Similarly, slowing or ending production could further pressure the company’s Buffalo plant, which was built and funded by $750 million in taxpayer money under the guise of producing solar panels. That plant was embroiled in a scandal of being a “very racist place” to work, according to complaints reported by employees in November 2019.

Tesla famously started operations at Buffalo in 2018 after getting a sweetheart deal to lease the facility from New York state for $1 per year and committing to spend $5 billion in the state.

It’s nice to see that money has gone completely to waste. We never had a doubt it would.

The Bulls Continue To Bet On The Fed