India Accused Of Underreporting COVID-19 Deaths As WHO Warns Global Outbreak Is Getting Worse: Live Updates

India Accused Of Underreporting COVID-19 Deaths As WHO Warns Global Outbreak Is Getting Worse: Live Updates

Earlier this week, while many Americans (and many more abroad) were focused on the demonstrations sparked by the murder of George Floyd in Minneapolis PD custody, WHO Director-General Dr. Tedros Adhanom Ghebreyesus warned during one of the NGO’s regular press briefings in Geneva that “although the situation in Europe is improving, globally it is worsening.”

That formidable reality hit the market like a brick through a Starbucks window on Thursday, as the Dow plunged nearly 2000 points in a brief but painful reminder of March’s untenable market conditions.

But since then, millions of Americans have gotten free money from the government in the form of “enhanced” unemployment benefits and, of course, the stim check – but we digress. Like Dr. Tedros said, the number of new cases confirmed daily across the world has continued to climb, following a brief plateau, as India, Mexico, Brazil and Russia have emerged as the new global hotspots.

Indian PM Narendra Modi won plaudits for a restrictive lockdown that began in late March and endured until this week. But as restrictions have eased over the last month, it appears the number of newly reported cases has surged beyond the level that could have been justified by the increase in testing capacity alone. Using a logarithmic scale helps highlight the magnitude of the outbreak, which as many have argued, doesn’t constitute a ‘second wave’, since the first wave never really receded.

Adding to the uncomfortable spotlight on India, the FT reported last night on allegations that the government in New Delhi has been under-reporting coronavirus deaths as the country eases its strict lockdown in an attempt to kick-start the economy.

Citing doctors at five of the 15 hospitals in the capital city, which, along with Mumbai, is one of the two worst-hit areas of the world’s second most-populous country, the FT claimed that the number of dead killed by the virus in the city has far outstripped the official numbers reported to public health officials. The figures provided by the doctors exceeded the official tally by more than 100 deaths. And that’s just across 5 hospitals in the city. At this rate, India is report nearly 400 deaths a day, the highest levels since the virus arrived in the country.

We reported last night that Houston, Texas is weighing whether to reopen an emergency COVID-19 hospital that was never used as the number if cases in the area surges, while officials consider whether to reimpose a stay-at-home order.

On CNBC, one reporter described the picture in the US as “a tale of two countries” with states in the south and west reporting a sharp upsurge in cases and hospitalizations, while the Greater New York area continues to see cases and deaths fall to lows not seen since the early days of the pandemic. In some states, like Oregon, testing and contact-tracing have been blamed for the uptick in new cases, while Arizona, which reopened much more quickly than Oregon, has seen new cases outstrip the increase in testing.

According to the NYT, 23 states are seeing the number of new cases increasing on a daily basis.

As the death toll skyrockets in Brazil, volunteers critical of President Jair Bolsonaro’s response (or rather, lack thereof) dug 100 graves with black crosses on Rio’s Copacabana Beach in memory of the 40,000 Brazilians who have succumbed to the virus, according to official numbers, NPR reports. 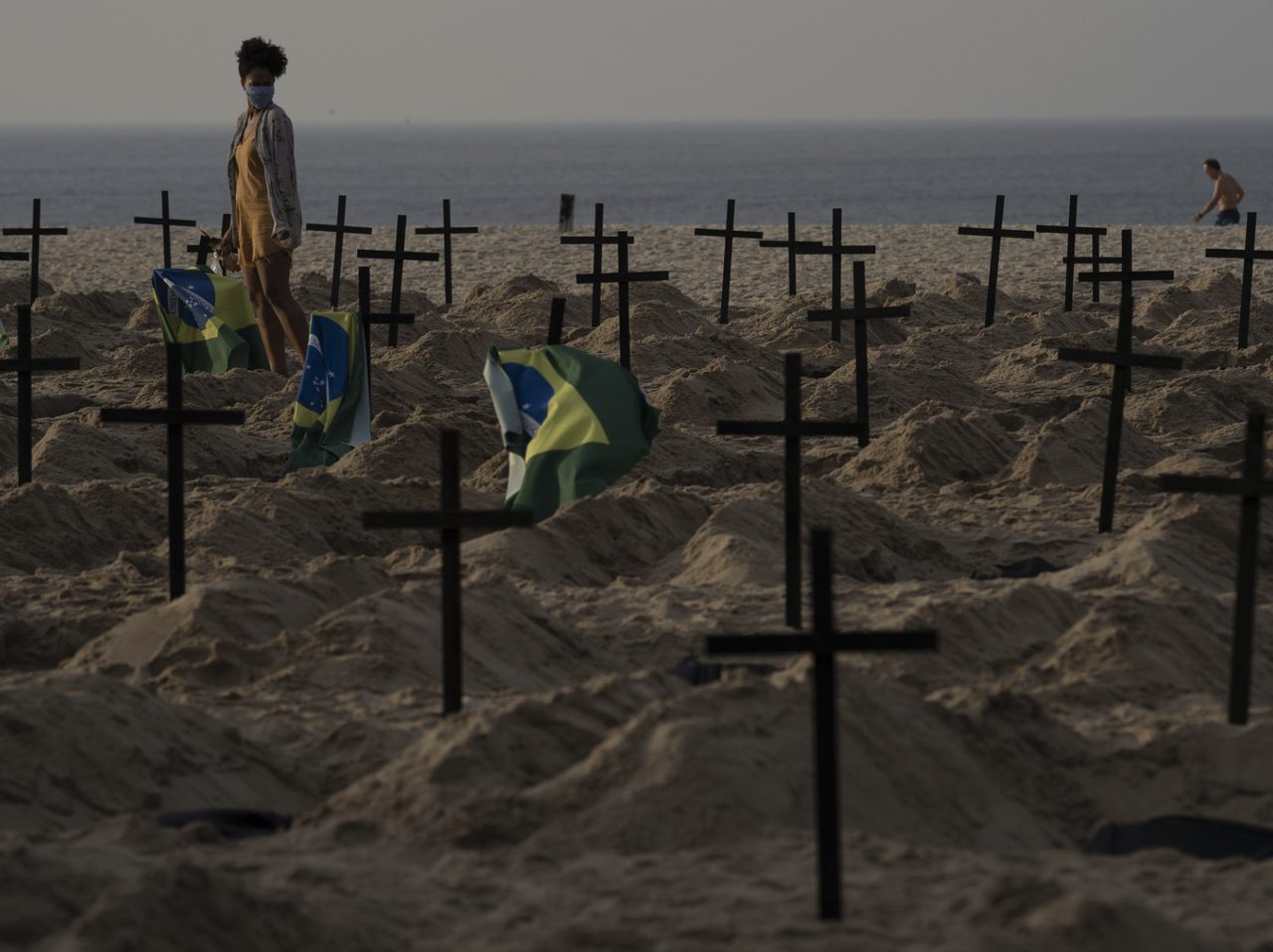 Like India, Brazil has been repeatedly accused of underreporting both cases and deaths; on both, Brazil ranks second only to the US.

Meanwhile in Europe, even the UK, which has struggled with a particularly intractable outbreak, is finally seeing evidence of a sustained decline. The number of people with the virus in England continues to fall, according to a weekly infection survey by the ONS. It follows news that the UK economy shrank at a record 20.4% in April, the largest contraction on record.