Republic Of CHAZ Begins Reparations; White Participants Pressured To Give Blacks $10 Each

Republic Of CHAZ Begins Reparations; White Participants Pressured To Give Blacks $10 Each

Seattle’s so-called Capitol Hill Autonomous Zone (CHAZ) has begun reparations, as white members of the fledgling sovereignty were asked on Friday night to give at least one black person $10 before leaving the area. 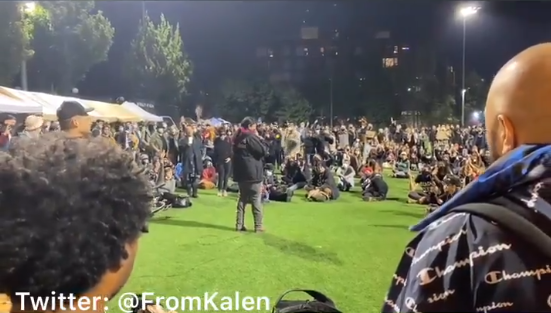 “I want you to find, by the time you leave this autonomous zone, I want you to give ten dollars to one African American person from this autonomous zone. And if you find that’s difficult – if you find it’s hard for you to give ten dollars to people of color, to black people expecially [sic], you have to think really critically about – in the future, are you going to actually give up power and land and capital when you have it?

In short, cough up or GTFO.

Meanwhile, CHAZ’s efforts at gardening appear to be ill-fated. Perhaps they will cross their fortified borders into the United States to resupply at the local Whole Foods.

HAHAHAHAHA this is the antifa “garden.”

This almost makes me want to believe in god because truly seeing something this absolutely insane, this totally degraded and dumb, has to be a miracle. pic.twitter.com/Hp7WNqCsFV

The confrontation continued in the CHAZ/CHOP as the “Christ Zone” guy accused someone of stealing his phone. A person came up and said, “Mental health, we got this.” To which another person said, “No, you don’t ‘got this!’”

It was eventually resolved. pic.twitter.com/gDwngQdZz7