As Andrew Cuomo urges everyone who attended protests in the state to get tested, officials in California, in the Bay Area and LA County and the surrounding area, have warned that the protests over George Floyd’s death have contributed to the increase in daily confirmed infection totals seen in recent weeks.

Now, less than a day after San Francisco mayor said she would put plans to ease more restrictions Monday on hold following a concerning uptick in new infections, Philadelphia city officials on Saturday have just warned that they are considering a similar delay, which would postpone the move into the “green phase” of the city’s reopening, CBS News reports. 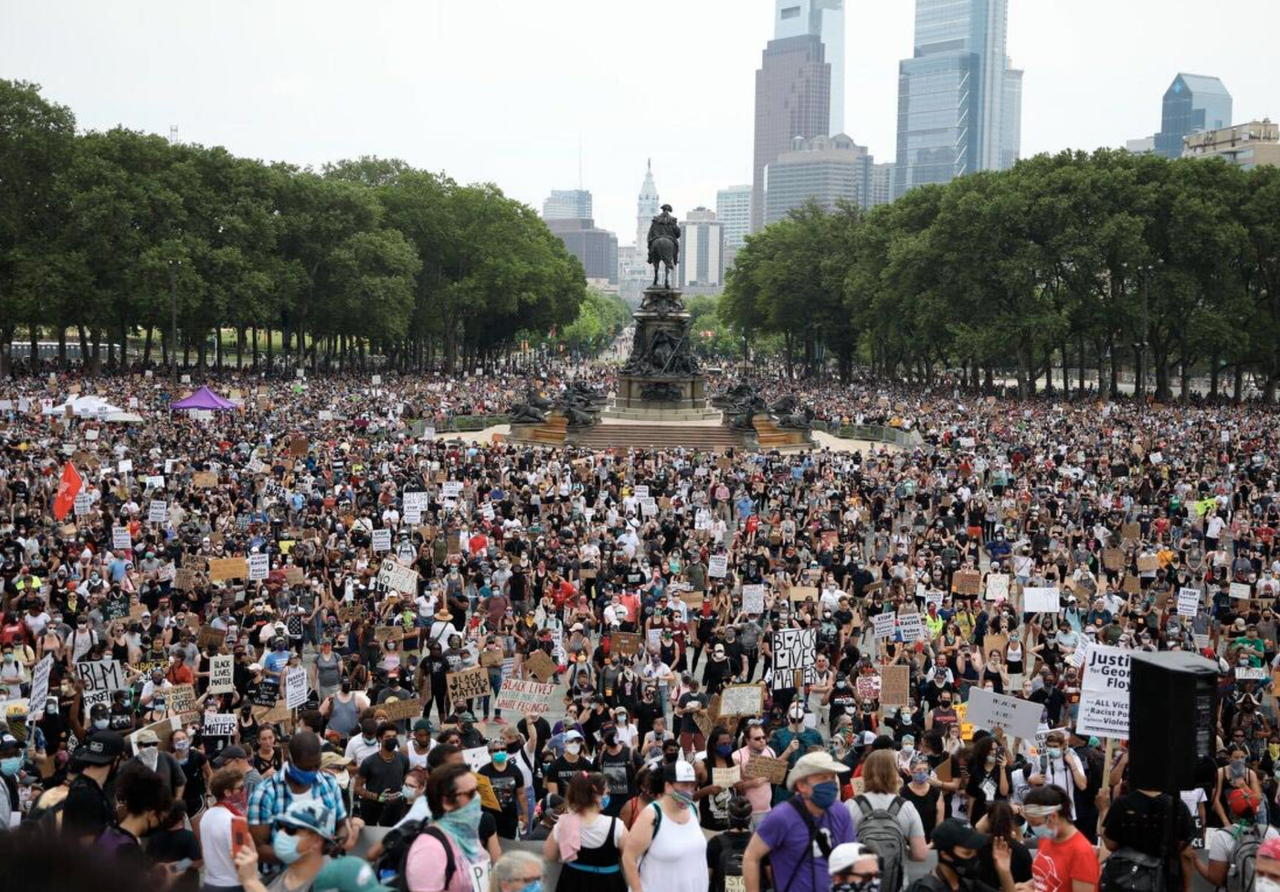 Though the state of PA reported just 600 new cases on Friday, the mayor of Philadelphia announced yesterday that he would require masks to be worn inside all public buildings, and during large crowds when outside. This comes as Philadelphia, and the surrounding area like Montgomery County…

54 New Cases Of #Coronavirus Friday, In #philadelphia suburb of Montgomery County…Despite still being under #LOCKDOWN order.
Don’t worry, those massive BLM protests in Philly, that were encouraged by the dem leadership, had nothing to do with it 🤪 https://t.co/J3kaSh2Yny

…are seeing a concentration of new cases.

“Today, we will be issuing a mandatory mask order for the City of Philadelphia,” Farley said. “There will be limited exceptions, such as an exception for children under the age of 8.”

It’s an effort to curb what the health commissioner calls a second wave of COVID-19. But why would this city even be worried about a second wave, if it weren’t for the protests that rocked the city for two weeks straight.

After weeks of progress and lowering numbers, there’s an uptick in cases, which is not related to the increased testing, but to young people – including a surprising number of teenagers – attending “social events”.

“We have noticed in particular, a spike in cases among teenagers between the ages of 16 to 19 that appear to be from them attending social events,” Farley said.

We wonder: Which “events” is he referring to? We suspect most of them haven’t been attending graduation parties.

Even (hopefully nonpartisan) health care officials have warned that they’re “really concerned” about the situation in the city of Brotherly Love.

“We’re really concerned,” said Dr. Deborah Pierce, with the Einstein Healthcare Network. She said the emergency department at Einstein has been seeing evidence of a second wave, “evidence” which has somehow eluded the attention of the press.

Twentysomethings and thirtysomethings likely aren’t going to bars – at least not in Philadelphia. So where are they getting sick?

“Patients that are in their 20s and even younger than that, and that’s a huge concern because that’s a population that everybody thought was somewhat protected and now we’re seeing those patients with more and more symptoms, not just asymptotic disease,” Pierce said.
Doctors say spikes in cases around the country, that now includes Pennsylvania, are mainly among younger people.

There only seems to be one feasible explanation.

It’s offensive, wrong, fascist, and racist to suggest the enormous non-socially distant mass gatherings which occurred in Philadelphia within the relevant time period could have had anything to do with thishttps://t.co/fTKzOm94DB

Even the NYT’s Nate Silver apparently felt obligated to point out that ‘blue’ states haven’t been as universally effective at combating the virus.

The relationship between the current rise in COVID cases and the partisanship of a state/city/county is much weaker and more complicated than the commentariat seems to assume. https://t.co/m5wOcjZFTS

It’s almost as if allowing large crowds of people to gather night after night in violation of social distancing restrictions might have helped contribute to this ‘second wave’ that we’re seeing unfold across the US.

Don’t Forget to Celebrate Capital on Labor Day, Too