With the leftist cancel mob now looking to erase Mount Rushmore, President Trump is heading to the South Dakota landmark to kick off his 4th of July weekend.

The president will enjoy a fireworks display with some 7,500 people – who won’t be required to wear masks or socially distance. The monument, featuring the faces of  Presidents George Washington, Thomas Jefferson, Abraham Lincoln and Theodore Roosevelt, hasn’t had fireworks since 2009 due to environmental concerns, according to Reuters. 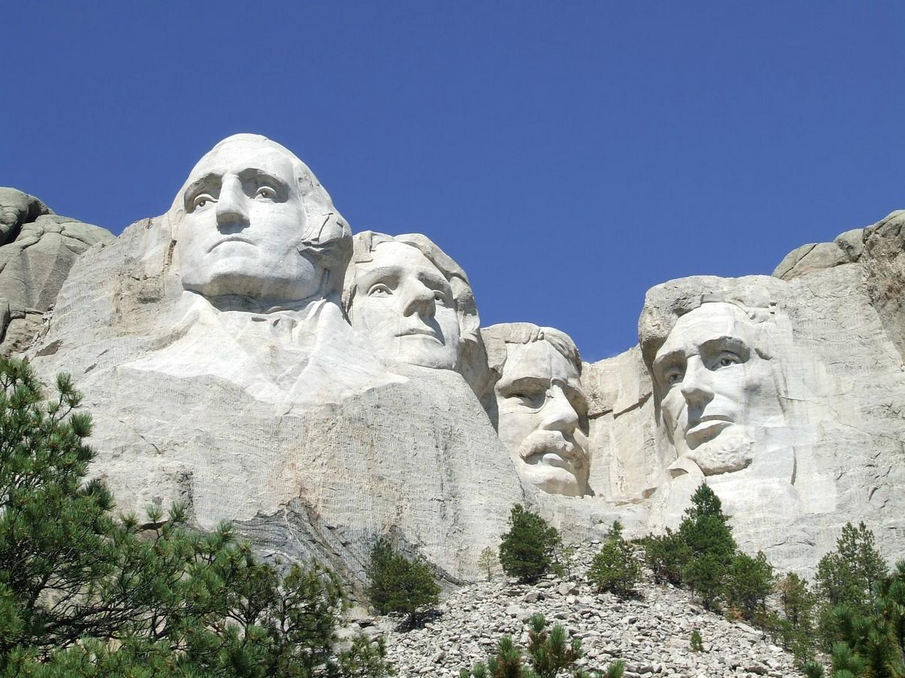 In addition to fireworks, the event will feature Lakota storytellers, a military flyover, hoop dancers, and of course – President Trump will entertain the crowd.

Governor Kristi Noem (R) told Fox News on Monday night that attendees at Trump’s Friday night event at the monument said that people who have health concerns over COVID-19 can “stay home,” but that face masks will be distributed so people can “choose to wear one.”

“We’re asking them to come, be ready to celebrate, to enjoy the freedoms and the liberties that we have in this country,” said Noem. “But we won’t be social distancing.“

Native Americans, who reportedly plan to protest during the trip, have criticized Trump’s visit for increasing the risk of spreading the virus and for celebrating U.S. independence in an area that is sacred to them.

The Democratic National Committee (DNC) tweeted at one point that Trump had disrespected Native Americans and that the event was “glorifying white supremacy.” It later deleted the tweet.

Both Washington and Jefferson, revered for their roles in the founding of the nation, were slave owners. –Reuters

Cheyanne River Sioux Tribe chairman Harold Frazier has called for the removal of Mount Rushmore, saying in a statement “Nothing stands as a greater reminder to the Great Sioux Nation of a country that cannot keep a promise of treaty then the faces carved into our sacred land on what the United States calls Mount Rushmore.”

“The United States of America wishes for all of us to be citizens and a family of their republic yet when they get bored of looking at those faces we are left looking at our molesters,” he added in the June 29 comments.

That said, as Fox News‘ Rebecca Grant pointed out on Friday in an Op-Ed (which quoted Tilsen), nobody seemed to have a problem with the ‘racist’ monument ‘built on indigenous land’ when former President Obama and Hillary Clinton visited during their 2008 campaigns.

Candidate Obama and a bus of campaign reporters visited Mount Rushmore late on a Friday evening in May 2008. The New York Times covered it as an adorable moment with Obama’s “tie not a half-inch ajar” and Obama joking with park rangers that his ears were too big to carve on the mountain.

Candidate Hillary Clinton had already been there. On her photo op a few days earlier, a reporter asked her if she could envision herself carved on the mountain. According to CBS, this prompted a visibly annoyed Clinton to say: “Why don’t you learn something about the monument?” Good point.

But a dozen years on, it may be too late for history. –Fox News

Meanwhile, Grant points out that while the left seems to be intent on erasing America’s past, they’ve conveniently overlooked that “every square inch of the United States, plus the rest of North America and Latin America, once “had been Indigenous land.”” – and that “Even the headquarters of oh-so politically correct New York Times sits on land in Manhattan that once belonged to indigenous people before it was purchased for almost nothing by the Dutch and later taken by the British.”

This is all irrelevant. If anyone tries to destroy Mount Rushmore, there will be a civil war. https://t.co/Mb5J8PwaWW

Moreover, three of the four presidents on Mount Rushmore – Washington, Jefferson and Lincoln, were all deceased when the US took control of the Black Hills in 1877, while Roosevelt was just 19 years old.

Trump will hold another 4th of July celebration on Saturday in Washington DC.

Risks From Missing School Are Worse For Kids Than Virus: UK Medical Officers

The Irresistible Allure of Stephanie Kelton and Modern Monetary Theory

Silver & The Epochal Maldistribution Of Wealth