In May, readers may recall we said social distancing would revive drive-in movie theaters in a post-corona world. And boy, were we right.

A press release via Walmart on Wednesday (July 1) said, “Walmart is transforming 160 of its store parking lots into contact-free drive-in movie theaters where customers can safely gather to watch movies programmed by the Tribeca Drive-in team.”

Beginning in August, Walmart will roll out this red carpet experience in towns across the country for a combined 320 showings. This family-friendly night will include hit movies, special appearances from filmmakers and celebrities and concessions delivered right to customer vehicles. 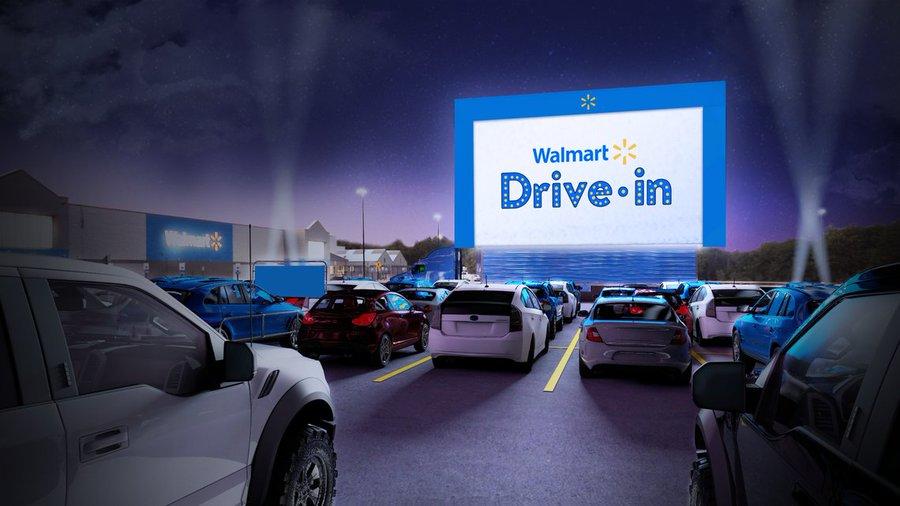 Walmart’s drive-in tour will run through October. Additional details will be announced closer to the start of the tour. More information can be found here: walmartdrive-in.com.

Ahead of each screening, Walmart will make it easy for families to fill their picnic baskets by ordering their drive-in essentials online for curbside pickup on the way to their movie. For families itching for the big screen now, Walmart is also partnering with the Tribeca Drive-in to serve as a presenting partner for its Tribeca Drive-In movie series, which begins this Thursday, July 2. – Walmart press release

“But now, the Tribeca Drive-In is much more than a fun, retro way to see movies — it’s one of the safest ways for communities to gather. We are thrilled to partner with Walmart to bring more people together around the shared cinematic experiences that Tribeca is known for.” 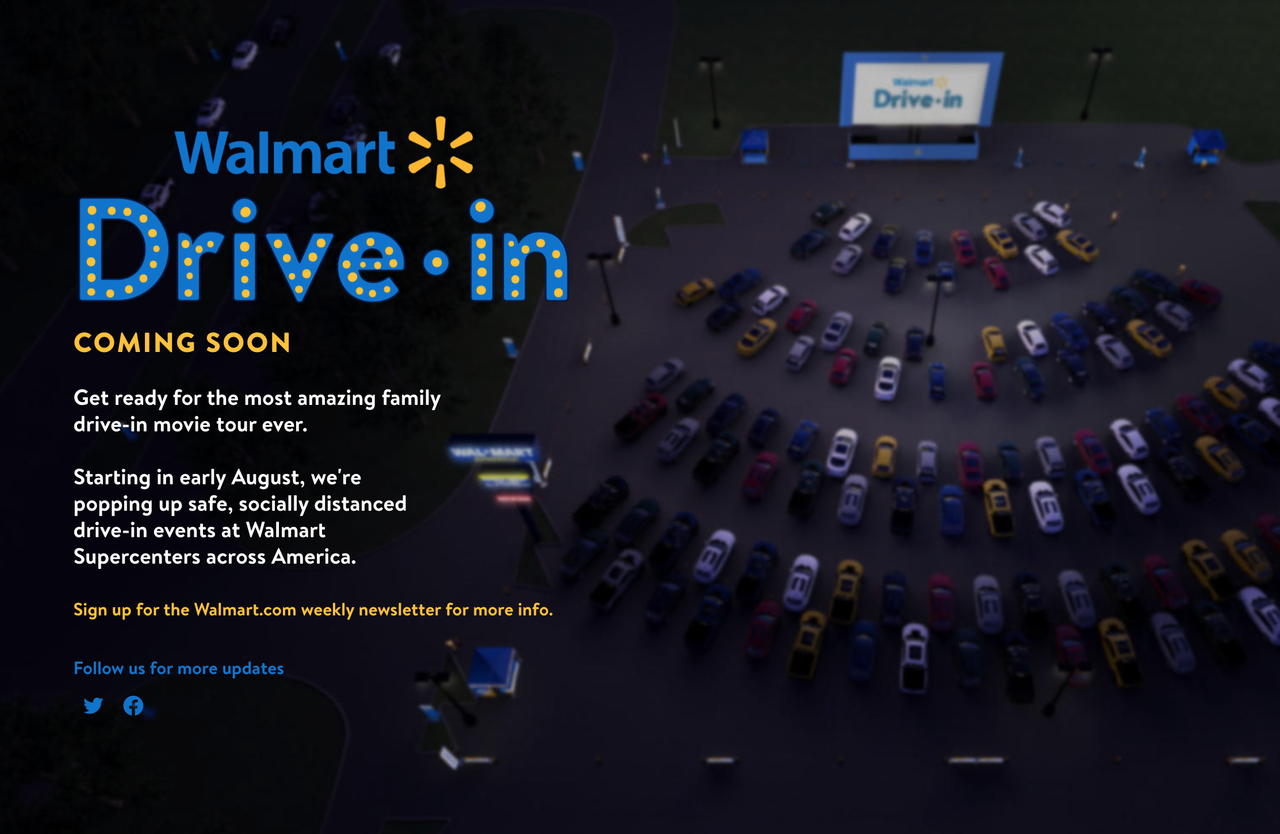 As we noted several months back, more than half a century ago, there were nearly 4,000 drive-in movie theaters across the US. Now there’s less than 300 – but that’s all expected to change in a post-corona, contactless world.

Google search trend “drive-in movie theater near me” has erupted to a near multi-decade high. 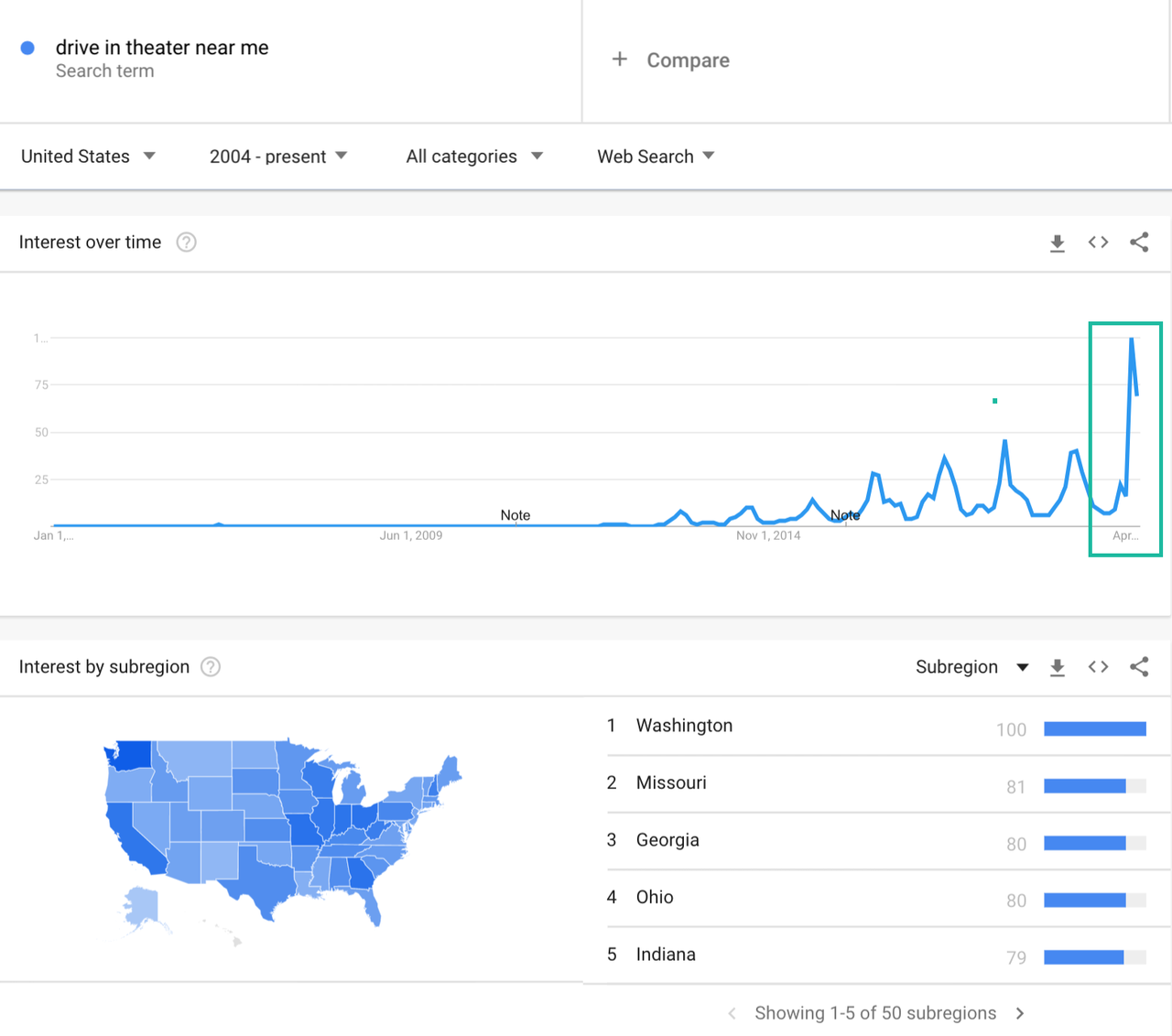 It’s clear that Americans have little intentions in returning to a traditional movie theater as virus cases surge and states pause or reverse reopenings, have now opted for the second-best thing, that is, a drive-in movie theater, soon to be featured in Walmart parking lots.

The Status of Bastion Magazine