Lifestyles Of The Mega-Rich & Fearful: Inside The Luxury Apocalypse Bunker

Lifestyles Of The Mega-Rich & Fearful: Inside The Luxury Apocalypse Bunker

When it comes to doomsday bunkers – we might have found the ‘Cadillac’ of underground shelters for the superrich to ride out the virus pandemic and social-economic implosion of America.

Condos start at $1 million, plus an extra $2,500 per month condo fee to cover expenses in the bunker, such as food, ammo, electricity, and internet connectivity.

CNET spoke with Larry Hall, the owner of the Survival Condo, who said the bunker is 15 floors and buried 200 feet underground. 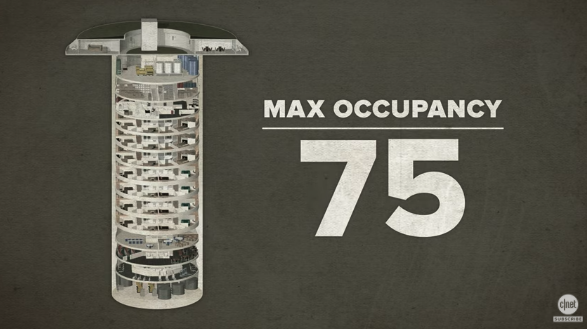 “Beneath the dome, the cylindrical silo houses a further 14 floors — the top three floors are where you’ll find the mechanical rooms, medical facilities and a food store (complete with a full hydroponics and aquaculture setup), followed beneath by seven levels of residential condos. At the bottom, the final four floors house the classroom and library, a cinema and bar, and a workout room (with a sauna),” CNET said. 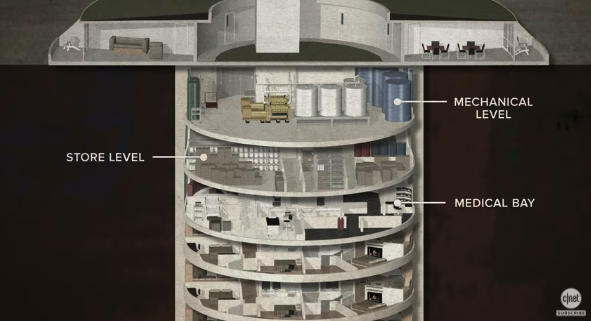 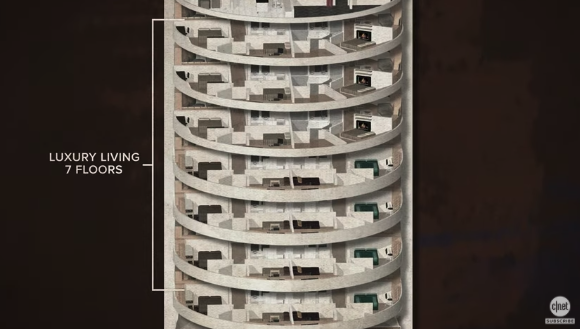 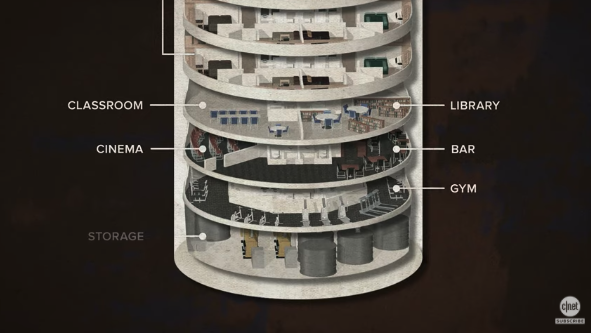 The facility has a maximum occupancy of 75 people that can survive for about five years. Here are some of the condo features:

There’s also a shooting range and pool to keep occupants trained for the apocalypse.

The smallest unit costs around $1 million, with the largest about $3 million. Condos are predominantly owned by wealthy elites:

“All of our people are self-made millionaires,” Hall said. “They’re very successful: doctors, engineers, lawyers, international business people… almost all of them have children. And they’re concerned about the ‘what if’ scenario.”

Video: Inside the doomsday bunker

Somewhere in rural Kansas – millionaires have a luxury bunker where they can ride out the socio-economic implosion of America. Can even withstand a nuclear blast if the president decides to go to war with China. After all, President Trump didn’t spend trillions of dollars on the military to look at shiny new hypersonic missiles and fifth-generation fighters at future parades in Washington, D.C. The rich are preparing for the end game – the world has already entered a period of chaos that could persist through the 2020s.